Georgian cartographers accused of “selling” a slice of the homeland 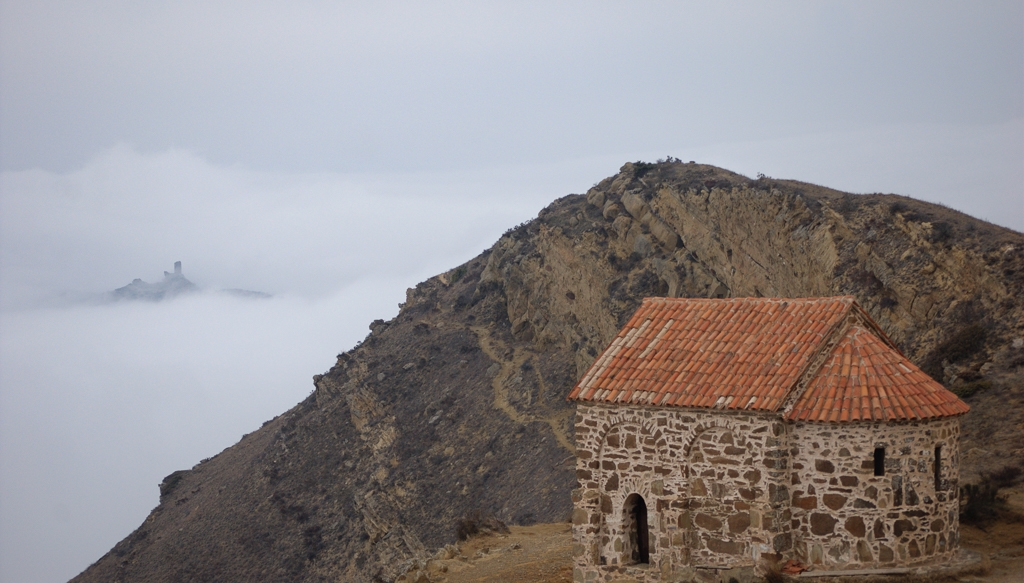 Iveri Melashvili never expected to be famous. Nearing retirement after a modest government career in cartography, the 62-year-old’s name has suddenly made national headlines and led TV broadcasts – vilified as a traitor or honored as a political martyr.

He stands accused of literally selling out his homeland, 14 square kilometers of it. In the authorities’ telling, he deliberately gave bad cartographic advice to the government that all but resulted in the handover of a little bit of the country’s territory to Azerbaijan. They have charged him with treason.

“This is like a bad dream,” Melashvili told Eurasianet while sitting at his desk, maps strewn in front of him. “Everything is so absurd and terrible that I don’t even know where to start.”

After spending four months in jail with another cartographer colleague, Natalia Ilychova, Melashvili was released on bail on January 28. The verdict in the case is still pending but he remains the subject of a fierce public-shaming campaign by the ruling Georgian Dream party, affiliated media outlets, and an army of online bots and trolls.

“They spread all sort of ugly lies about me and my family,” Melashvili said. The online abuse occasionally spills over into real-life insults; a stranger recently accosted him while he was shopping.

At issue is a rocky sliver of land along the border between Georgia and Azerbaijan. In the Soviet era, the border between the two republics was repeatedly, and imprecisely, redrawn, leaving the two countries with only a vague international border when they gained independence in 1991. Even after three decades of negotiations, about 35 percent of the border remains undelineated. The most sensitive section lies next to the medieval monasteries of Davit Gareja.

There have been occasional tensions in that particular area between Georgian monks and nationalist activists on one side, and Azerbaijani border guards on the other. The Georgian authorities have tried to solve the issue by offering Azerbaijan land along another part of the border, but to no avail.

The only map to which both Soviet republics’ leadership agreed was drawn in 1938, and it became the basis for the border negotiations between independent Georgia and Azerbaijan. That map placed a small section of Davit Gareja in Azerbaijan, but also left room for interpretation along other segments of the border. “The problem with old maps [drawn] at a large scale is that even the tiniest dot you make on them signifies an area of many square kilometers on the ground,” Melashvili said.

The two countries sought more precise maps from later periods and guidance from cartographers; Melashvili and Ilychova were giving technical assistance to the Georgian side. Serving on the delimitation commission for 25 years, Melashvili watched a series of Georgian governments attempt, and fail, to solve the Davit Gareja issue.

Then last fall, out of the blue, Georgian prosecutors announced that they had discovered “hidden” maps from the 1930s that would resolve the Davit Gareja dispute in Tbilisi’s favor, and that Melashvili and Ilychova knew of these maps but kept them quiet. They were arrested on October 7, on charges of committing “an act against Georgia directed at transferring all of Georgian territory to a foreign state.”

Melashvili and Ilychova insist that the maps were never hidden, but had been reviewed by the border commission and dismissed as unusable. “Points on those maps were off by anywhere from 300 to 700 meters, which is something that would be obvious to the Azerbaijani side,” Melashvili said. “It would be like us trying to buy things with obviously fake money.”

The charges were announced the month before pivotal parliamentary elections, and the ruling party used the case to attack the main opposition United National Movement party, which was in power when the alleged cartographic skullduggery took place.

UNM “deserves to be banned because of the treasonous surrender of Davit Gareja,” Defense Minister Irakli Gharibashvili, the political secretary of Georgian Dream, said a month before the election. The voters faced a simple choice “between treason and […] patriotism,” he said. Broadcasts of the government’s main mouthpiece, Imedi TV, were emblazoned with a message “Davit Gareja is Georgia.”

The charges appalled Georgia’s liberals and intellectuals, who have rallied in support of the cartographers, even holding demonstrations. Georgian Dream had “difficulty securing a third term and began a witch hunt,” said prominent sociologist Iago Kachkachishvili in a February 3 television interview. He said that an imaginary story of “treason” roused patriotic feelings and helped the party connect to nationalist voters.

Melashvili himself blames Georgian Dream founder Bidzina Ivanishvili, who he says forced party officials, prosecutors, and courts to do his bidding. “I have every reason to believe this was an election trick by Ivanishvili,” Melashvili said.

Even two months after the election – which resulted in a decisive, if controversial, Georgian Dream victory – the government continues to press the case against the cartographers.

Georgian Dream officials have dropped hints that additional charges might be brought, and that they could be against high-ranking former officials. Broadcasts on the government’s top mouthpiece, Imedi TV, have been emblazoned with a message “Davit Gareja is Georgia” a slogan that also is being used as a hashtag in social media campaigns.

In fact, the Davit Gareja segment of the border doesn’t directly figure into the charges against the cartographers. Prosecutors instead hold the two responsible for decisions made regarding other sections of the border that were agreed between Azerbaijan and Georgia between 2004 and 2007. The Georgian government has said it will try to reverse these agreements.

But in the public discourse, distinctions between different segments and the actual charges are as blurry as the disputed border. The framing around the monasteries made it especially sensitive to the faithful, and at a time when tensions in the region were already high as a result of the war between Armenia and Azerbaijan. While the narrative is that cartographers “sold Georgia’s land,” the buyer is never explicitly named. By implication, though, it’s obviously Azerbaijan – a strategic partner of Georgia. In the hoopla, some Georgians adopted the hashtag #AzerbaijanisanOccupier, or called for boycotts against the Azerbaijani state oil company SOCAR.

To many Georgians, the case amounts to a political show trial. One commentator, Jaba Devdariani, called it “Georgia’s Dreyfus Affair.”

Melashvili, meanwhile, sees it as a struggle of emotion against expertise. Since the case began, a variety of nationalists, armchair cartographers, and priests have been holding forth about how they think the border should be drawn. “That all of Davit Gareja is Georgian is an emotional and cultural truth,” he said. “But the key is to make it a cartographic reality, accepted by international law.”