The Georgian lari has become one of the fastest depreciating currencies in Europe, despite the fact that coronavirus has hit the country relatively weakly. 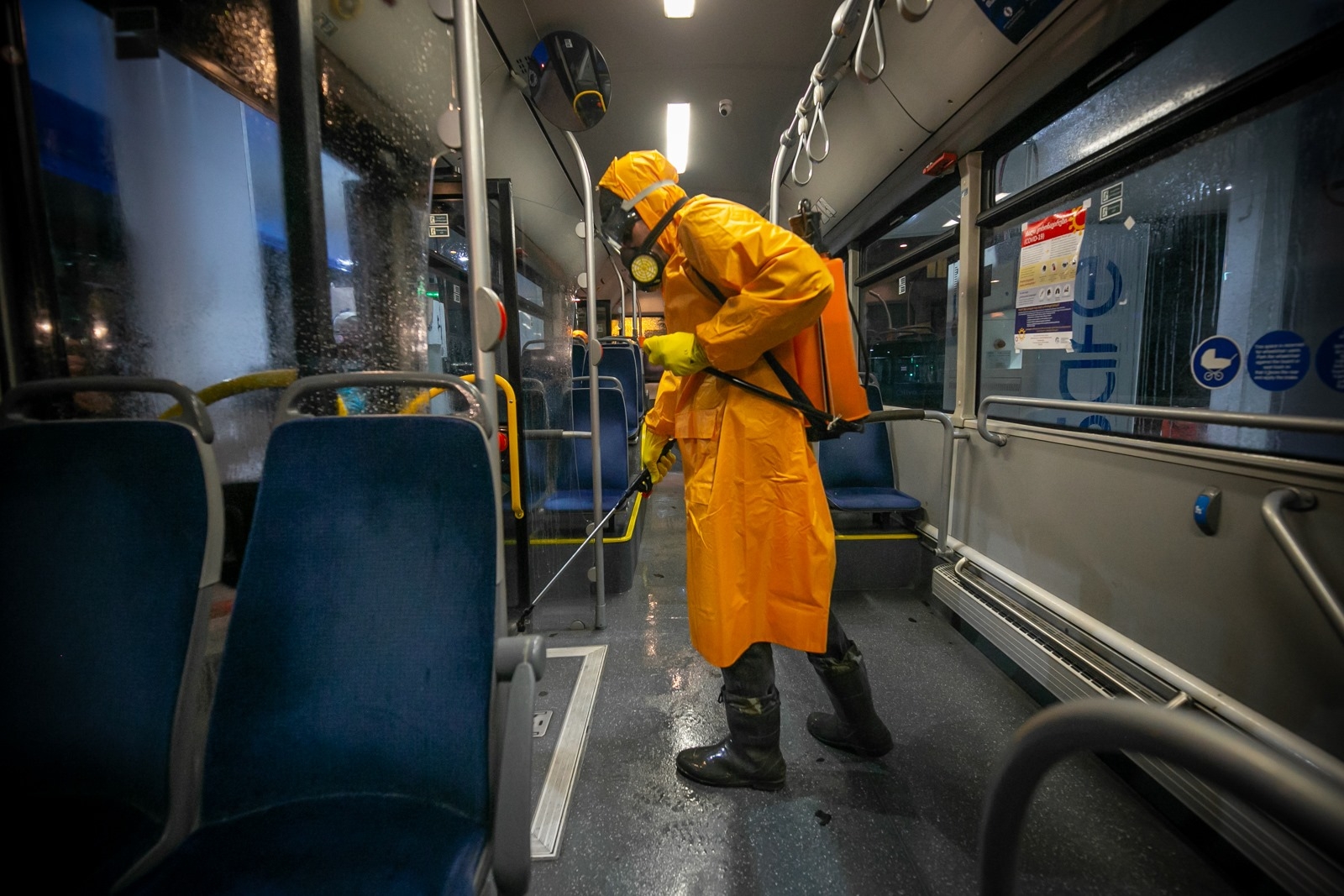 The spreading coronavirus crisis has sent Georgia’s currency into a tailspin, forcing people to tighten their purse strings across the already cash-strapped nation. The lari hit 3.46 to the U.S. dollar on March 26, down 20 percent from two weeks earlier.

“Sugar, chicken, soap, everything has gotten pricier,” one elderly shopper reported after coming out of a Nikora grocery store in Tbilisi’s Saburtalo district. The news sparked ripples of grumbles among the people queuing outside (the shop was only letting in three people at a time, to comply with the government’s social distancing requirements). “If they [the government] don’t do anything, soon the lari will become a pretty piece of paper you can frame and put on the wall,” the shopper, 72-year-old pensioner Naira Avaliani, told Eurasianet.

Avaliani’s monthly pension of 220 lari ($63) is losing daily whatever little purchasing power it used to have as the COVID-19 outbreak, and resulting economic shutdown, spreads through the country.

Most retirees in Georgia primarily rely on their children for support, but the currency depreciation, rising prices and shuttering of businesses are quickly laying waste to household incomes. “My daughter had to close her beauty parlor. My son-in-law worked as a car mechanic and his shop is closed too. Pensions in this country were always a joke, but now I’m the only one in my family with any income,” Avaliani said.

The decline “is significantly driven by panic,” said George Welton, a Tbilisi-based economic analyst. The drop in domestic economic activity, foreign investment and exports, combined with the regional and global economic slowdown, have done their part in dragging the lari down.

But those pressures alone were unlikely to have resulted in the steep decline the currency has suffered since the coronavirus crisis began, Welton told Eurasianet.

In a desperate attempt to rein in the lari’s fall, the National Bank of Georgia has reached into its foreign reserves and sold a total of $100 million this month. The latest sale, of $40 million, went through on March 25. But the stockpiling of lari did little to stabilize its exchange rate, and the currency continued its depreciation the following day.

The lari’s plunge has been significantly steeper than other currencies in Georgia’s immediate neighborhood or in Europe, and many economists put the blame at the government’s feet. “We have not had such incompetent fiscal governance… in the history of independent Georgia,” economist Vladimer Papava told Palitra News, adding that the National Bank deserves to be impeached. “Of course, wasting these $100 million was going to have little effect,” he said, arguing that the interventions began too late and were spaced too far apart to keep pace with the lari’s fall. The Georgian government also is intervening to try to soften the effects of the devaluation for consumers. The government has pledged $10 million in subsidies to ensure stable prices on nine key food products including flour, rice, buckwheat, sugar, and sunflower oil. For now, it is a three-month measure, meant to last until May 15. It is unclear if the effort can be sustained beyond that if the lari, and tax revenues, continue to fall.

Ordinary Georgians, in the meantime, hit currency exchange shops to shore up their personal dollar reserves. Several such shops in central Tbilisi told Eurasianet on March 26 that they had run out of dollars and their supplies of euros also were running low. “People have been coming in all day to buy dollars, this is all I have left,” one woman in the currency exchange booth said, displaying a single 100 dollar bill. Euros and dollars were still available to buy in banks, however. At both commercial banks and retail exchange shops, the dollar was trading for a higher price than the official rate.

A continued drop in domestic consumption could help slow down the lari’s slide. “This will reduce imports more than it reduces exports and will probably improve our balance of trade,” Welton said. Georgia’s heavy reliance on imports and modest exports makes the currency vulnerable to rate fluctuations, he explained. “Also, as unemployment goes up, people will have to convert their savings [held in dollars] to lari in order to buy goods and sustain themselves. This will create a strong positive pressure for lari,” he said.

He added, though, that a proper recovery will not begin until the global crisis subsides and key sectors of Georgian economy, like tourism, begin to rebound.

This means that for a while the National Bank will continue to struggle to slow down what has come to be known as the lari’s “coronavirus rate.”

The bank, meanwhile, is trying literally to protect  the lari from the coronavirus: it is keeping cash stored for 14 days before releasing it and asking customers to rely on contactless or online purchases. Still, as Georgian television network Mtavari Arkhi put it, the lari remains “one of the highest-risk coronavirus patients in the country.”