The minimum wage now amounts to only $7 a month, by far the lowest in the region. And Georgia’s business-friendly political consensus is not interested in change. 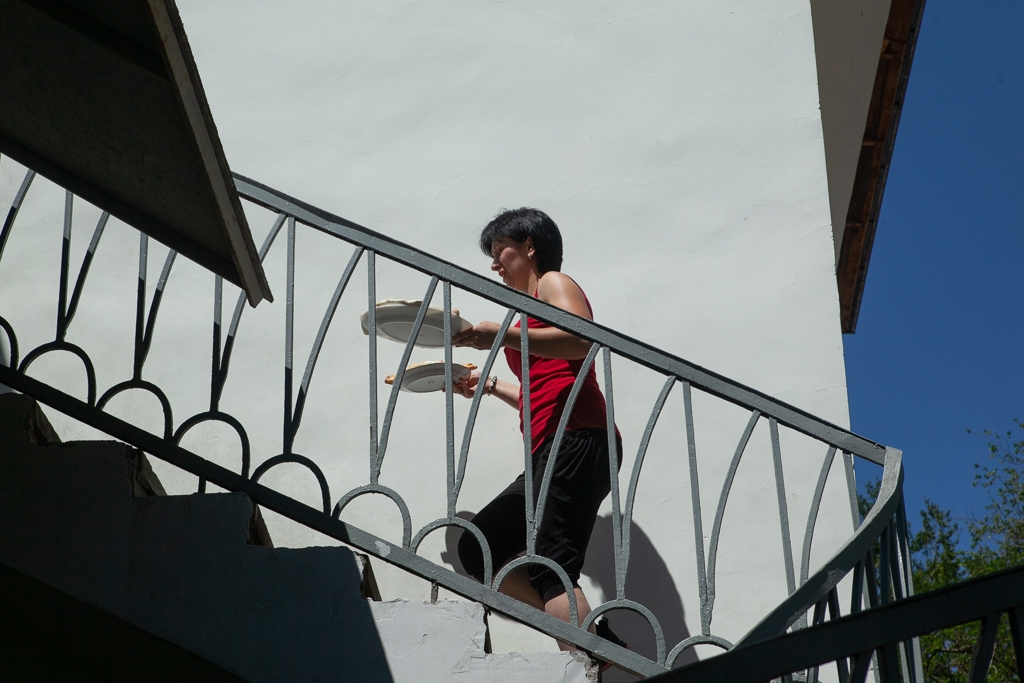 Though Georgia’s economy has grown substantially over the last 20 years, the minimum wage hasn’t been updated once. (photo: David Trilling)

Georgia’s economy has grown substantially over the past 20 years, from a GDP of under $3 billion in 1999 to an estimated $20 billion this year. Throughout that period, though, the country’s legal minimum wage has remained the same: 20 lari per month, about $7. It’s the lowest minimum wage in the former Soviet Union.

Now one member of parliament, backed by labor rights groups, is proposing a law that would institute a living minimum wage in Georgia. But in a political environment where an unfettered free market ideology remains the political consensus, supporters expect an uphill battle.

The MP, Beka Natsvlishvili, is preparing a bill to introduce during the fall legislative session that would raise Georgia’s minimum wage (after taxes) to 400 lari. That figure is based on his staff’s calculation on the minimum required to live in Georgia, which they put at about 390 lari a month.

That’s substantially higher than the official subsistence minimum, which as of July was set at 187 lari for a single person. But the official figures have drawn widespread mockery and supporters of a boosted minimum wage say the government figure is calculated using an outdated methodology, exemplified by the fact that it takes into account the amount a savvy shopper can talk down food prices in the market.

“But nowadays we have supermarkets, and prices are set,” Natsvlishvili told Eurasianet.

The impact on wages would be substantial: while official statistics don’t show exactly how many people make under 400 lari a month, they do show that about 28 percent of the country’s workforce makes under 500 lari per month, and that the average salary of that cohort is 280 lari.

But a minimum wage would run counter to Georgia’s strenuous efforts over the past two decades to support businesses by eliminating as many restrictions and regulations as possible. An official website seeking to attract investment to Georgia cites the lack of a minimum wage as a draw. And opponents of the wage increase say it would increase expenses for employers, warning that it could lead to greater unemployment or to businesses moving jobs off the books.

“I don’t support a minimum wage, either in Georgia or in general … even the smallest one.” said Aleksi Aleksishvili, Georgia’s finance minister from 2005-07 and now the head of a business consulting firm, Policy and Management Consulting Group. “We need to keep as simple and reliable a business environment as possible,” Aleksishvili told Eurasianet.

Some of the measure’s advocates have tried to head off those arguments. The Tbilisi office of the Friedrich Ebert Foundation (FES), an NGO affiliated with the Social Democratic Party of Germany, produced a study earlier this year examining the effects of a minimum wage increase in Georgia. The study concluded that in the case of a minimum wage increase, poverty will be substantially reduced and that jobs will “not necessarily” be lost but that “business entities will try to use labor more efficiently, improve workers retention and reduce lay-offs, create part-time jobs, pay more attention to worker’s skill development, improve labor intensive business processes, and introduce policies and technologies to increase the effectiveness overall.” FES recommended increasing the minimum wage to “at least” 30 percent of the average wage, which would mean about 280 lari per month.

“The target [of the study] was the government,” Felix Hett, the director of FES South Caucasus, told Eurasianet. “We are convinced that it wouldn’t hurt, it wouldn’t burden the budget, it doesn’t kill jobs, it will increase the wellbeing of the population.”

Natsvlishvili has yet to introduce the bill (he aims to do so this month) and there has been little political discussion of it so far. But he said he anticipates heavy resistance from both the ruling Georgian Dream party (from which he broke away on ideological grounds earlier this year) and the opposition, led by the formerly ruling United National Movement. The UNM “really believed in this neoliberal ideology,” he said. “But this government [led by the Georgian Dream] is just neoliberal by default, they don’t think about it and don’t change anything.”

He said this political consensus has influenced how the media talks about labor rights. “The main problem is the discourse that we have,” he said. “Even in the media, they will immediately tell you that we will lose jobs” if a minimum wage is adopted. The only time labor issues come up in the media, he said, is when a worker dies on the job. “They are crazy for blood,” he said.

To bypass this political consensus, advocates of the minimum wage have been trying to rally public support. Several unions, including those representing metro workers, television broadcasters, and social workers, have been gathering signatures in support of the measure. So far about 6,000 signatures have been gathered, with a target of between 20,000 and 40,000, said Sopo Japaridze, the head of Solidarity Network, an independent trade union that also is taking part.

“Everyone wants it,” Japaridze told Eurasianet. “People tell us it [the minimum wage] should be even higher.”