The program is meant to help ex-convicts, who often wear their criminal past inked on their bodies, reintegrate into mainstream society. 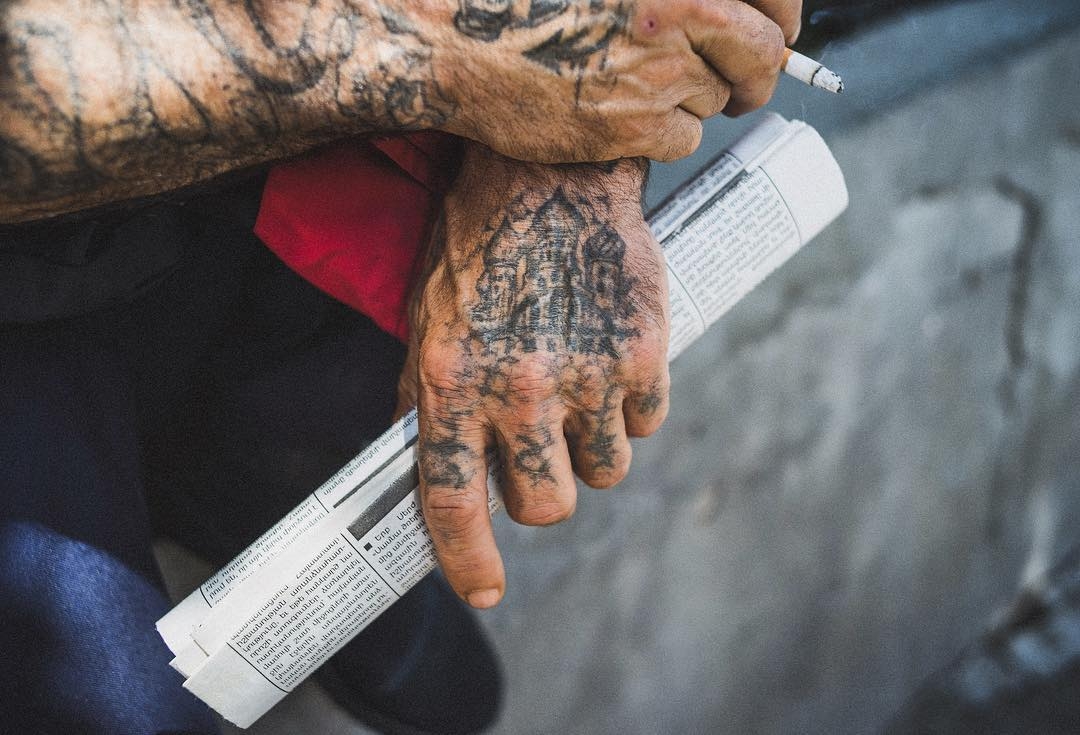 Many Georgians who have made unfortunate tattoo choices are getting their skin back, thanks to a government initiative. The program specifically targets convicts who had decided to wear their commitment to criminal life on their sleeves or elsewhere on their bodies.

Georgia’s Ministry of Justice will dispense 48,000 lari (about $17,500) this year to help erase the criminal pasts from the bodies of about 60 convicts and ex-convicts. The body art removal program was launched in 2012 by Justice Minister Tea Tsulukiani.

Across the former Soviet Union, body art provides an elaborately coded visual language to communicate a man’s rank within the criminal world and his criminal record. Gang leaders, for instance, sported a pair of eight-pointed stars under their collar bones, murderers bore skulls. Dark as it is, criminal body art, along with a whole genre of songs about thuggish life, served to romanticize the criminal subculture.

To Tsulukiani, scrubbing criminal bodies is a part of the process of reintegrating them into mainstream life. “Tattoos stand in the way of resocialization and rehabilitation,” she told reporters on May 13. The government must have a role in the process because “the removal of tattoos is getting harder and more expensive,” and could result in defacement. “Adolescents constantly come up with new, DIY methods to make tattoos. I’d like to call on [convicts and ex-convicts] not to damage their hands, their skin.”

Unfortunately for Tsulukiani her dermatologist-style warning provided fodder for online aspersions. Many Georgians shared her comments for laughs and described the program as another example of government wasting taxpayer money. “Can the government cover my epilation? My bodily hair prevents me from integration with society,” went one social media joke. Some suggested that the Justice Ministry launch a TV show – with Tsulukiani as the host – in the vein of Britain’s Tattoo Fixers, where tattoo artists could transform gang symbols into birds and flowers.

Critics insist that the government resources should be directed toward more tangible reintegration programs, focused on education, retraining and employment, but some non-profit groups working in the penitentiary sector spoke up for the minister and her initiative. “This is a quite important and unique project, which has been underway for several years, so all the debate around it is baffling,” Tsira Chanturia, South Caucasus country director for Prison Reform International, told Netgazeti, a news website. “This program is especially important for underage convicts… it prevents their identification with their criminal past,” she said.

The program is optional and some 123 individuals made use of it so far, Tsulukiani said.