With the clock ticking for Georgia to meet the standards for EU candidate status, is forming committees going to be enough? 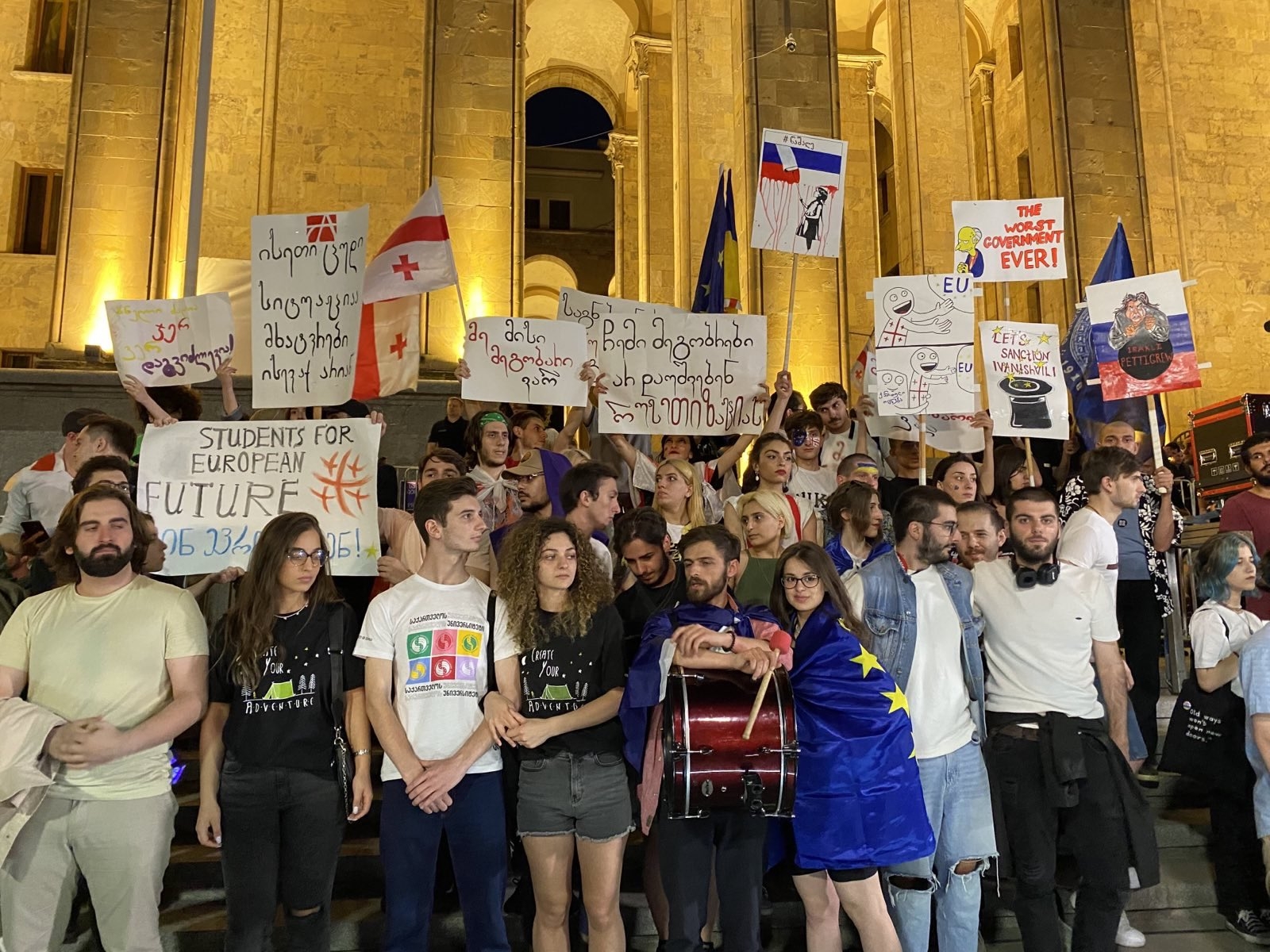 Georgia’s ruling party has unveiled its plan to meet the conditions demanded by the European Union to qualify for candidacy, but a series of mixed messages from the government has called into question how sincere it is.

The ruling Georgian Dream party “will ensure the fulfillment of the 12 [priorities] the EU has established in due time and to a suitable degree,” party chairman Irakli Kobakhidze said during a July 1 press briefing to roll out the plan.

A week earlier, the EU had told Georgia that it would get status as a candidate as long as it fulfilled several conditions on democratization and other reforms.

As he laid out the government’s plan, Kobakhidze seemed most engaged about one EU demand in particular: that the country reduce the level of political polarization.

“We have to regard [the depolarization demand] as a sort of a foundation to effectively implement the remaining 11 points,” he said.

In the wake of the disappointing EU announcement – Ukraine and Moldova got candidate status immediately while Georgia was relegated to a lower tier – tens of thousands of Georgians have turned out for massive anti-government, pro-EU protests backed by civil society groups and opposition parties. Organizers have called on the government to resign and be replaced by a government of national unity and which would push through the EU-requested reforms.

To address the depolarization demand, Kobakhidze suggested a “moratorium on aggressive rhetoric” and called on the political opposition, the media, and civil society groups to refrain from questioning the government's legitimacy for the next six months. The European Commission, the EU’s executive arm, said it would check the country’s progress in meeting its conditions at the end of the year. If Georgia has met the conditions by then, the European Council has said it would follow through on its pledge to grant it EU candidate status.

The ruling party also offered to set up a “polarization monitoring group” in the parliament including representatives of opposition parties, civil society groups, and international partners, which will regularly report on progress on depolarization.

The European demands also included some long-overdue judicial and election reforms, and newer and vaguer clauses such as a commitment to “deoligarchization.”

The rest of the Georgian Dream plan consists largely of forming more working groups and commissions within parliament to help draft bills to address the reforms. The plan envisages working on most of the proposed reforms between September and November, with the self-imposed deadline for their adoption stretching as far as December, when the Commission is expected to revisit the country’s progress.

But the plan did not impress many skeptics, given Georgian Dream leaders’ earlier disinterest in the reforms and their complaints about the EU’s demands.

“The ruling party appears to lack both the political will and the capabilities to carry out reforms that eventually could lead to a more democratic environment involving power-sharing arrangements with the political opposition,” the Georgian Institute of Politics (GIP), a Tbilisi-based think tank, wrote in a recent blog post.

Opposition parties argued that the government plan was merely an exercise of kicking the can down the road and that it could pass the reforms quickly if it wanted to.

“Kobakhidze unveiled a plan of wasting time because our country does not need forming commissions or working in those commissions to get candidate status,” Salome Samadashvili, from the opposition Lelo for Georgia party, told reporters after meeting on July 4 with other opposition deputies to discuss the issue.

Opposition leaders said they would instead work on an alternative legislative agenda to initiate and adopt relevant changes in extraordinary sessions much more quickly.

On July 3, a group of non-governmental organizations presented a detailed plan of their own about how the country could implement the “absolute minimum” of reforms necessary to get candidate status “upon the existence of a political will.”

The alternative plan includes, among other elements, a power-sharing arrangement in the parliament as envisaged in an EU-brokered agreement signed between the ruling party and the opposition last year. The deal stalled, however, as both Georgian Dream and United National Movement, the largest opposition party, failed to commit to it. The EU’s condition on depolarization asked for the parties to act “in the spirit” of that agreement.

"We could not see concrete steps and think that this will be yet another pro forma process, which will be protracted, and by the end of the six months term we will not have made the steps that Georgia needs," said Nino Dolidze, the head of the International Society for Fair Elections and Democracy, as she presented the NGO plan.

Georgian Dream leaders ignored the civil society plan, but have taken a generally dim view of activist engagement in the EU question, arguing that it is merely a ruse backed by the United National Movement in its quest to regain power.

“Even the formal line between the United National Movement and the richest NGOs active in Georgia has now vanished for good,” Kobakhidze told reporters on July 4.

President Salome Zourabichvili, who has lately tried to present herself as a third force seeking to overcome Georgia’s deep political divisions, criticized the dueling plans.

The diverging plans “have nothing in common with the true national accord or the necessary action plan to get EU candidate status,” Zourabichvili wrote on Facebook on July 3. She criticized the opposition for its efforts to force the government to resign, and the ruling party for what she called a “single-party plan” to meet EU demands.

Zourabichvili also called attention to the recent, murky resignations of three hardline deputies from the Georgian Dream party, who quickly after leaving the party began to voice conspiracy theories about the EU trying to drag Georgia into the Ukraine war.

“Nobody gives Georgia candidate status even after six months without [the country] getting involved in the war or imposing sanctions against Russia, which is also a direct path towards war,” the three deputies – Sozar Subari, Dimitri Khundadze, and Mikheil Kavelashvili – said in a June 29 statement.

Many believe the split was merely a trick by Georgian Dream to give itself plausible deniability while continuing to criticize the EU, as it was doing regularly before abruptly changing tack after the EU’s presentation of its demands.

In her statement, Zourabichvili suggested that the episode was manufactured by the Georgian Dream to create a "freely anti-European-speaking triumvirate.”

Other developments also left observers guessing about the government’s intentions.

In the first days of July, Georgian police protected planned LGBTQ+ Pride events from the violence of homophobic far-right groups, arresting several far-right activists and preventing them from getting close to the event sites. It was a noticeable contrast from a year before, when police largely stood aside as homophobic mobs attacked dozens of journalists covering a planned Pride march.

But the comparison was imperfect, as there was no public march this year, just a series of private events. And the fact that three perpetrators of last year’s violence got off with conspicuously light sentences just days earlier suggested a lack of commitment to protecting vulnerable minorities.