“There is interest in erasing any evidence of Armenians in Tbilisi.” 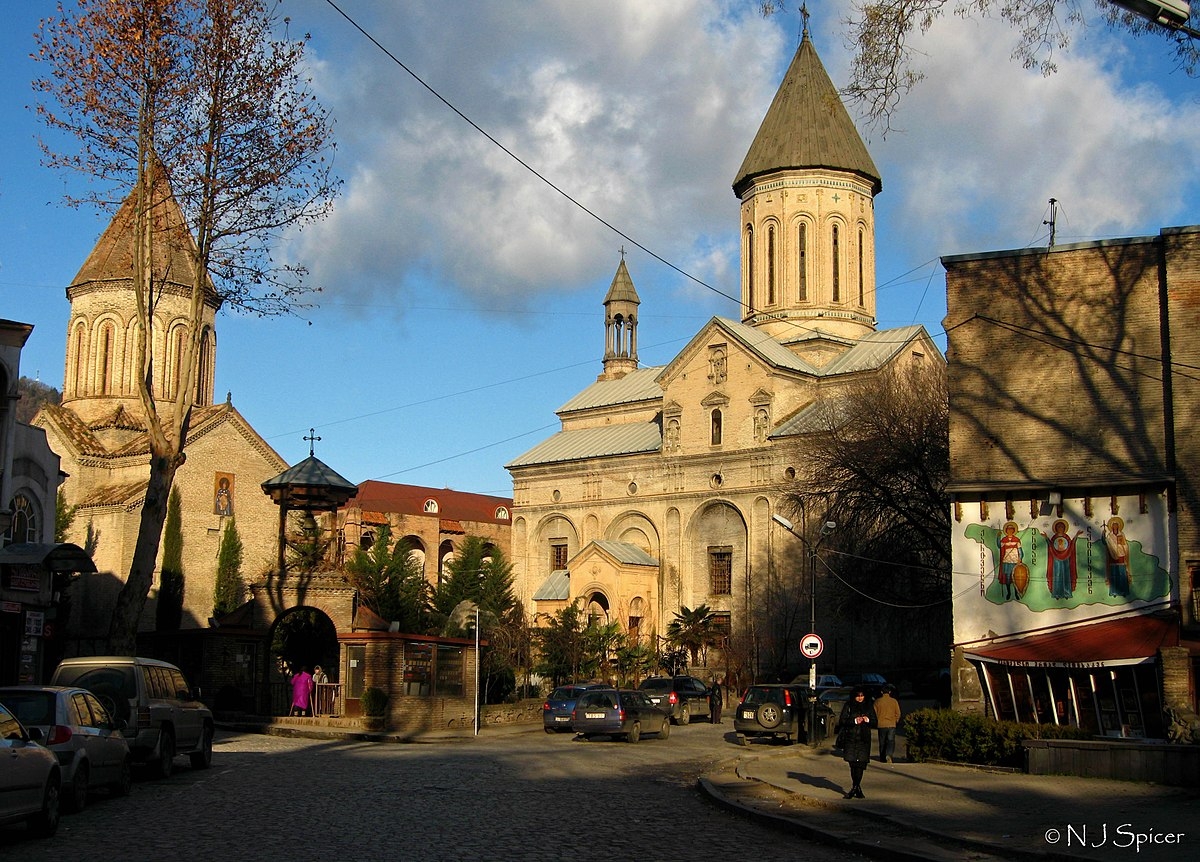 Situated in a back alley just off the vibrant Aghmashenebeli Street, where a string of new restaurants cater to tourists enjoying the laid-back pedestrian lane, Tandoyants Church can be hard to spot.

Tandoyants was once testimony to the significant Armenian population in Tbilisi. But after decades of neglect, first by Soviet authorities and then by Georgian ones, the church today barely exists. The roof collapsed years ago; two of its four walls are almost entirely destroyed. Only the presence of scattered police tape and some engravings in Armenian script hint at something more than standard urban decay.

Last November, some in Tbilisi’s Armenian community noticed that construction work had begun on the site of the church, which the Armenian Diocese of Georgia has long claimed as its own. Cultural activists filed a request for information with the National Agency of State Property later that month and discovered that Tandoyants had been gifted to the Georgian Orthodox Patriarchate the previous July.

“The Georgian Patriarchate wants to build a completely new Georgian Orthodox church on the site,” said Eto Gvritishvili, a lawyer with the Human Rights Education and Monitoring Center (EMC), an NGO now engaged in a legal battle over the ownership of Tandoyants. “They claim it is a historic Georgian site.” By way of justification, the official Georgian church claim cites 19th-century documents indicates that Tandoyants stands on the ground previously occupied by a small Georgian church, destroyed by the Persian emperor Shah Abbas in 1622.

In disputing the origins of Tandoyants, the Georgian church has placed blame on a familiar bugbear in Georgian politics. “They [the Georgian Patriarchate] admit that the current church is Armenian, but they claim that it replaced a Georgian church after Russian imperial authorities gave the land to Armenians in the 19th century,” Gvritishvili told Eurasianet.

The Georgian Orthodox Church did not respond to Eurasianet’s requests for comment.

The official stance of the Diocese of the Armenian Apostolic Holy Orthodox Church in Georgia is that Tandoyants was “illegally transferred” to the Georgian Patriarchate last year. “Before the eyes of the Georgian Armenians [...] the houses of faith built by our ancestors [...] continue to be robbed,” it said in a statement issued in early 2018, as part of the Armenian Diocese’s ongoing legal battle over ownership of historical Armenian churches in Georgia. The Armenian Diocese compares the current situation to the Bolshevik seizure of churches in the 1920s, calling them “twice plundered: for the first time during the Soviet occupation, and the second time, in independent Georgia”

One is Shamkoretsots in Tbilisi’s historic Armenian quarter, Avlabari. Its condition slowly deteriorated over the decades until a 1989 earthquake shattered the cupola, destroying the iconic dome. Today it stands as a husk, appearing particularly dilapidated given the modern hotel next door.

The Tolerance and Diversity Institute, a Tbilisi NGO challenging the Georgian church's claims, argues that the construction violates Georgia’s Law on Cultural Heritage, specifically Article 37, which states that construction “within a historical built-up area protection zone that had not been developed historically shall be prohibited.”

Shamkoretsots was the largest church in Tbilisi in Soviet times and remained so until relatively recently, surpassed only in 2004 bythe mammoth Sameba (Trinity) Cathedral. Photos from the late 19th century show Shamkoretsots towering over the neighborhood. “It was one of the most beautiful I have seen,” said Mariam Gavtadze, a lawyer with TDI.

The church now lies almost in ruins, devastated by fires in 2002 and 2012. The latter collapsed one of the walls, which the government declined to restore. The Armenian Diocese in Georgia statement said that Shamkoretsots is “in danger of destruction.”

Other Armenian churches have suffered a similar fate. The church of Surb Nshan, located in Tbilisi’s old town, sits near a synagogue and the Sioni Cathedral, a famous Georgian Orthodox church dating to the 6th century. The proximity of these three different places of worship is often cited by politicians when discussing Georgia’s religious tolerance, noted Gvantsa Lomaia, another lawyer with TDI.

Here too, though, the Armenian church has been denied access. An Armenian attempt to clean the interior several years ago was halted by the Georgian church, Lomaia said. But the Georgian Patriarchate has said nothing about ongoing construction adjacent to Surb Nshan which risks damaging the building, according to Lomaia.

Perhaps the most famous case is that of Sameba Cathedral. Constructed to be the home cathedral of the Georgian Patriarchate, it was built between 1995 and 2004 on the ruins of an older site: the Khojivank Pantheon, an Armenian cemetery from the 17th century. Many gravestones were simply discarded in the process.

“The present state of Armenian churches in Tbilisi is shameful,” says Inna Sukiasyan, an activist and member of Tbilisi’s Armenian community. “These are cultural monuments of Georgia, and any citizen that loves their country should be ashamed,” she said.

“There is interest in erasing any evidence of Armenians in Tbilisi,” Gavtadze, the TDI lawyer, said.

The Georgian church has taken similar proprietary views toward other faiths, as well: It acquired all the country’s Catholic churches in the past decade, and has opposed the construction of new mosques in Tbilisi and Batumi, which have only one each. A historic mosque in the village of Mokhe, outside Tbilisi, also was also declared by the Georgian church as a historic Orthodox site, citing the appearance of Georgian writing on several stones as proof. “It is the Georgian church that claims these temples, and the state that helps them,” says Sukiasyan.

It remains to be seen what will become of the watershed battle for control over Tandoyants. The court will likely not make its decision for several years. “We can’t say for sure what the outcome will be,” said Gvritishvili of EMC, who tries to remain hopeful. “All we can do is provide our evidence to the court.”

Neil Hauer is a Caucasus analyst based in Tbilisi. Bradley Jardine is a freelance journalist who covers the Caucasus.

Get Eurasianet in your inbox: Subscribe to our new weekly newsletter.