A long-awaited deal should make the country’s electoral system more representative of the popular will, and bring an end to the protests and instability that have seized Georgia since last summer. 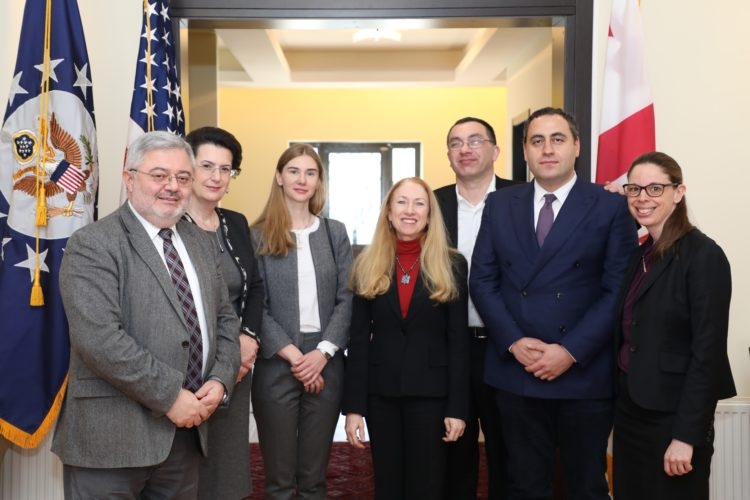 An end to Georgia’s political unrest appears to be in sight following a landmark agreement to reform the country’s election system. With the new system, the country could be entering an era of coalition governance and ending the current dominance of disproportionately powerful ruling parties.

Following months of arduous negotiations mediated by American and European diplomats, and intermittent outbreaks of mass protests, Georgia’s leading political parties have agreed on a relatively equitable system of running elections for the national legislature, which is now completely controlled by the Georgian Dream party.

Leaders of the ruling and opposition parties emerged from a meeting on March 8 shaking hands and enjoying something resembling a civil exchange, a rare sight in the country where politics are typically characterized by shouting matches and occasional physical confrontations. “We would like this format and this atmosphere, which contributed to reaching of the agreement, to continue,” Archil Talakvadze, the speaker of parliament and a Georgian Dream member, told reporters.

“This is a good result for a country in the light of the crisis that had been in progress until now,” said Giga Bokeria, one of the leading figures in the opposition European Georgia party.

Party leaders offered special thanks to the newly arrived U.S. ambassador, Kelly C. Degnan, as well as E.U. ambassador Carl Hartzell, for clearing Georgia’s path out of its political crisis while promoting a newly restrained tone of political conversation.

The U.S. embassy published the memorandum of understanding that the Georgian political parties had signed. “The elected Parliament shall consist of 120 members elected through the proportional system and 30 members elected through majoritarian system. The electoral threshold for proportional elections shall be set at 1 percent,” the memorandum reads.

The new deal thus brings Georgia’s electoral system substantially closer to the promised land of proportional representation, an arrangement that Georgian Dream vowed to introduce last year before back-pedaling out of fear that it could thus lose its commanding legislative edge. The volte-face sparked rounds of street protests and a boycott of parliament by most opposition groups. Following the agreement, the protest organizers announced that they would be suspended.

Analysts agree that Georgia has become a bit more democratic with the new arrangement. The agreement should prevent a narrow majority from “turning into a massive dominance in parliament,” Hans Gutbrod, a longtime observer of Georgian politics, told Eurasianet.

The existing system allowed the Georgian Dream to gain a supermajority in parliament – a carte blanche to unilaterally pass laws and constitutional amendments – while garnering less than half of the popular vote in the 2016 election. The Georgian Dream achieved this largely by prevailing in the majority of district races, that is, in the majoritarian part of the election.

In Georgia’s mixed system, 73 of 150 parliamentary seats are claimed by candidates who finish first in district races – similar to the way a single winning representative claims a U.S. congressional district – while the remaining seats are distributed proportionally to national share that parties win. “In 2016, this led to Georgian Dream winning 49 percent of the popular vote, but 76 percent of the seats,” said Dustin Gilbreath, an analyst with the Caucasus Research Resource Center, a Tbilisi-based think tank.

International election and democracy watchdogs have long pointed out that the majoritarian part of the race was not best suited for Georgia, as it led to the dominance of single parties and did not adequately reflect support for minority parties. The new deal, while stopping short of a full switch to the proportional system, was still widely welcomed as progress toward more equitable legislative representation, or as Gilbreath put it, “two steps forward after three steps back.”

“Compared with the 2016 elections, the electoral system represents a clear improvement in terms of representation in the parliament matching up with people’s votes,” Gilbreath told Eurasianet. Had the last election been conducted under the newly agreed rules, Georgian Dream would have won 58 percent instead of 76 percent of the seats, he said. “Clearly, winning 58 percent of seats when you have 49 percent of the vote is less than ideal, however, it is an improvement,” Gilbreath said.

Another safeguard has been put in place to guard against emergence of questionable super majorities: a capping mechanism will not allow any party having less than 40 percent of voter support to form a government alone. With opinion polls showing that no party commands such support – the latest survey commissioned by the International Republican Institute put Georgian Dream in the lead but with only a 23 percent approval rating – the winner will be likely compelled to build a coalition to create a government.

This, in turn, should make the cabinet more reflective of the popular will; as it stands the current cabinet is widely seen as reflecting one man’s preferences: those of Bidzina Ivanishvili, the billionaire at the helm of Georgian Dream.

“By decreasing the structural dominance of the leading party, it [the new system] increases the likelihood of coalitions, and may make governments a bit less stable, but also a bit less likely to undertake an unpopular reform,” Gutbrod said. He warned, however, that it will take more than a fair electoral system to produce a fair election.