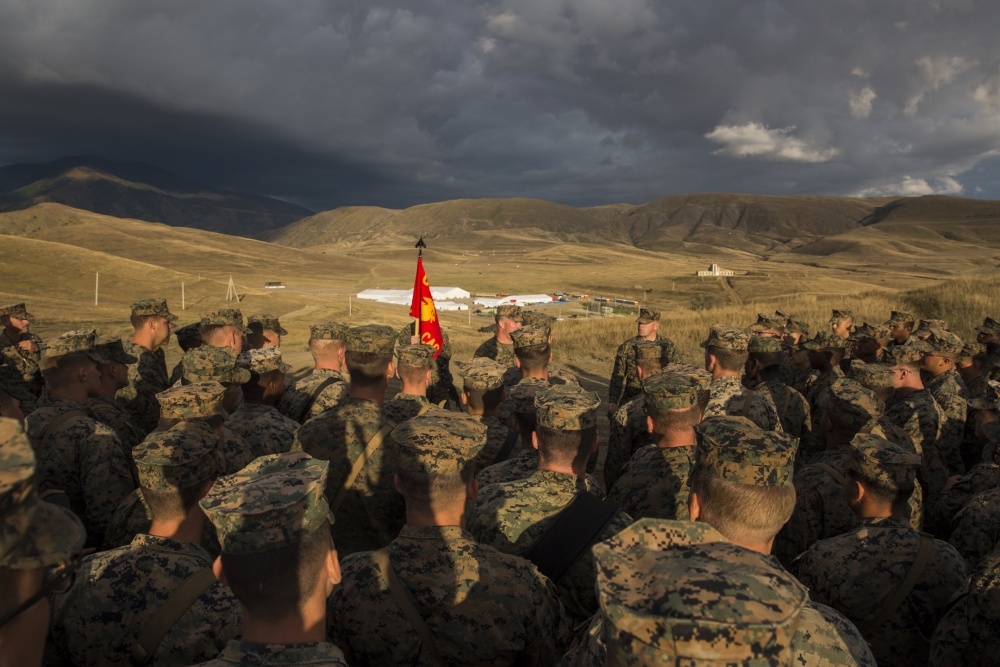 U.S. Marines at the Orpholo Training Area in Georgia at the opening ceremony of the Agile Spirit 2016 military exercises. (photo: U.S. Marine Corps)

One of Georgia's leading political figures has called for an American military base to be established in the country as part of his party's election campaign.

That proposal was made by Davit Usupashvili, the current speaker of parliament and leader of the Republican Party, in a televised debate ahead of next month's parliamentary elections.

The Republicans had already campaigned on enshrining the goal of NATO accession in the country's constitution in response to other parties' proposals to make Georgia formally neutral. Usupashvili has now upped the ante.

“Before Georgia actually joins NATO, the country has to take care that a U.S. military base is located on the territory of Georgia,” he said, the news website Democracy and Freedom Watch reported. “When they talk about non-bloc status and legalizing Russian military bases in Georgia, our response should be the following: to redirect the policy in another direction, the location of U.S. or any other NATO member states’ military base and we will fight for this.”

The Republicans are part of the current ruling Georgian Dream coalition, but are competing separately in the upcoming elections. It's also worth noting that Usupashvili's wife and fellow party member is Tinatin Khidasheli, the recently departed defense minister.

It's not clear what interest the U.S. might have in establishing a military base in Georgia. Nevertheless, the U.S. and NATO have been steadily increasing their military activity in the country. Last year NATO opened a new training facility in Georgia and this summer, the U.S. and Georgia rolled out a new security cooperation plan that would emphasize helping Georgia defend its territory.

Currently, U.S. Marines along with troops from Bulgaria, Latvia, Romania and Ukraine, are taking part in the Agile Spirit 2016 military exercises near the city of Akhaltsikhe. It's worth noting that the Marines, in their press release about the exercises, specified that: "Anti-armor capabilities will also be demonstrated using the TOW missile system among other weapons." TOW missiles have become a hot topic of regional security conversations as the U.S. tries to bolster its allies on Russia's border, including Georgia and Ukraine, though thus far it's declined to provide them to either country.