After the opposition boycotted the second round, the ruling party’s position became even more commanding. 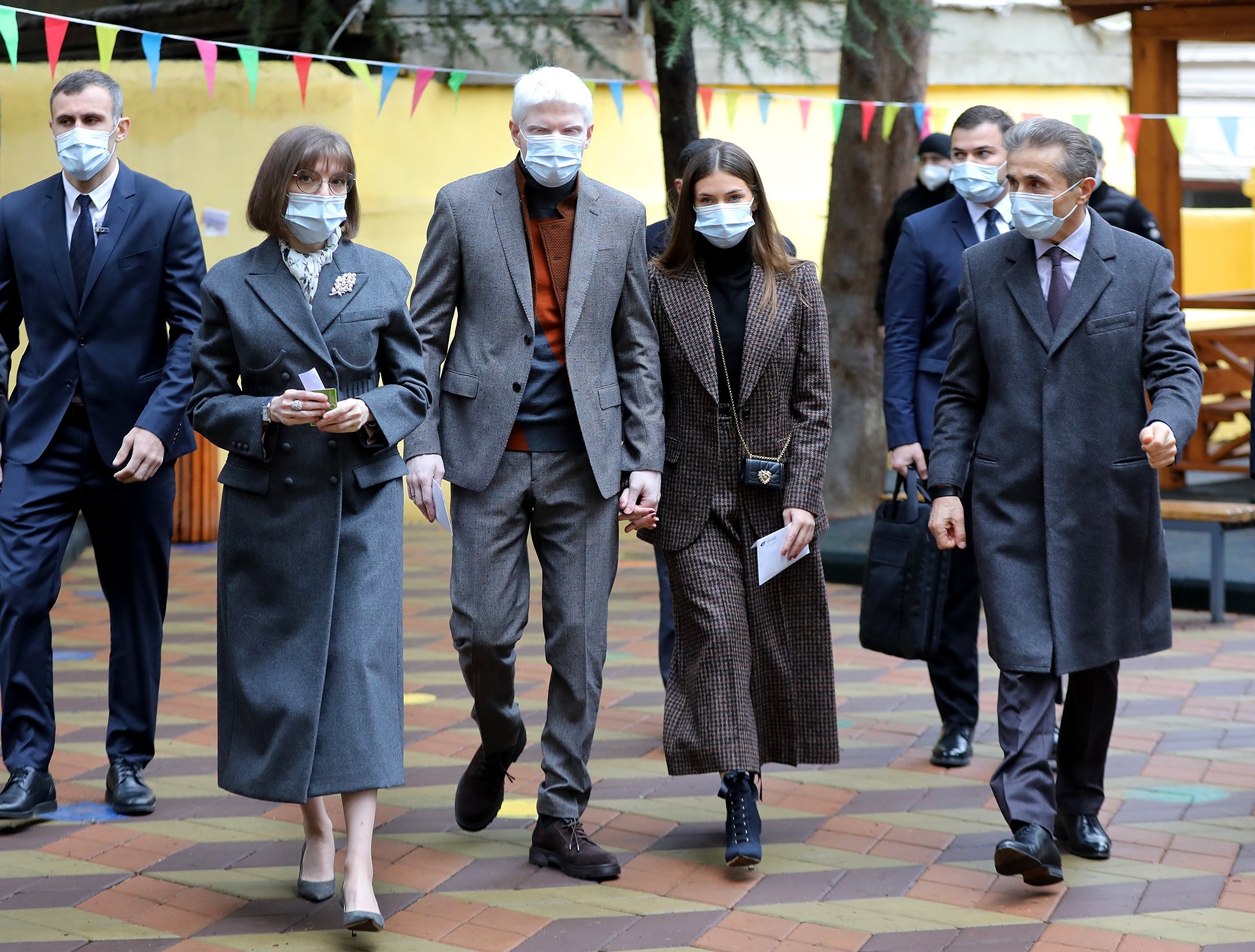 Head of the ruling Georgian Dream party, Bidzina Ivanishvili, heads to the polls with family members for the second round of parliamentary elections on November 21. (photo: Georgia Dream, Facebook)

Georgia is facing the prospect of having its most homogenous legislature since Soviet days after all opposition parties continue to refuse to take up their seats after two rounds of elections.

The ruling Georgian Dream party ran essentially unopposed in the second round of parliamentary elections, held on November 21. Minority parties refused to participate, accusing the incumbent party of stealing the first voting round on October 31. With the boycott and a plummeting turnout, Georgian Dream’s candidates won all the runoff races to bring its total number of seats to 91 in the 150-member parliament.

The remaining 59 seats could stay empty for next four years, as all eight minority parties that passed the threshold have vowed to not enter a parliament they deem “stolen.”

In the runoffs “Georgian Dream ran against itself and is celebrating a victory over nobody – we are in an incredibly absurd situation,” Khatia Dekanoidze, a candidate from the largest opposition group, United National Movement (UNM), told TV Pirveli. Dekanoidze was specifically referring to her Georgian Dream rival Kakha Kakhishvili, who celebrated his walkover win in the runoff with a song and dance.

The opposition candidates were formally on the ballot in the runoffs, but they asked their voters not to show up at the polling stations and withdrew their members from election commissions. As a result, Dekanoidze gained less than 1,900 votes in her district, a whopping seven-fold drop from the support she received in first round on October 3. Support for her rival Kakhishvili dipped only slightly: He garnered 22,000 (92 percent) of the district votes in the runoff. Georgian Dream candidates carried all 17 swing districts, most with over 90 percent support.

Some even gained over 100 percent of their districts’ votes. Election authorities chalked the cases of over-voting up to a technical glitch and later changed the numbers to more mathematically sound totals, but the opposition cited these cases as yet more evidence of fraud.

Opposition leaders specifically claim that in both rounds of the election many voters expressed their preferences more than once, and that in other cases election authorities manually corrected numbers to nudge the total for Georgian Dream to over 50 percent.

In an oft-cited case, the record of returns from one polling station placed a Georgian Dream candidate at second place with 173 votes and put the total number of registered votes at 528. But these two figures were changed to 473 and 828, respectively, by the time the records reached the Central Election Commission.  As tabulation records are filled out by hand, someone simply changed 1 to 4 in the candidate’s box and 5 to 8 in the totals box before uploading the record on the election’s centralized website, observers said.

The Central Election Commission did order a recount of votes at that particular polling station following a complaint filed by International Society for Fair Election and Democracy (ISFED). Still, election authorities and courts refused to review the majority of voting irregularities highlighted by the watchdog groups.

“In this election, we’ve seen the largest ever mismatch between the number of registered votes and final returns,” Elene Nizharadze, executive director of ISFED, told Eurasianet.

While opposition groups claim wholesale fraud, estimates from watchdog groups suggest that the portion of the election in question could be small yet decisive. ISFED alone observed serious irregularities at 8 percent of all polling stations in the first round of the election, which could impact 4 percent of the total results.

In the October 31 election, ISFED’s parallel vote tabulation gave Georgian Dream 45.8 percent. Official results, however, put the party at over 54.7 percent, enough to pass most laws without needing to negotiate with the opposition. The runoffs further solidified Georgian Dream’s advantage.

The opposition insists that fraud should not be tolerated no matter the size and is calling for snap elections, which the government has rejected out of hand. Amid the crisis, American and European diplomats have been mediating talks between the government and the opposition, concerned that a single-party parliament could further undermine trust in Georgian democracy.