The nation is entertained by a real-life Game of Thrones. 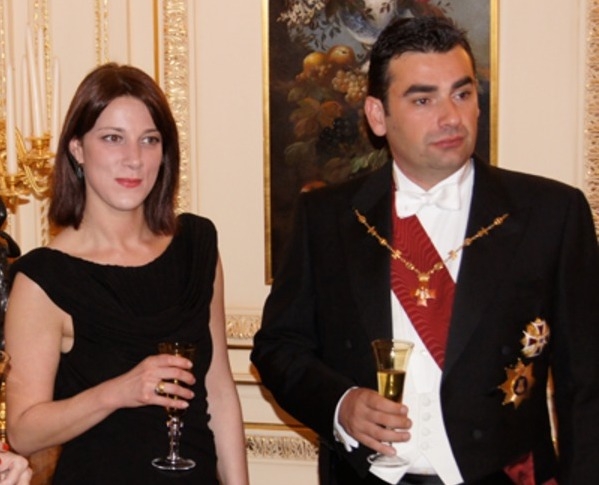 Judges in Georgia have been assigned the unenviable task of picking a rightful heir to Georgia’s non-existent throne. In the dock is a hypothetical king, sued by a no-less hypothetical queen who happens to be his ex-wife.

The nub of the dispute is the estranged couple’s rival claims to the throne; each represents different branches of the royal house of Bagrationi. The drama echoes many centuries back, to the time when chainmail-sporting kings and wise, beautiful queens ruled the kingdom of Georgia.

The modern-day court is however hard-pressed to resolve the dispute. Tbilisi City Court may need to unearth – both literally and figuratively – centuries-old noble bones to come to a conclusion. “We need to exhume the bodies of two kings” from a medieval church to prove the right of succession, one of the attorneys told journalists.

David’s habit of bestowing gifts and honors landed him in the spotlight of British tabloids back in 2017, when he presented Queen Elizabeth’s proxies with a golden chain in a pearl-clutching breach of protocol. But David claims that the Georgian throne is rightfully his.

For the record, there is no Georgian throne. Russian imperial troops unseated the Bagrationi dynasty back in the early 19th century. Descendants had to take mundane jobs under communism in the 20th century. Today they operate in a parallel universe, hosting ceremonial gatherings that often appear out of step with the parliamentary democracy many Georgians are trying to build.

But support for restoring the monarchy is strong in some corners, where ancient kings and queens are viewed as symbols of Georgia’s centuries-old struggle for independence. The outcome of this particular battle royale could thus have some real-life consequences. In the meantime, the three judges in Tbilisi City Court are scratching their heads, achingly sorting through the litigants’ pedigrees.

The problem is that the family tree of the House of Bagrationi is over a millennium old and is dauntingly convoluted. The Bagrationi ascent began in the 9th century. The family branched out as the Georgian kingdom broke apart and came together many times across the centuries. In the 18th century, Georgian rulers sought the tsar’s protection against pugnacious Persians and Turks. The tsar protected Georgia by absorbing it.

In a dramatic finale to Bagrationi rule, Queen Mariam, the last queen of Eastern Georgia, in 1803 stabbed to death a Russian general who had come to escort her and her children into exile.

Georgia came close to bringing the monarchy back, at least in a constitutional form, a decade ago when Anna and David tied the knot, uniting two different lines of the Bagrationi family.

The couple bore a son, Giorgi, a perfect candidate to be crowned king said monarchy enthusiasts, chief among them the head of Georgian church, Patriarch Ilia II. The prelate baptized the little prince, declaring that the “Georgian people’s dream of reinstating monarchy” was about to come true. Many challenged the monarchy idea as atavistic, but few politicians dared to contradict the much-venerated church leader.

But the whole monarchy theme screeched to a halt when Anna and David’s marriage cracked in 2013. Tabloids went abuzz with rumors of adultery and intrigue. Anna and David’s prenups must not have specified who gets the throne, so here they are now, calling each other usurpers.

The court heard historians’ testimonials on March 12. “Let’s try to reconstruct in detail what happened in 1512,” one witness began at the hearing, according to a dispatch from the court by local magazine Liberali. A judge humbly suggested that the dispute is inconsequential as Anna and David’s son was anointed heir to the kingdom, if there is one. But Anna still insists that David stop doing the king stuff.