The recordings seem to confirm how the government bends to the whims of one family. 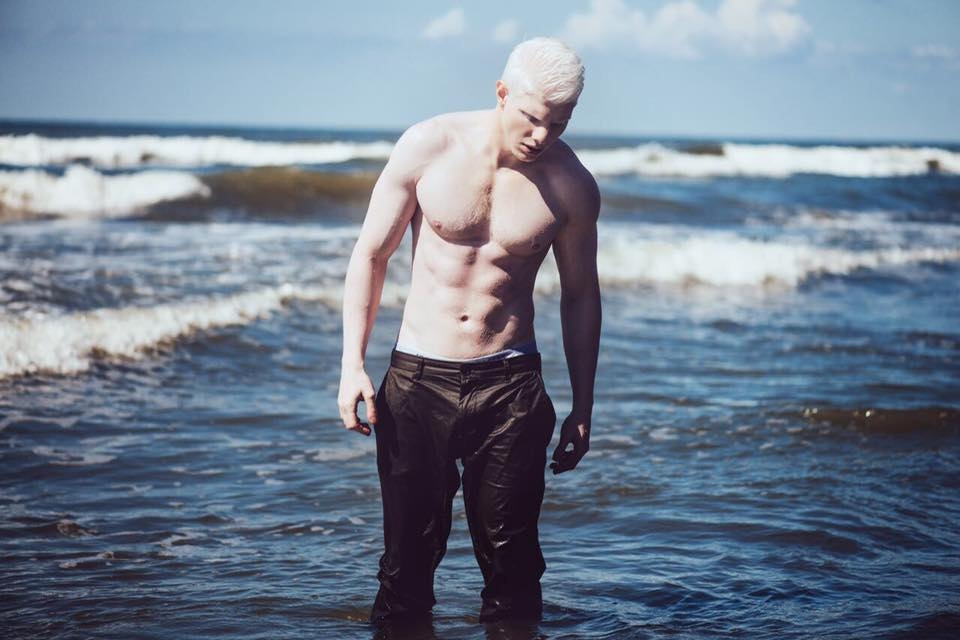 Thug life: Bera in an image from his Facebook page

Rap artists like to show off bling and power, but few can boast of a pet army to hunt down and punish anyone who disses them online.

Then there is Bera Ivanishvili, an affluent and well-connected Georgian rapper, who allegedly relied on key government officials to track and terrorize his offenders.

Phone recordings leaked this week expose the dark side of the 26-year-old performer, son of the richest and most powerful Georgian, Bidzina Ivanishvili. The singer – who channels the image of a heartthrob, rapping about love and showing off a ripped torso in his music videos – is heard in the recordings ordering vengeful attacks on young people who crudely criticized him on social media.

In the tapes, Bera, Gharibashvili and Anzor Chubinidze, the head of the state agency charged with protecting government officials, discuss using that agency to harass and intimidate critics. The rapper and prime minister giggle boyishly as they recall the security chief and his companions intimidating and humiliating one schoolboy before his family and neighbors.

“Just imagine a security car showing up in the neighborhood with flashing lights and the whole gang,” Bera says in the recordings first aired on opposition-minded Pirveli TV on March 6. “One neighbor told him that he was lucky he did not get buried alive,” Bera is heard gloating, sending the prime minister into servile laughter.

Bera broke his silence in a March 9 interview, confirming that the tapes are authentic and refusing to apologize: “Anyone who curses at my mother, says something bad about my family and things I hold dear, should know that I will take him to task even today,” Bera told the pro-government TV Imedi. “Show me any Georgian man, any real man who thinks differently.”

Except most Georgian men would not have a prime minister and state security handy to defend his honor for him.

The power Bera’s billionaire dad wields over Georgia’s government was never a secret. Gharibashvili was Bidzina Ivanishvili’s Mr. Fixit for many years and Chubinidze was his personal bodyguard before they followed the billionaire into politics in 2012. After a stint as a prime minister, Ivanishvili quit in 2013 leaving Gharibashvili and other loyalists to run the country.

Critics charge that all branches of government have been beholden to the oligarch ever since. The leaders of the governing Georgian Dream party often sing praises to Ivanishvili, who has been stepping in and out of the shadows over the last decade.

Still, the easy bonhomie and the evident power dynamic between the rapper and prime minister surprised many. Bera refers to the prime minister with the diminutive “Ika” and uses the nickname “tree-tree,” which means nothing particular in Georgian. Bera suggests that Gharibashvili make “tree-tree” his ringtone.

“Just picture it, when all the ministers call you, it will go ‘tree-tree’,” Bera says. “I will do it bro, I don’t care if they call,” Gharibashvili responds. Gharibashvili and Chubinidze speak obsequiously with the rapper, but also sound uncomfortable with Bera’s requests for vengeance and sometimes suggest that he drop his plans.

Prosecutors have launched a probe into what some are calling “Beragate,” but are preoccupied with the provenance of the tapes, not the alleged criminal activity they exposed.

After the tapes were aired, several people have come forth to say they were harassed by Bera. Musician Sandro Sulakvelidze alleged that in 2013 Bera sent a rapper friend and police officers to bully him into deleting a critical Facebook post. Sulakvelidze compared Bera to Joffrey, the ruthless brat king in the Game of Thrones television show.

Former waiter Tato Tsetskhladze said that he was threatened by Bera in 2016 after he criticized the singer on Facebook for not leaving a tip. “Half-an-hour after I posted the status on Facebook, the restaurant’s owner came up to me and asked me to delete it. I refused,” Tsetskhladze told Formula TV. “Then a security service agent called me up and then Bera Ivanishvili [called],” said Tsetskhladze adding that Bera cursed at him, threatening him and his family.

Bera’s lack of repentance has triggered a storm of criticism. Many public figures accused the rapper of encouraging and perpetuating Georgia’s violent youth-vendetta culture. Gangster-style confrontations often end in death, the most notorious recent case being the brutal murder of an 18-year-old footballer.

“Those who say that you should defend your honor and retaliate in a violent manner are malicious encouragers of murder,” deputy ombudsman Giorgi Burjanadze wrote on Facebook. “Congratulations to everyone who survived and managed to stay alive in this country today. Tomorrow you might encounter someone stronger and more powerful, and die.”

The officials heard in the tapes have wavered between calling the recordings a fabrication and an exaggeration. The prime minister has said there is nothing untoward in Chubinidze having “a conversation” with adolescents in the presence of their parents and neighbors. “We, and me personally, are the true victims here,” he said, accusing his political rivals of eavesdropping.

Secret tapes have long been the bane of Georgian politics. Both Georgian Dream and its predecessor as ruling party, the United National Movement (UNM), have faced charges of releasing recordings to discredit rivals.

Now in the opposition, the UNM was accused of compiling a vast stash of illegal recordings during its time in power. For its part, Georgian Dream used videos of prison torture to help topple the UNM in 2012. The parties’ rivalry has defined Georgian politics ever since and helped engender widespread fear of government among average Georgians.