The deal, brokered by the European Union, was meant to keep the political crisis in the key Western ally from reaching a fatal stage. Now the political prospects for the country are uncertain. 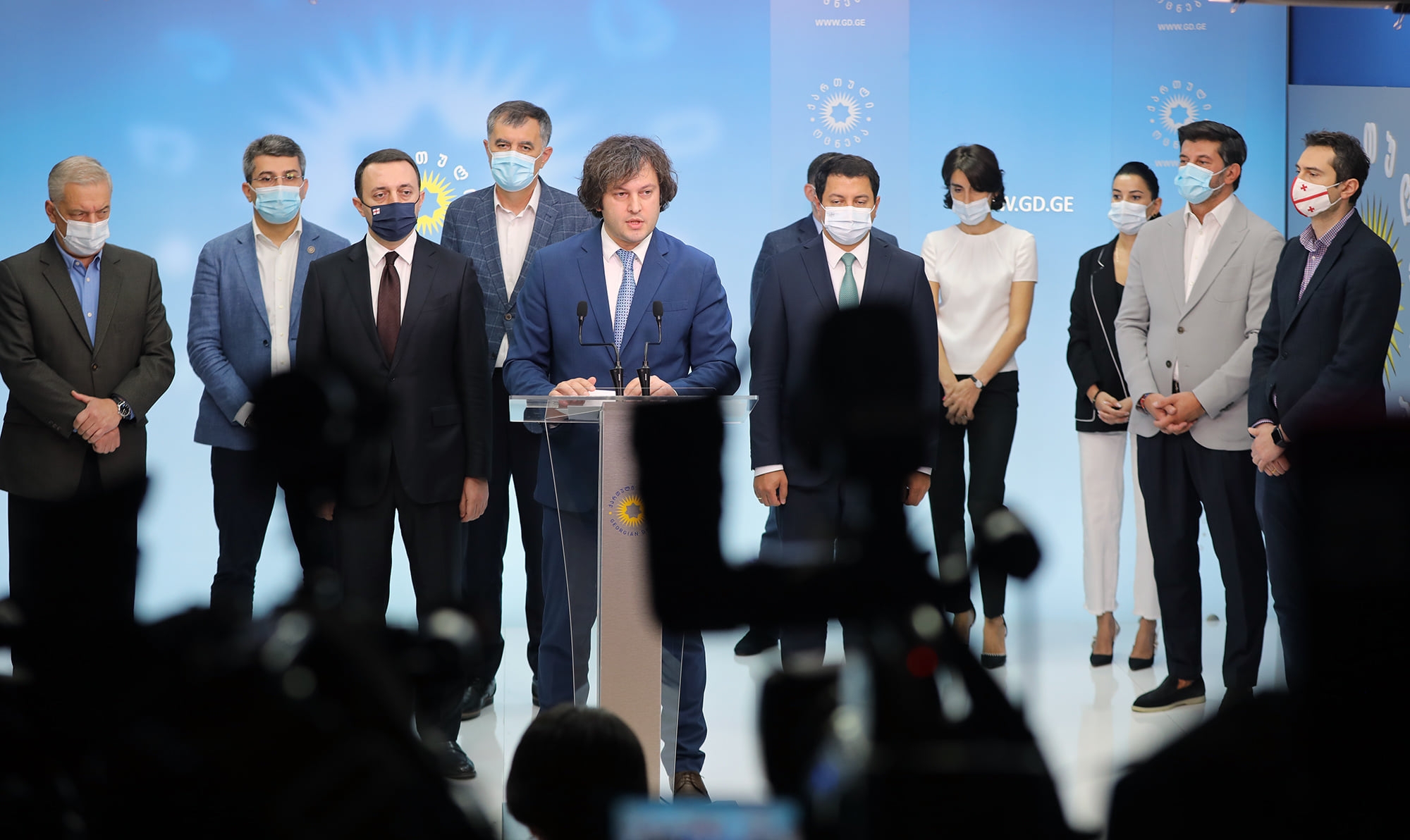 Georgian Dream leaders announce that they are pulling out of an EU-brokered deal with the opposition. (photo: Facebook, Georgian Dream)

Georgia’s ruling party unexpectedly walked out on a landmark agreement with the opposition that had been brokered by the European Union and backed by the United States in an attempt to keep Georgia’s domestic political crisis from spiralling out of control.

“A hundred days after signing, the agreement has already served its mission and exhausted itself,” Georgian Dream Chairman Irakli Kobakhidze told reporters as he announced that his party was withdrawing its signature.

Known as the “Charles Michel agreement,” after the EU president who personally helped broker it, the deal was supposed to pave the way for at least formal cooperation between Georgian Dream and several leading opposition parties following last year’s disputed parliamentary elections.

Under the deal, Georgian Dream had agreed to hold a snap parliamentary election should it fail to garner at least 43 percent of the vote in local elections slated for this fall. This was meant to demonstrate that the ruling party could in fact get a decisive portion of the vote, following opposition claims that the 48 percent it won in last year’s election was ill-gotten.

Opposition parties insist that the Georgian Dream walked out on the deal after realizing that it will not be able to clear that threshold. “They realized that they have a zero chance of getting the 43 percent,” said Zurab Japaradize, leader of the opposition party Girchi – For Greater Freedom.

Opposition leaders also accused the ruling party of reneging on the deal mediated by its crucial Western allies. The move comes as the government has come under fierce criticism from Europe and the United States over its handling of homophobic riots earlier this month.

Georgian Dream, in turn, blamed the largest opposition party, United National Movement, which has not signed the agreement but had informally agreed to another of its main tenets: to end its boycott of the parliament.

“The majority of the opposition members refused to sign the April 19 document, which primarily aimed to deescalate political polarization,” Kobakhidze said. “Georgian Dream and United National Movement are the two opposite poles in this polarized environment, so polarization will not be reduced or ended if one of these parties does not sign the document.”

European and American diplomats, who invested strenuous efforts toward working out the agreement, have not yet commented on Georgian Dream’s decision. But Western officials had already criticized the government for walking back other tenets of the agreement related to electoral and judicial reforms.

The withdrawal from the deal “constitutes a straightforward rejection of Georgia’s Euro-Atlantic course and the peaceful development of the country through democratic reforms,” a coalition of civil society groups said in a statement.