South Ossetia has opened up a bit. Residents on the de facto boundary with Georgia hope it lasts. 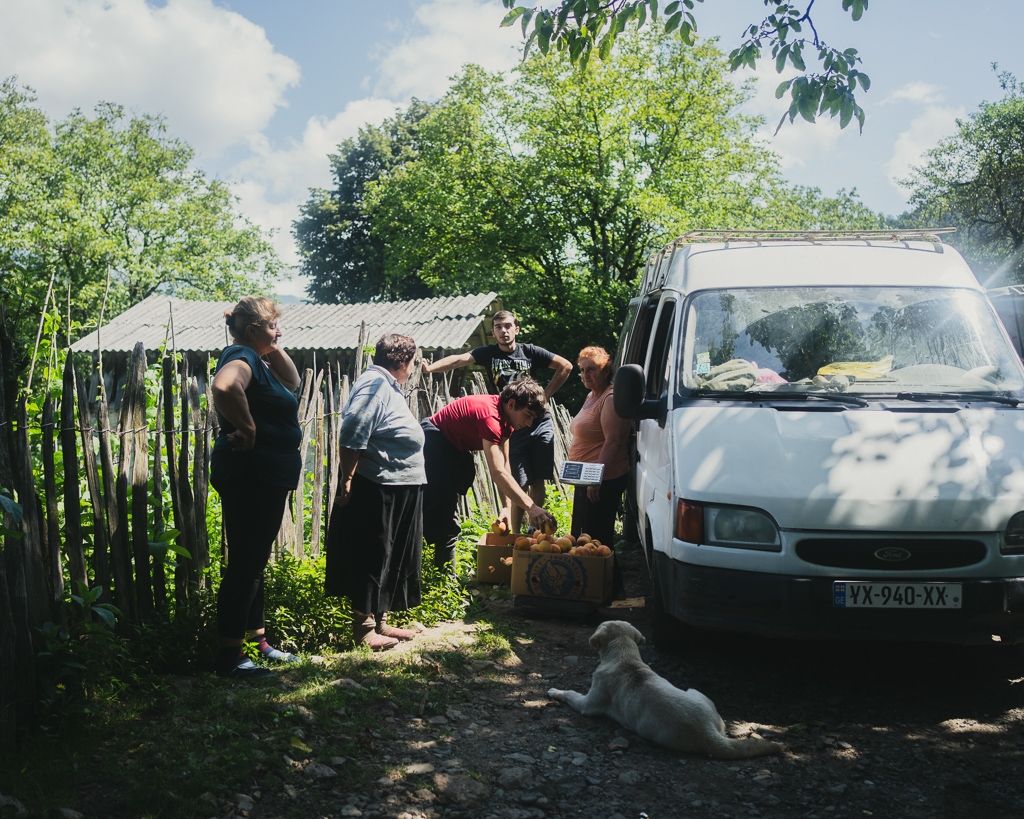 After nearly three years of complete closure, the doors between South Ossetia and Georgia proper are cracking open.

Following the election of a new de facto leader in May, the South Ossetian authorities have already opened two crossing points for three brief periods and in late September, will open them again for a 10-day stretch.

For residents of the remote village of Perevi, which sits directly on the de facto border, it is long overdue.

Naili Shukikadze, 59, used to cross the boundary line every day on foot to teach Georgian at the school in the village of Sinaguri, which is controlled by the South Ossetian authorities and has a mixed Georgian-Ossetian population. But she hasn’t been since 2020, when the South Ossetian side shut down the crossing points in February as the COVID pandemic spread.

“I would like to be able to teach again in Sinaguri, I know that the kids are missing Georgian lessons and I feel bad for them,” Shukikadze said. “They have a new president and it is said that he likes Georgians, the reopening is his initiative.”

The new South Ossetian leader, Alan Gagloyev, campaigned on a promise to reverse the isolationist practice of his predecessor, Anatoly Bibilov, who had shut the crossing points following a spike in tensions in 2019, and then for COVID.

“The opening of the crossings is a major relief for the local population that had been significantly reduced during the years of closure,” Olesya Vartanyan, a senior analyst for the International Crisis Group, told Eurasianet. “Many local ethnic Georgians were not able to collect their salaries and pensions and had to leave their homes in South Ossetia for good.”

So far the opening has only been partial: for short periods over Easter and the local traditional holiday of Lomisoba, and then for 10 days in August. And only two of the five existing crossing points have reopened: one at Perevi, on the western side of South Ossetia, and another at the village of Odzisi in the southeastern corner. 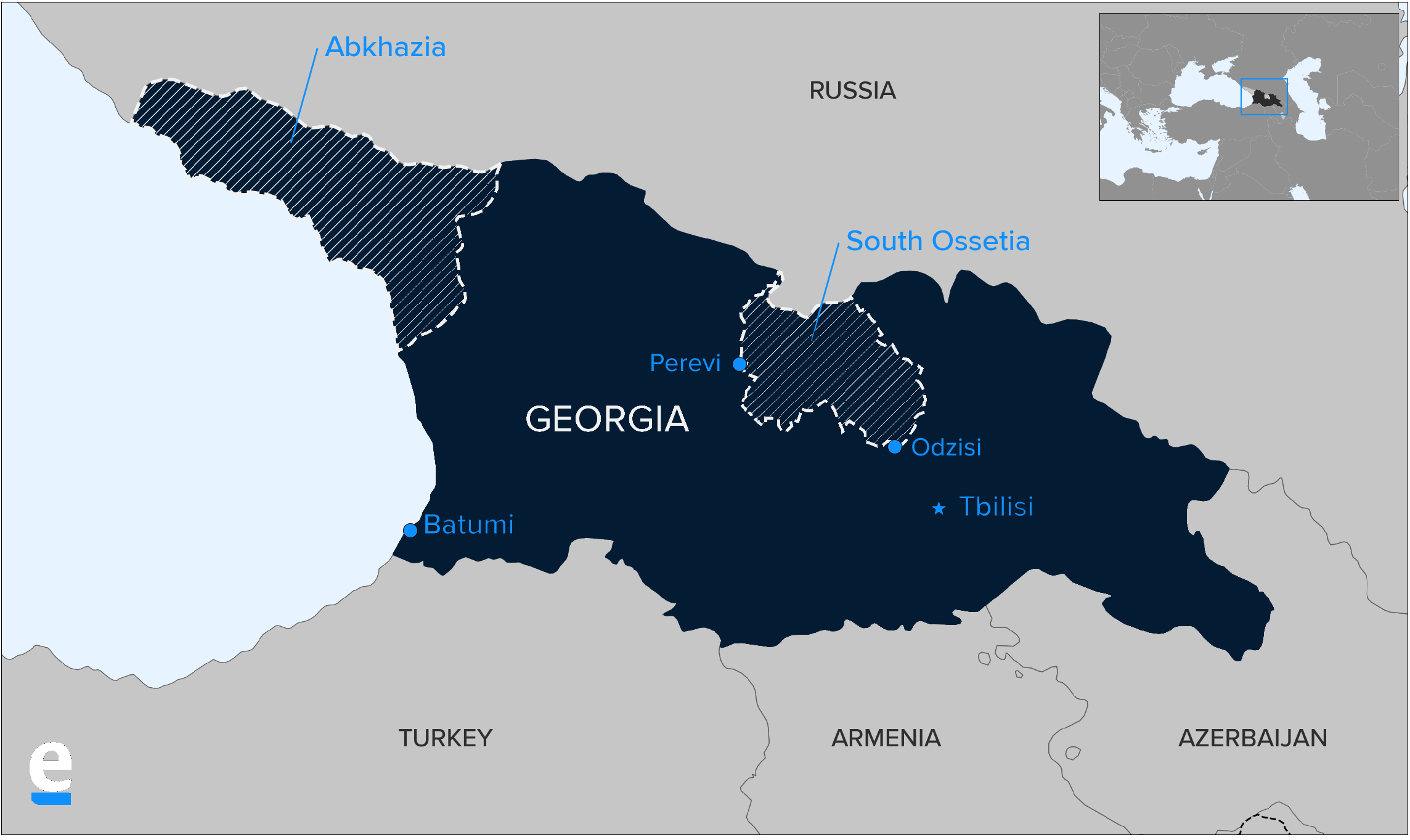 According to the EU Monitoring Mission (EUMM), which observes the de facto border – the EUMM and the Georgian government refer to it as the “administrative boundary line,” or ABL – 486 people crossed in Perevi for Easter in April, and 390 in June during Lomisoba. In August, there were roughly 40 crossings per day.

“When the crossing points were closed in February 2020, the everyday life of these communities was strongly affected,” Marek Szczygiel, the Polish diplomat heading the EUMM, told Eurasianet. “Some people lost their jobs, families got separated for long periods of time due to children attending school on the other side of the ABL. Many have not seen their loved ones for months or even years.”

That was the case with Maia Nikolaishvili.

Nikolaishvili, 48, teaches art at the school in Perevi, but her home is on the other side of the boundary line, in the village of Karzmani. When the ABL closed in 2020 she and her husband stayed on the Georgian side while her son, 31-year-old Bachuki, stayed in Karzmani. Meanwhile, her South Ossetian documents expired because she couldn’t get to Tskhinvali to renew them.

Finally, at Easter, she saw her son again, as well as the grave of her younger son, also in Karzmani. But the Russian guards manning the boundary told her that she couldn’t cross any more with expired documents.

“If I entered, they wouldn't let me out and I would be stuck there,” she said. “If this is always open for 10 days, a lot of things will change for me. I will be able to take care of my son's grave so that grass and trees don’t grow on it, and then we will be able to take better care of our house, we will move forward.”

Perevi was not always so cut off. It is the largest village in a narrow valley through which a road connects the Georgian region of Imereti with South Ossetia and onward to the North Caucasus. But it was damaged in a 1991 earthquake, and the 2008 South Ossetia war was another heavy blow.

Following that war, Russia formally recognized South Ossetia as an independent country. Moscow now heavily backs the territory and stations thousands of troops there. Over the last several years it has been erecting fences along the ABL, a process Georgia and its allies call “borderization.” In Perevi, that has meant a loss of access to summer pasture lands which now lie on the other side of the de facto border.

“After the earthquake, and even more after the 2008 war, many young people left for Tbilisi and abroad to find work,” said Guram Shukakidze, the director of the Perevi school. While 270 families are officially registered in the village, he estimated that only about 170 live there year-round.

The war also resulted in tightened restrictions about crossing between South Ossetia and Georgia proper. Before the war there was one major crossing open to anyone, including foreigners, along with other smaller crossings used primarily by locals. After 2008, though, crossings became restricted only to residents of villages near the boundary, who must apply for special passes through an onerous procedure. The “border” formalities are now carried out both by Russian and South Ossetian security officers.

The openings so far have applied only to pedestrian traffic, which means that trade is virtually impossible.

“The reopening is limited to people who have special passes that are traditionally difficult and slow to issue. Some local officials promise that this will change soon,” Vartanyan of International Crisis Group said. “The other issue is that the crossings remain open only for pedestrians. This means that no resumption of trade would be possible, the way it was in past years.”

Most of the people crossing so far have been from the South Ossetian side; goods and service on the Georgian side have become much cheaper than those available in South Ossetia, now that imports from Russia have been impacted by sharp inflation and international sanctions.

“Mainly Georgians and Ossetians from the occupied territories took advantage of the border reopening and not the other way around,” said one of Shukikadze’s neighbors, who asked not to be identified. “They came here to pick up their pensions or visit doctors and buy some products in Sachkhere [a nearby town]. They also met some relatives and went back.”

In Perevi, locals hope that the temporary openings are a step towards the full reopening of the crossing points. They may be helped along by the geopolitical situation, in which Russia is bogged down in the war in Ukraine and may be seeking to reduce tensions elsewhere.

Since that war began, there has been a noticeable decrease in detentions of Georgians along the boundary line – long a source of friction between the two sides. Georgians who had been detained have been more frequently released, as well – all of which appears to be the result of the war, Vartanyan said.

“Moscow has been investing in preventing incidents to avoid a crisis situation, when it would have to divert its resources to address possible tensions or even a new war in one of the conflict zones,” she said. “Problems remain and the borderization is still taking place. But there are also some positive developments when the crossings open for at least a short period of time. Moscow is clearly not in a position to oppose it.”