Wine exports had been booming, but largely to Russia and Ukraine. Now the industry is trying to reorient, including to China. 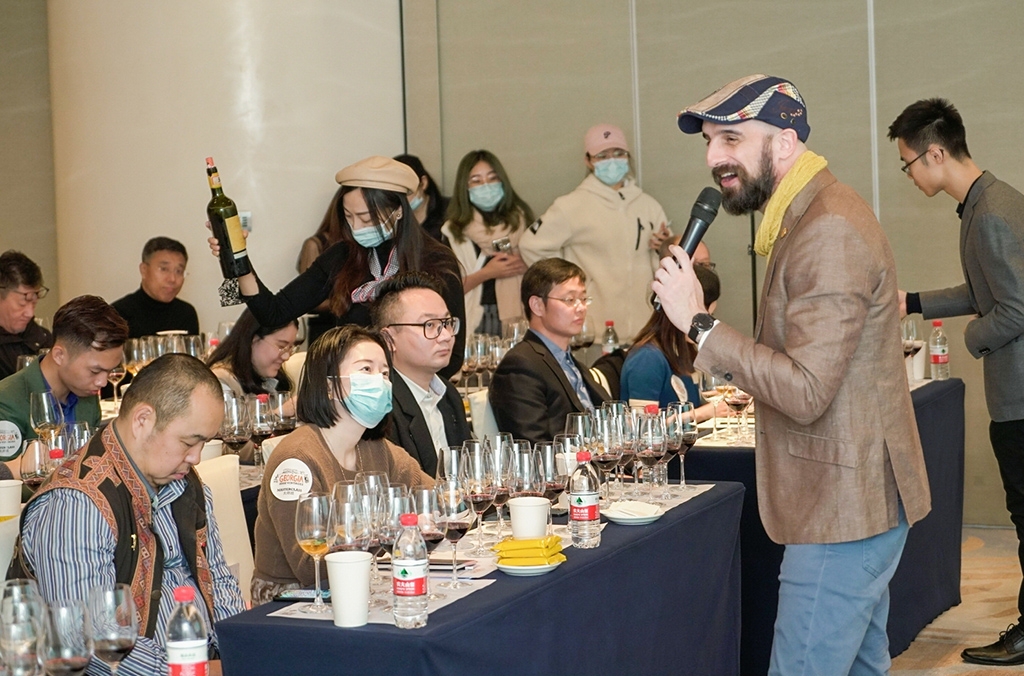 On March 24, Georgian Agriculture Minister Otar Shamugia had good news: He announced that the country’s wine exports for January-February 2022 were up 40 percent from the same period last year.

But the bad news, which he neglected to mention, was obvious: Russia’s invasion has devastated Ukraine, which had been Georgia’s number-two wine export market. And most wine exports to Russia and Belarus – numbers one and five, respectively – have halted due to an unstable exchange rate, banking difficulties, and in some cases, solidarity.

Together, the three countries made up 74 percent of Georgia’s total wine exports before the war, making the future of Georgia’s signature industry a grim one.

“We won’t get a good picture of what kind of damage we’re looking at for several months, but the Ukraine market is gone,” Irakli Cholobargia, an advisor at the National Wine Agency of Georgia, a state body under the Ministry of Agriculture, told Eurasianet.

The Georgian wine industry is no stranger to adversity. In 2006, Russia placed an embargo on Georgian wine, mineral water and other agricultural goods as an apparent punishment for Tbilisi’s turn toward the West.

Overnight, Georgia was deprived of the market that had been purchasing 87 percent of its wine exports. The ban, however, turned out to be a blessing in disguise as it forced wineries to modernize, improve their quality, and diversify their markets. Ukraine became the chief wine destination and was importing over 11 million bottles by the time Russia lifted its ban in 2012. Then wine exports again shifted towards Russia, which imported 22 million bottles from Georgia in 2013.

For the next 10 years, the Georgian wine market saw remarkable expansion, exporting to 62 countries and making great gains in China, Poland, Kazakhstan, and Belarus.

Still, Russia and Ukraine continued to dominate the market. According to National Wine Agency figures, 2021 was the industry’s best year, with exports totaling 107 million bottles worth $250 million. It looked as if 2022 would be another record breaker, until Russian tanks rolled into Ukraine.

“We stopped shipping to Russia, Belarus and Ukraine as soon as the war started,” said Irakli Bokuchava, commercial director at Teliani Valley, one of Georgia’s largest wineries. Bokuchava said the decision to stop trading with Russia was driven by solidarity with Ukraine, where Teliani Valley has had a sales team since 2006. “In the current situation, we are concentrated on the physical safety of our Ukrainian team members, rather than the importance of sales to other regional countries,” he said. Russia had accounted for 25 percent of Teliani Valley’s sales.

Even while the world imposes unprecedented sanctions on Russia in the wake of the Ukraine invasion, Georgia has declined to join them. Its room for maneuver is limited because Russia is one of the country’s largest trading partners, as well as the most fickle.

In 2019, when protests broke out in Tbilisi after officials invited a Russian lawmaker to address Georgia’s parliament from the speaker’s chair, Russia threatened another ban on Georgian wine. Now, with Russia on the warpath, the Georgian government has been walking a trepidatious line to not antagonize Moscow. Sanctions, it argues, are contrary to the country’s national interests.

A group of 124 independent winemakers and distributors have signed an open letter of protest and a declaration to ban wine sales to Russia. The exports of these wineries to Russia is marginal; that market is dominated by larger companies. But they are calling on more firms to join them: “If the government won’t impose sanctions, we encourage others to join us to impose them on our own.”

Big wineries are already seeing the negative impact of global sanctions. Levan Osepashvili, head of the export department at Askaneli Brothers says all import companies in Ukraine have closed their offices because of the war and the resulting economic fallout. Askaneli has stopped shipping to Russia and Belarus for the time being.

“In 2021 we exported almost 9 million bottles of wine and brandy to Russia and were planning to increase this number in 2022, but now we are a bit more cautious and waiting for further developments of the situation,” Osepashvili said.

International banking sanctions have made it difficult, though not impossible, to do business in Russia.

Chateau Mukhrani, a premium wine company that took a big hit during the pandemic as its primary market was restaurants, fine wine shops and hotels, compensated by increasing exports to Ukraine and Russia. This now puts the company in a difficult moral and economic position, said its CEO and technical director, Patrick Honnef.

“We have a responsibility to keep our companies alive, pay our staff and contribute to the economy, which suffered during COVID. If Georgia were to join in Russian sanctions, it would harm Georgia more than the aggressor,” Honnef said. Chateau Mukhrani intends to further increase its diversification efforts. “China is a big market for us,” he said.

China is in fact becoming a major market for many Georgian wine companies. Georgia is one of only four countries that has a free-trade agreement on wine imports with China, which imported nearly 6 million bottles of Georgian wine last year (1 million bottles shy of its pre-COVID high). That made it the fourth-largest importer of Georgian wine, behind Poland. Whether growing markets like China will be able to pick up more imports depends on demand, said Aileen Lee, founding director of VinosVivo Wine Media in China.

“Market demand depends on Chinese consumers’ knowledge and interest in Georgia and its wines,” she said.

If Georgia would like to pivot to other markets, wine exporters and the National Wine Agency would need to step up their marketing and promotion efforts. The National Wine Agency currently operates in eight markets, including China, but had suspended its activities abroad because of the pandemic. However, Cholobargia said that international wine fairs “are back” now that most COVID-related restrictions have been lifted and that the agency’s “activities will become more intensive.”

While wineries scramble to keep their businesses afloat, wine growers are bracing for a sharp decrease in prices. “The harvest is going to need support,” Bokuchava said. In the past, the government has typically helped white grape growers with subsidies, as those grapes fetch lower prices and are consumed more locally. This year, though, growers of red grapes – which represent the greatest exports – are going to need help too, he said.