The advice came as Georgia reported two cases of the virus, and neighboring Azerbaijan, one. 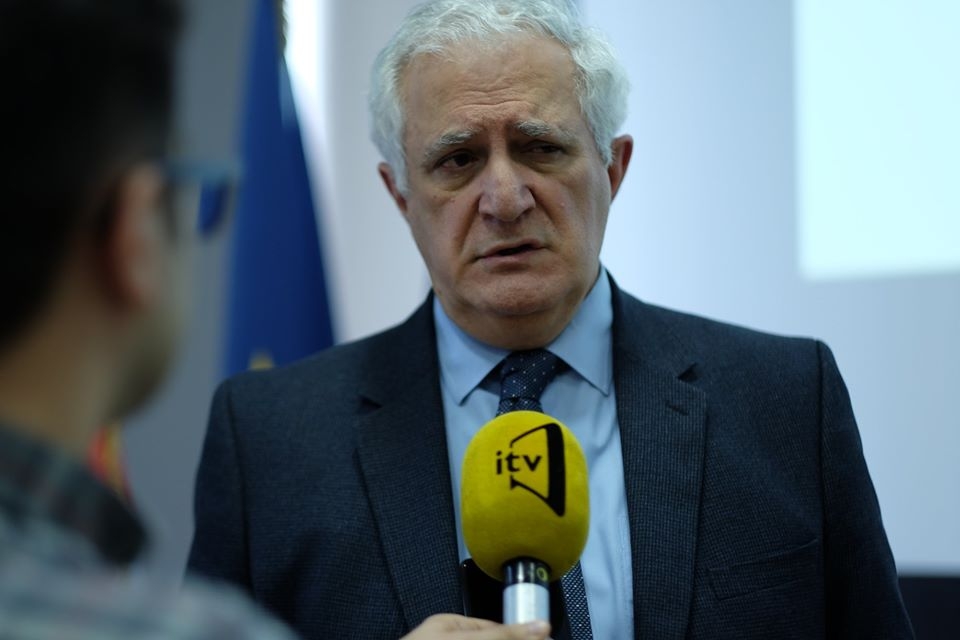 Georgia’s top doctor has instructed people to refrain from kissing following the arrival of coronavirus in the country. The prescription might be hard to follow, though, as kissing is something of a national pastime in Georgia.

A peck on the cheek is the most common form of meeting and greeting among friends and acquaintances. The routine may also include a handshake, hug, or all of the above depending on the genders, level of familiarity and degree of inebriation involved.

But a kiss can transmit not just love but viruses as well, and the habit puts Georgians at an increased risk of contracting respiratory illnesses like coronavirus, the director of Georgia’s Center for Disease Control and Public Health, Amiran Gamkrelidze, warned. “It is our habit to kiss when we meet, but I beg of you, please try to restrain yourself,” Gamkrelidze told a press conference on February 27. “Not just because of coronavirus, but anytime we have a rampant respiratory infection.”

Many Georgians do tend to impose a kissing quarantine on themselves if they have the flu or a cold. “Don’t kiss me, I have the flu,” is something you commonly hear in winter. But the CDC chief suggests dropping the habit altogether, arguing that even the handshake – not just the kissing – is risky.

“It is better to just wave your hand like this,” Gamkrelidze said, demonstrating the preferred form of salutation. “Don’t laugh, this simple recommendation often gives very good results.”

The counsel inevitably set off an epidemic of online lampooning. Some Georgians suggested creating a kissing app of sorts to keep the national custom alive but hygienic at the same time. Others shared an Arabic-language video that proposes replacing handshakes with footshakes.

Despite proposing the kissing embargo, Gamkrelidze insisted that there was no reason to panic. But unease has spread after authorities announced that a Georgian man had come down with coronavirus. The patient had traveled from Iran, which has seen a significant outbreak of the disease, via Azerbaijan. He and the rest of the passengers on his shared minibus were quarantined before they could come in close contact (or kiss anyone) on Georgian soil. No other travelers or border officials tested positive for the virus, according to health officials.

Some of the passengers were kept in quarantine on the Azerbaijani side, where worries also began to spread despite government officials’ attempts to downplay the threat. “I can swear on anything you want that the nation is stable and coronavirus-free,” declared Azerbaijan’s chief epidemiologist, Ibadullah Agayev. He is probably glad he did not, in fact, swear on it: the first case of infection was confirmed three days later, on February 28. So far, in the wider region, only Armenia and Turkey have not reported any cases of the virus.

Georgia’s patient zero, in the meantime, was being monitored at Tbilisi’s Center for Infectious Pathologies, AIDS and Clinical Immunology, the nation’s main hospital for infectious diseases. He remained stable, with no signs of fever or other complications, the Center’s director Marina Ezugbaia said on February 28. In total, 28 patients are being monitored at the center pending complete screening results, she said. “Eleven of these patients tested negative for coronavirus and we are waiting for the results for the others,” Ezugbaia said. Later in the day, officials announced that a second Georgian had tested positive for coronavirus, a woman who had recently returned from Italy.

Like everyone else, Ezugbaia insists that everything is under control and that there is no reason to panic, but one bizarre incident at the hospital gave many Georgians pause.

An Iranian man, who had been monitored at the clinic, emerged from the clinic’s doors on February 26 to tell the cameras rolling outside that he had tested negative for coronavirus. As he was busy thanking the Georgian doctors and the almighty, two female health workers, one wearing a full hazmat suit, another just scrubs and a cap, emerged from the door and pulled him back into the clinic. “He is a bit touched in the head,” the woman in the cap told the perplexed journalists before shutting the door.

The hospital staff later explained that the man had left without permission and did so by breaking down a door in his ward. “He is quite strong physically,” explained hospital representative Alexandre Gigenava to Palitra News. He said that the Iranian did, in the end, test negative for coronavirus. He further clarified that the woman who did not wear a facemask and overpowered the strong Iranian man was a cleaning lady who does not normally come in close contact with patients.

All this played out before the CDC chief came forth to give his philametalogic piece of advice. The kissing ban aside, Gamkrelidze also reminded his audience of the World Health Organization’s more prosaic recommendations for virus prevention: wash your hands with soap.