A year after the European Union waived visas for Georgians, a surge of migration is fueling fears the program could be suspended. 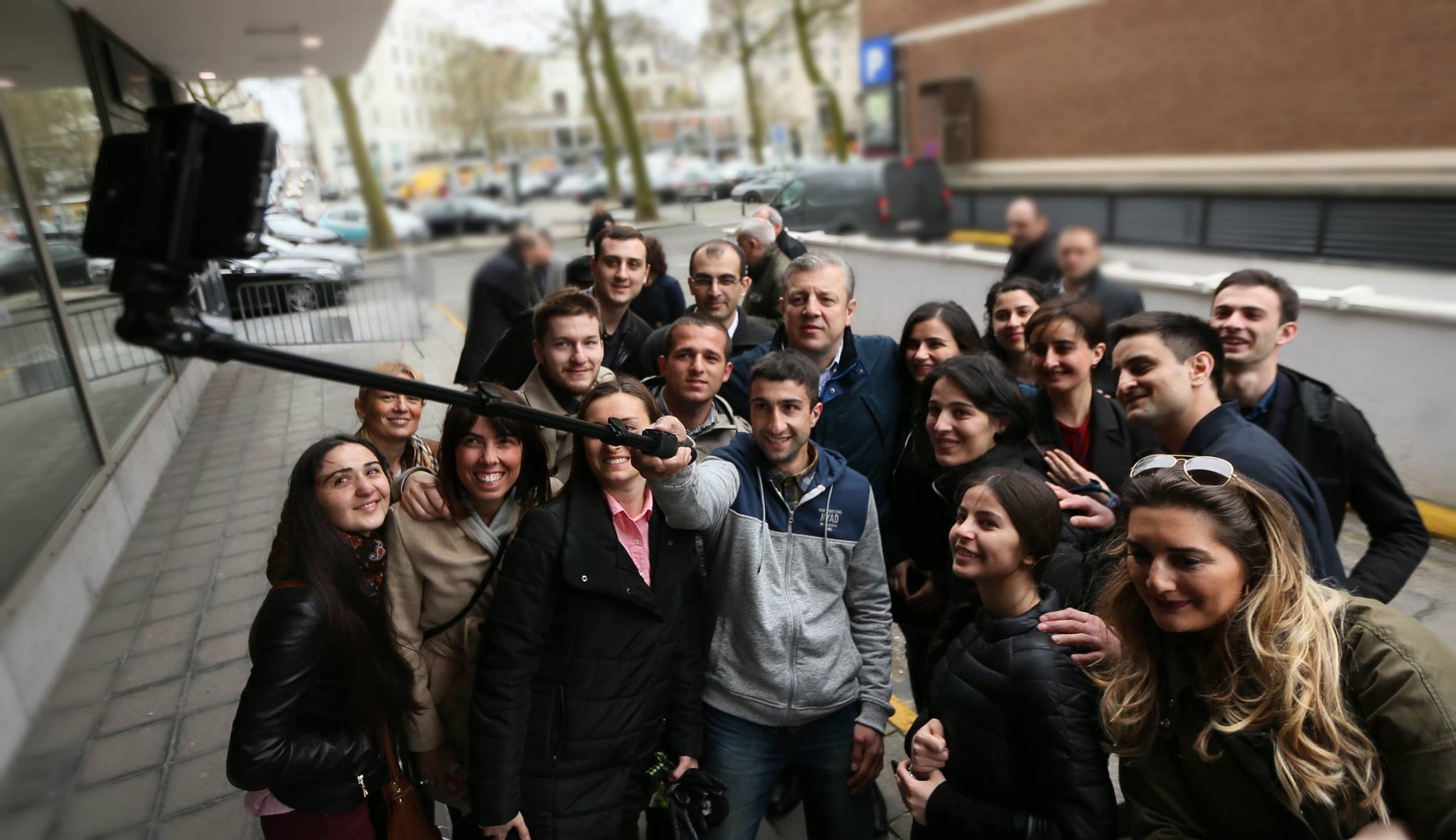 A year ago, when the European Union declared that Georgian citizens could come for a visit without first applying for a visa, the Caucasus nation erupted in jubilation. There was a collective sense that Georgia was beginning to realize its long dream of joining Europe.

Yet today, Georgians worry their visa-free travel may be at risk. Some EU members are complaining that too many Georgians are applying for political asylum, taking advantage of free health care, or turning to crime.

In the last quarter of 2017, Georgians lodged more asylum applications than citizens of any other ex-Soviet country, adding a strain to Europe’s migration crisis. The applications totaled 1,465 in December alone (more than a third of those were filed in Germany), almost triple the number recorded the previous December. Overall, the number of Georgian asylum seekers increased 39 percent year-on-year, to 10,465, according to the European Asylum Support Office.

These numbers barely register next to those from North Africa and the Middle East. But the rate of increase is not far off the 50 percent threshold set by the EU, under which a member state can invoke the so-called Suspension Mechanism, an escape plan.

Patience with Georgia appears to be wearing especially thin in Germany, which has borne the brunt of Europe’s refugee crisis. In January, Joachim Stamp, integration minister of Germany’s most populous state, North-Rhine Westphalia, asked Berlin to reconsider its visa policy toward Georgia. Germany’s Interior Minister Thomas de Maizière followed up in February, warning Tbilisi to slow the outflow of asylum seekers or face new visa requirements.

Georgian Foreign Minister Mikheil Janelidze hurried to reassure concerns back home. “I have had conversations with Germany’s Interior Ministry, the German Chancellor’s Office and Bundestag members […] and, for now, activating the Suspension Mechanism is not on the agenda,” he told reporters on February 19.

But that could change fast. “Migration is a painful issue in Europe and it plays out as an important element of electoral politics, especially in Germany,” Jaba Devdariani, a public reform consultant and observer of Georgian-EU migration trends, told Eurasianet.

It may ultimately depend on whether asylum applications continue to pile up this year. Experience shows that an initial asylum surge is often short-lived. “In the past, we have had similar experience with the Balkan Countries. There was a bump at first,” said Dorota Dlouchy-Suliga of the EU Delegation in Tbilisi. “Similarly, we hope that the number of applications from Georgia will go down.”

Until then, the burden nags at EU members like Germany and Sweden. Low-income Georgians appear to be drawn to these countries for benefits including free medical care. “The asylum applicants that I dealt with received free treatment for very grave health conditions, like spinal and kidney diseases, something they could never afford at home,” said one Georgian who often works with asylum seekers in Europe and spoke on condition of anonymity, citing confidentiality agreements.

German officials, moreover, have complained that Georgians dabble in crime while their requests for asylum are being considered. This poses another risk to the liberalized visa regime, as, under the EU rules, a member state can press the suspension button “due to increased criminal activity by the citizens of a partner country.”

There are many stories of Georgian criminals – from shoplifters to gangsters – in Europe, but the actual scope of the problem remains unclear. In 2016, prior to the visa liberalization, 6,451 Georgian nationals were registered as criminal suspects in Germany, according to federal police data. Though this was merely 1.1 percent of the total number of migrants who are criminal suspects, it was also the highest among ex-Soviet countries save for Russia, a much larger country (10,398 registered criminal suspects, or 1.7 percent of the total). Yet both were dwarfed by the rates for citizens of other countries like Turkey (almost 70,000; 11.3 percent), Syria (just over 39,000; 6.3 percent) and Albania (14,280; 2.3 percent).

Data is not yet available for 2017. “So far, we don’t have any statistical signals of a higher risk or an immediate threat due to Georgian criminals,” German Foreign Ministry Spokesperson Annegret Korff said in an emailed comment.

Georgian authorities vowed this month to draft new measures to contain the outflow of asylum seekers and criminals. New legislation will toughen procedures for changing one’s name, making it harder for expelled Georgians to reenter the EU with a new identity.

In conversations with Eurasianet, EU officials welcomed these plans and described cooperation with Georgian police and foreign officials as “exemplary.” They added that EU member states should amend their own immigration rules if they want to thwart asylum seekers.

Germany, for example, does not regard Georgia as safe for its own citizens; thus, Georgian asylum applications are given full consideration. France, once also a favorite for Georgian asylum seekers, added Georgia to its list of “Safe Countries of Origin” in 2013. There, asylum denials have become more common.

For now, it is mainly Germany that Tbilisi needs to please as no other country has complained openly. Yet even if the indicators continue to worsen, Georgians are unlikely to see their new right revoked suddenly. “There is nothing automatic about the Suspension Mechanism,” said one EU official, adding that any change is likely to involve time-consuming hand-wringing in Brussels.