Georgians Get Visa-Free Travel to EU, but to Russia? Not So Fast 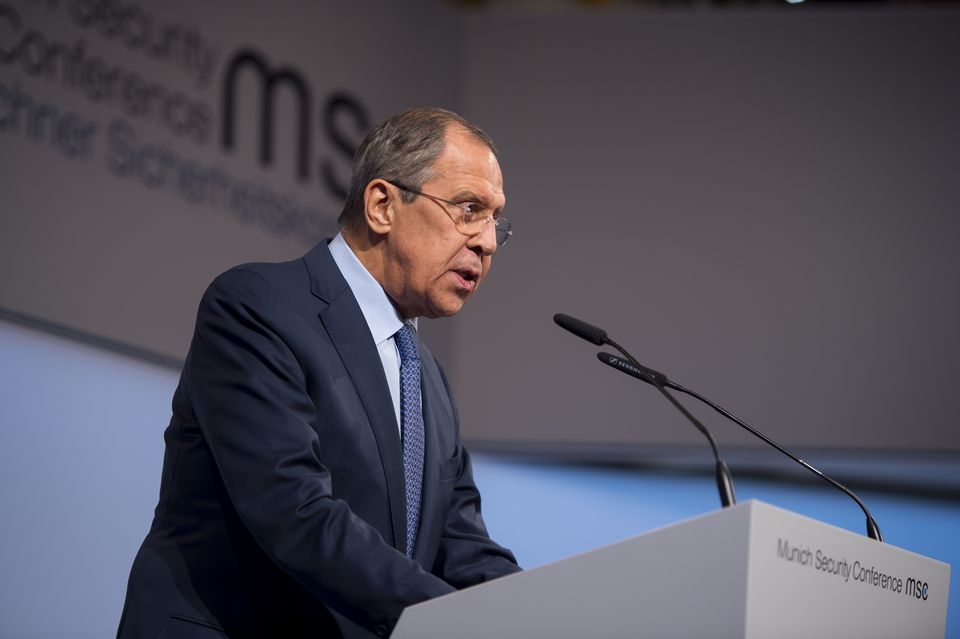 After getting the green light for long-awaited visa-free travel to the European Union, Georgians will have to wait a little longer for the same privileges in Russia.

Speaking at the Munich Security Conference on February 18, Russian Foreign Minister Sergei Lavrov dismissed the possibility of a visa free waiver with Georgia, which recently won visa liberalization with the European Union. While Lavrov said he was pleased the relationship “has begun to normalize,” he expressed reservations about allowing Georgians into Russia without a visa, arguing that it was premature to embark on such a step without closer formal cooperation between the two countries. More controversially, he appeared to cast Georgia as a major security concern.

“[A visa-free regime] is linked to the need to ensure security,” Lavrov told reporters. “Militants and extremists are trying to use not only Central Asia, but also the Caucasus as a transit route.”

Diplomatic relations between Georgia and Russia were severed after the 2008 war and, despite some steps towards normalization, the Georgian government has ruled out reestablishing formal diplomatic relations while Russian forces occupy its territory. However, Georgia allows Russians to enter their country without a visa—a policy established by the previously ruling United National Movement government—and over a million Russians visited the country in 2016, according to the Georgian National Tourism Administration. That was enough to make Russia the fourth-largest source of tourists, and represented a 12% increase over 2015.

Georgians reacted swiftly to Lavrov’s accusations. Tbilisi’s special envoy to Russia, Zurab Abashidze, who is typically seen as a softer touch when it comes to Russia, scoffed at Lavrov’s depiction of the country, calling it “inaccurate.” Georgian President Giorgi Margvelashvili also chimed in. “Georgia is fighting against terrorism not only internally, but also [internationally] as a member of the coalition, and not through political statements, but by means of its troops,” he said.

Lavrov's security justifications, indeed, don't stand up to much scrutiny. While allegations persist that the previous Georgian government may have supported North Caucasian partisans for operations in Russia, that no longer seems to be an issue and Georgia is currently quite stable.

Lavrov's comparison to Central Asia was a bit disingenuous, as well, as Kazakh and Kyrgyz citizens currently do not require a visa to enter Russia. And the regions of Georgia that are most known for trafficking and criminality are the Russia-backed separatist regimes of Abkhazia and South Ossetia.

Notably, Russia had previously been far warmer in its assessment of the possibility of Georgian visa-free travel to Russia. As recently as December, Russian President Vladimir Putin hinted at the possibility of a visa free regime between the two countries. “There are certain signals being sent by the Georgian government,” he said, implying that visa-free travel for Georgians was still in the cards (albeit, Putin noted, pending the establishment of cooperation between the two states' law enforcement agencies). A year earlier, Putin had been even keener on the possibility, saying that Russia was “ready to introduce a visa-free regime with Georgia.”

That, however, was before Georgia finalized a visa liberalization agreement with the EU, which is expected to come on-line in April, allowing Georgians visa-free travel to the EU’s Schengen zone.

Until that happened, Georgia was stuck in an uncomfortable, extended limbo with the EU over the visa-free negotiations, which seemed to offer Russia an opportunity to dangle its own visa free program as a near-term alternative. But now that EU visa liberalization is a reality for Georgia, Russia no longer has much of an incentive.

However, many Georgians may have more practical reasons to visit Russia than much of Europe—at least for now—given the two countries’ longstanding cultural, economic, and past political ties.

With his comments, it is possible that Lavrov is telegraphing Russia's hope to lure Georgian authorities into a more accommodating posture towards Russia. This could represent a spectrum of possibilities -- from the relatively innocuous step of rebuilding certain political ties, to the more serious step of restoring diplomatic relations, to Moscow's likely preference of Georgia's moderation of its Euro-Atlantic aspirations. In effect, Lavrov is projecting a visa-free regime as a kind of "reward" for a more positive orientation by Tbilisi towards Moscow.

Lavrov's statement also can be interpreted as a kind of admission that Russia does realistically need Georgian cooperation as part of any integrated regional security strategy. Russia's problems with transnational criminality and insurgency are far more advanced than Georgia's, and Georgia could play a key role both along its border and in the Black Sea. This was probably best illustrated during the 2014 Sochi Olympics, when Russia and Georgia cooperated on security for the games, which was not only a meaningful gesture by Georgian authorities -- but also likely the key factor that froze out Abkhazia's hitherto mooted participation in the Games.