A Russian diplomat’s pointed mention of “war” may have been metaphorical, but Georgians aren’t taking chances. 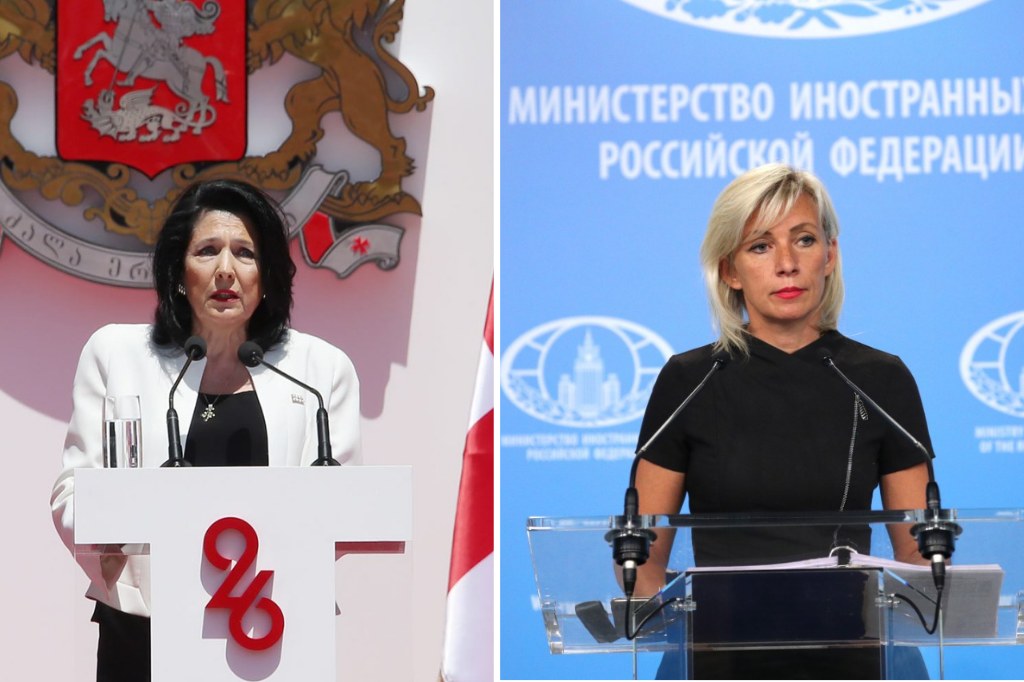 Thus far, the ongoing dispute between Tbilisi and Moscow has been a war of words – Moscow is calling Georgia rude and Tbilisi labelling Russia an “occupier” – and a war on tourism, as the Kremlin has banned flights to Georgia and declared the country unsafe for Russian tourists.

But with some ominous remarks by a senior Russian diplomat, some Georgians now worry about the prospect of a real war.

Following the latest round in the long-running diplomatic talks between the two sides known as the “Geneva discussions,” Russian Deputy Foreign Minister Grigoriy Karasain on July 3 dropped the w-word.

“It’s either meetings in Geneva or the arms race and war,” he said.

Karasin’s comments may have been merely “dark humor,” as Paata Zakareishvili, a former State Minister of Georgia for Reconciliation and Civic Equality, told the newspaper Netgazeti. But some worry that Russia, if it wanted, could easily find a pretext – a staged provocation against a Russian citizen in Georgia, say – to escalate matters further.

Tbilisi is adamant that Georgia remains safe for ordinary Russians to visit. Georgian President Salome Zourabichvili called on Russians to spend their summer in Georgia in spite of the Kremlin’s attempt to ban tourism there. “Tourists must keep coming because they love Georgia and politicians should solve the issues that created this problem,” she said.

Russian tourists “owe it to you to come? Do they owe you personally, chérie?” Zakharova gloated on Facebook, taking a swipe at the Georgian president’s French roots. She suggested that Zourabichvili was worried primarily about the economic impact. “I see that you are trying and that this statement was prepared with a calculator in hand, but you should try harder, not for the sake of Russian tourists – they have other options – but for the people who elected you.”

But Russian tourists who booked trips to Georgia may not have too many other options. Budget travelers, who represent many Russian visitors to Georgia, need to wait a month or more before airlines refund their tickets and have been left with little time or money to make alternative summer vacation plans.

“The Georgians are protesting and the Russians are paying the price for it,” said Russian opposition leader Alexey Navalny in a video address. He said 155,000 Russians, a number cited in the Russian media, have had to cancel their trips to Georgia. “Why do Russians again have to pay for this? We had the same with Egypt and Turkey,” Navalny said.

The Georgian government appears to be in a cleft stick, trying to appease anger both in Moscow and at home. The ruling Georgian Dream party insists that Gavrilov’s taking the speaker’s seat was a lapse in protocol, though the Russian lawmaker insists that the Georgian authorities invited him to the country to preside over an ill-fated meeting of parliamentarians from Orthodox countries. A little-known Communist MP now launched to international fame, Gavrilov said he would’ve been happy to take a little stool in lieu of the speaker’s chair.

Gavrilov also appears to be one of those Russian tourists who lost a chance to visit Georgia this year. He and his wife “planned to take kids to Georgia this summer for a pilgrimage after the heat recedes,” the controversial communist told reporters back in Moscow.

Georgian authorities said he would not be allowed back into the country.