One Georgian bazaar has avoided the government’s order to close by adopting a novel way to clean its money. 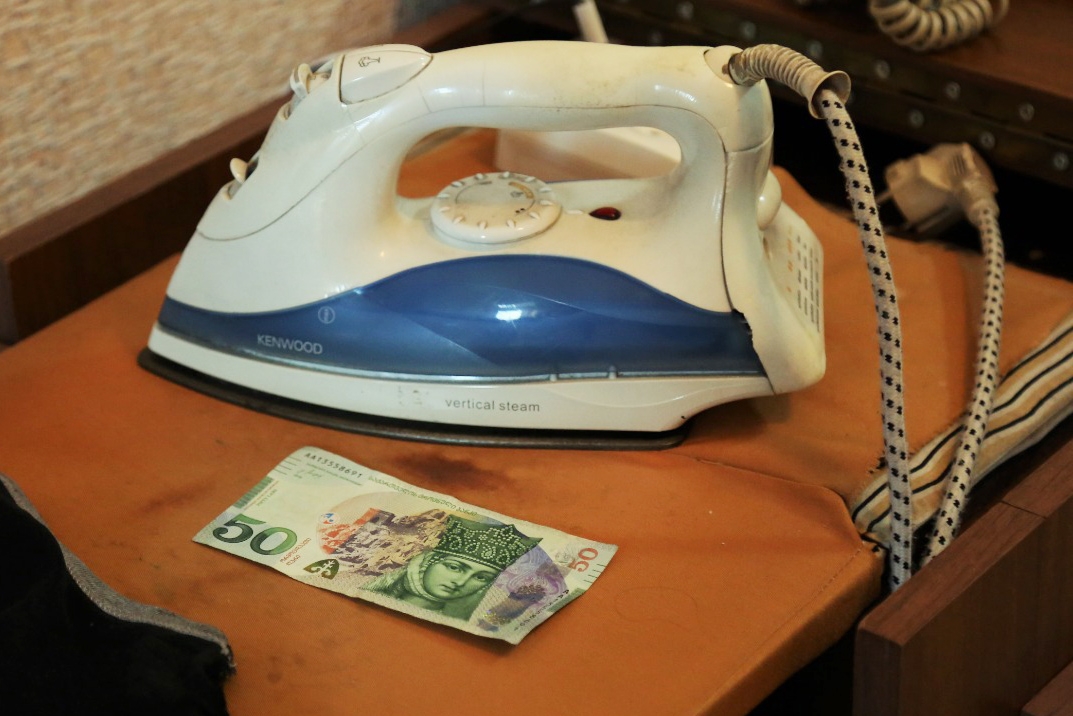 Fearing dirty money might transmit the novel coronavirus, some Georgians have begun ironing their banknotes and dipping their coins in alcohol.

In Poti, a Black Sea port, airport-style security checks have become the new normal at the entrance to the local bazaar. A woman wearing a mask and gloves solemnly takes bills, places them under a hot iron and gives them back to shoppers and shopkeepers. Next to her, a man checks the temperature of everyone entering.

Thanks to this unusual decontamination ritual, Poti’s was the only bazaar to escape an April 7 government order that all open-air markets in Georgia be closed. These markets cannot comply with social-distancing and sanitation requirements, the authorities say, though much concern is focusing on the national currency, the lari.

The lari has been failing Georgians in two ways during the current crisis: by depreciating – it lost roughly 20 percent against the dollar in March – and as a potential carrier of COVID-19. For now, the lari has stabilized, but cash-based contamination is hard to contain. News reports are full of people claiming they contracted the virus by handling cash at exchange booths and grocery stands or as payment for their work.

In the lari’s defense, the jury is still out on COVID-19’s potential to hitch a ride on banknotes. The U.S. Centers for Disease Control and Prevention (CDC) says that infected objects and surfaces, including cash, are not a primary mode of transmission; person-to-person contact is by far the greater concern. Still, the U.S. Federal Reserve and the National Bank of Georgia have been quarantining some cash for seven to 10 days before releasing it back into the wild. South Korea reportedly went as far as burning some banknotes.

The World Health Organization said it had not recommended giving up cash, but did urge contactless payments where possible. Alas, that is not an option at many of Georgia’s small stores, kiosks, bakeries and bazaars.

“There is no scientific evidence the coronavirus can be transmitted through [physical] money,” said Paata Imnadze, deputy head of the National Center for Disease Control and Public Health, amid growing fears of cash transmission. “Money, just as any other object that is changing hands, could potentially be a source of infection.”

Many Georgians are not taking their chances. In some mom-and-pop shops and bakeries, customers are asked to place their coins into little bowls containing an alcohol solution. Some shoppers place the bank notes in separate bags and keep them quarantined at home before reusing them. Social media users are sharing photos and videos of their ironing techniques.