Georgia’s Baby Boom and the Union of Church and Birthrate 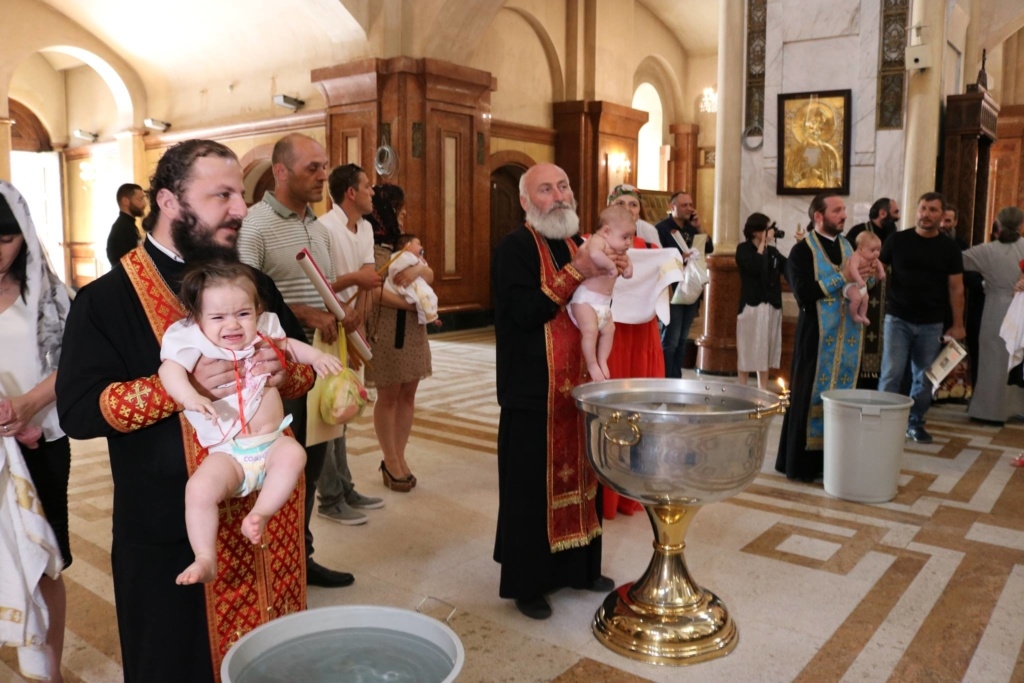 To mark St. George's Day this week, the head of Georgia’s Orthodox Church (GOC) Patriarch Ilia II will baptize nearly 700 children in a mass ceremony. It will be the 51st such mass baptism he has carried out since 2008. And according to a new study, the Patriach's involvement has had a measurable, positive effect on Georgia's birthrate.

Ilia started the mass baptisms in 2008, as part of an effort to increase Georgia's stagnant demographic situation. To encourage Georgians to make large families, he promised to personally baptize, and become godfather to, every third and later child of married Orthodox couples.

The offer proved attractive in Georgia, where more than 90 percent of the population is Orthodox and Ilia is one of the country's most popular figures.

Since he began the mass baptisms, more than 33,000 babies have been baptized by the Patriarch, representing nearly six percent of Georgia’s total childbirths over that period.

Before 2008, Georgia had a consistently below-replacement fertility rate – the number of births needed to stabilize the population. Since then, figures have risen above this threshold, and an economist who has examined Georgia's demographic data argues that the Patriarch's intervention has been decisive.

Birthrates had just started to turn the corner by 2008, but then shot up immediately after the mass baptisms began. “The divergence is so large and persistent that ... it seems extremely likely that much of this jump was due to Patriarch Ilia’s offer of baptism,” the economist, Lyman Stone, wrote in a recent report on the Institute for Family Studies blog.

Georgia also has implemented a series of financial initiatives for bearing children since 2013. Paid parental leave was extended from 126 to 183 days and unpaid leave from 477 to 730 days. Likewise, the government increased the “baby bonus,” a one-time payout for having a child, from about $250 to about $400, and increased the bonus for a fourth child to nearly $800. In 2014, they launched another expansion, offering parents of three or more children in low-population regions an $850 annual payment.

But Stone found that the Patriarch's baptism was far more influential, at least according to the statistical data. “The effect [of the subsidies] is substantially smaller than the effect observed from Ilia’s baptism offer, and, of course, the price tag far, far higher, with these programs costing Georgia an appreciable share of its budget,” he wrote. “Giving money for kids does have some effect, just not as much as encouragement from beloved religious leaders.”

St. George’s Day, on November 23, is one of the country’s most revered religious holidays. The public ceremony will take place in the Holy Trinity Cathedral in Tbilisi – the site of the first mass baptism. More than 670 children are expected to be baptized, including 300 from Georgia’s Ajara region, the Imedi television network reported.

Georgia’s southern neighbor, Armenia, has also prioritized demographic issues in recent years, with new plans to expand its population from 3 million today to 4 million by 2040. The country has seen its population decline by 640,000 people since its independence in 1991, with the UN projected a further decline down to 2.7 million by 2050.

Its neighbor and rival, Azerbaijan, has been the region’s demographic success story with a projected growth from 9.8 million citizens today to 11 million by 2050.