The country’s most powerful man dramatically announces he’s handing over the reins of power to younger lieutenants. But skeptics note that this isn’t the first time he’s done it. 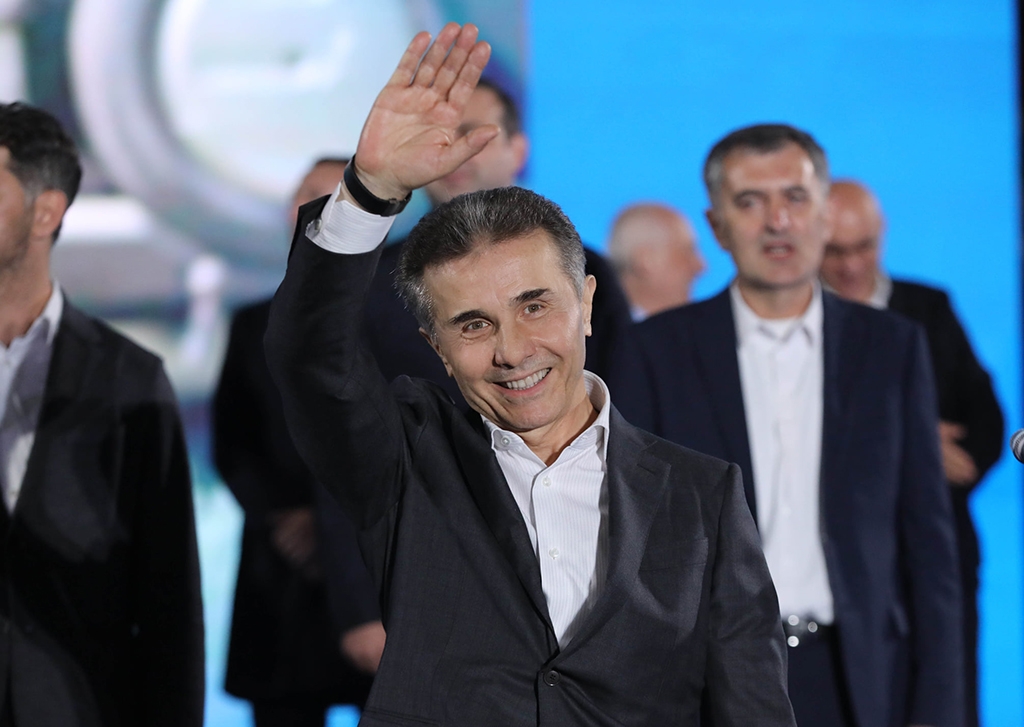 In a surprise twist in Georgia’s high-octane political drama the leader of the ruling Georgian Dream party, Bidzina Ivanishvili, has announced that he is resigning from his formal role in politics.

The resignation comes as Georgian Dream begins a new legislative term as virtually the only party in parliament. The party won a commanding majority in November elections, which opposition forces argued were unfair and as a result have boycotted, refusing to take their seats.

“I believe that my mission is accomplished, so I’ve decided to step out of politics for good and fully give up the reins of power,” the billionaire said in a valedictory letter that he released on January 11. “I’m leaving the party itself and I’m going back to the private life that I had before 2011,” he said, referring to the life of reclusive luxury and philanthropy he lived before his game-changing appearance on Georgia’s political stage a decade ago.

Ivanishvili cited his age – he will turn 65 this year – as one reason for his departure. He said he wanted to hand over the reins to a younger cadre of leaders and left 42-year-old Irakli Kobakhidze, a former speaker of parliament and an increasingly prominent voice in the party, as its new chairman.

Kobakhidze and the other, younger, officials left in charge lined up to lavish praise on their elder mentor.

“To borrow from chess parlance, Ivanishvili came to politics in 2011 as a grand master and defeated, with a Fool’s Mate, the villainous Class E players that everyone had thought unbeatable before,” Kobakhidze said.  That was a reference to Georgian Dream’s watershed victory over then-president Mikheil Saakashvili’s United National Movement Party (UNM).

“The arrival and departure of Ivanishvili were acts of charity,” declared Economy Minister Natia Turnava.

“Of course everyone knows that Ivanishvili was the creator and the determining force in Georgian politics over the past years,” said another of the party’s young leaders, 45-year-old Prime Minister Giorgi Gakharia. “This is a very important example of relinquishing power just after, for the first time in the nation’s history, the party you lead received the people’s support for the third time.” The 2019 election marked the first time in Georgia’s history when a political group had lasted more than two terms in power.

In his valedictory address, Ivanishvili referenced a Georgian tradition that one leaves a “supra” feast with a gracious toast of gratitude, and apologized that he was breaking it by speaking ill of his political opponents. But he couldn’t resist a parting shot at the opposition, particularly the UNM, calling it an “evil force” whose “pernicious influence is still felt, with Georgia Dream still the main thing stopping it.”

Those rivals, meanwhile, suspected that the news of Ivanishvili’s departure may be greatly exaggerated. After all, Ivanishvili already quit once. After a run as prime minister after winning power in 2012, he left the post while continuing to run things from behind the scenes. He formally returned as party chairman in 2018.

“For how long does this twerp think he can pull the wool over the eyes of the Georgian people?” Saakashvili rhetorically asked in a Facebook video following Ivanishvili’s announcement. “He will indeed be forced to leave, but not like ‘I formally hand over the power to my flunkies,’ but for real.”

Others suggested that amid a dire COVID-19 situation and a struggling economy, Ivanishvili may be jumping off a sinking ship to avoid blame. “Isn’t it a paradox for the leader of a ‘winning’ party to quit politics a month or two after the victory?” asked Anna Natsvlishvili, spokesperson for Lelo, an opposition group.

“Ivanishvili decided to distance himself from the situation we have in the country,” said Salome Samadashvili, a UNM member. “We have a major economic and social crisis ahead of us and, obviously, this team [Georgian Dream] will not be able to handle it.”

Some skeptics said that Ivanishvili simply wants to unburden himself of the formalities associated with his position as party chairman. “We saw his second coming and now we are witnessing his second leaving,” political commentator Gia Khukhashvili told Mtavari Arkhi TV. “We need to wait and see how it plays out. For now it is a bit hard to believe as left in charge is a prime minister who was not even allowed to pick his own cabinet.”