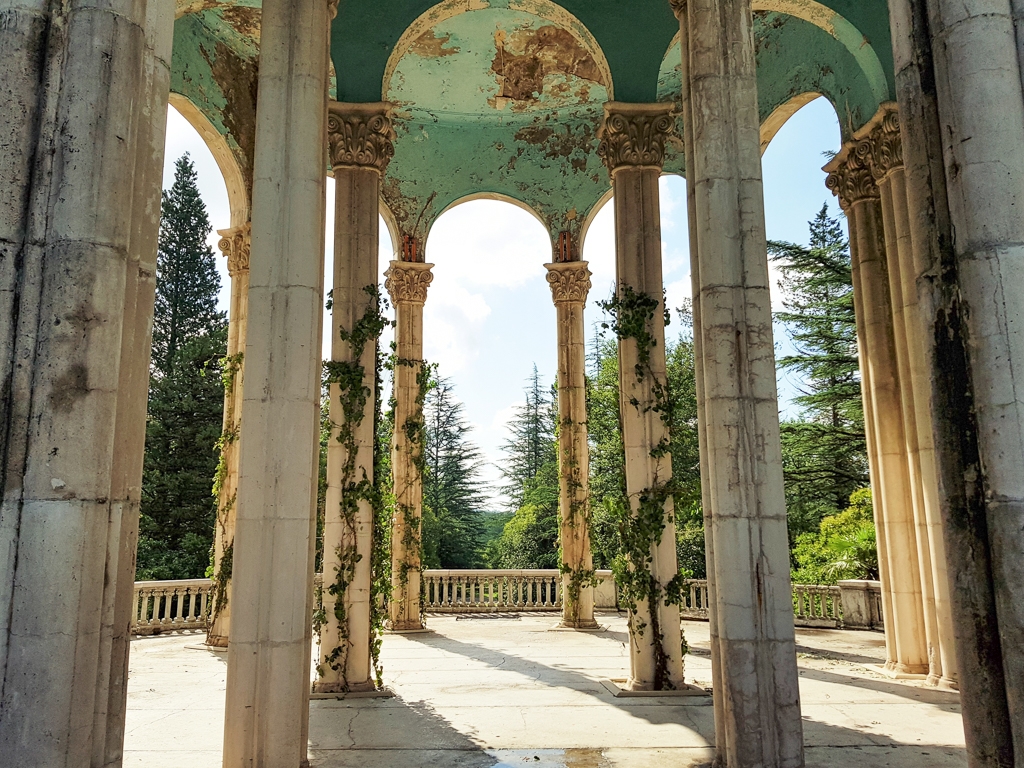 The resort collapsed along with the Soviet Union, and civil war and economic crisis nearly finished it off. (photos by Giorgi Lomsadze)

Once a Soviet response to Baden-Baden, the Georgian spa town of Tskaltubo, where ailing comrades used to bathe in warm mineral springs, is today a post-apocalyptic sight. The palatial sanatoria are now gutted, taken over by moss and ivy. Crumbling mosaics celebrating health and communism offer rare flashes of color amid clusters of grey, grand structures.

The resort collapsed along with the Soviet Union, and civil war and economic crisis nearly finished it off. Only one sanatorium has been remodeled into a modern hotel, the rest were left to crumble, plundered by humans, nature and time. Many Georgians expelled from their homes in the breakaway region of Abkhazia took shelter in some of the empty sanatoria and continue to live there in dire conditions. 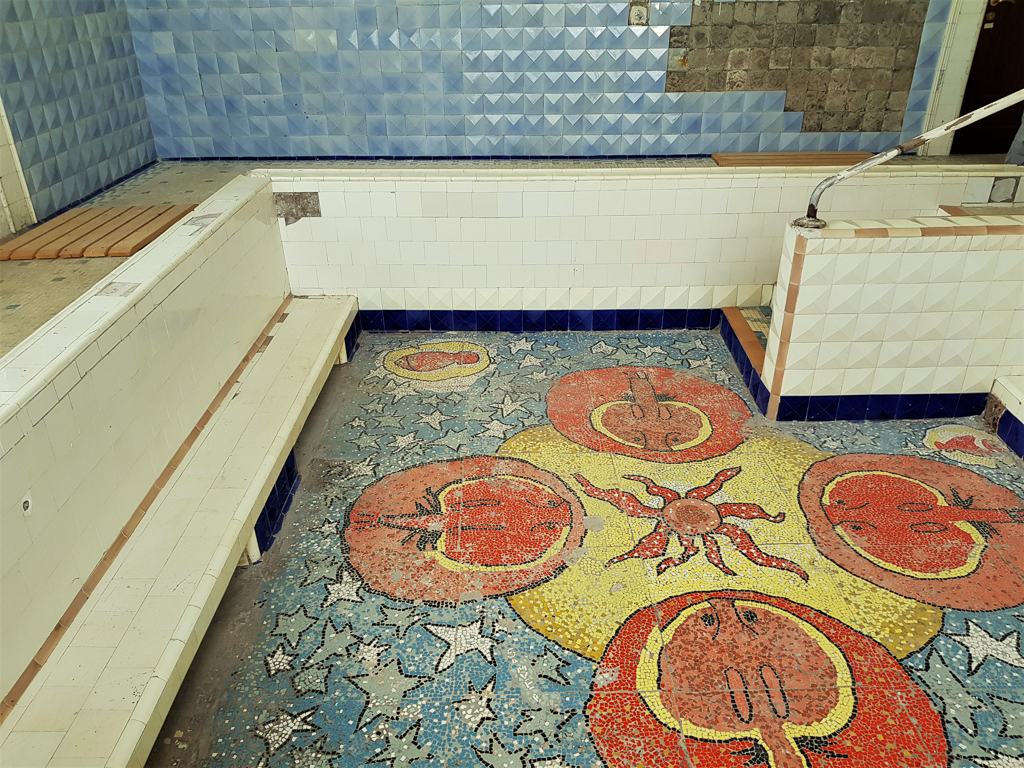 Hot water bathhouses, located in a massive central park encircled by the sanatoria, still attract enthusiasts. Spring 6, the best maintained bathhouse, is now a prominent draw for post-Soviet ruin aficionados who come to gawk at Joseph Stalin’s personal tub, lain with mosaics of stars and pomegranates. But there are also bona fide customers, from places like Kazakhstan and Russia, who flip-flop down the hallways, towels and prescriptions in hand. No matter that the spring water there is naturally carbonated with radon, a radioactive gas – it’s said to have done miracles for Soviet arthritis.

But Tskaltubo is about to rise from the ashes. Bidzina Ivanishvili, the billionaire at the helm of the governing Georgian Dream party, said that he plans to buy the resort and restore it, lock, stock and barrel. “I’ve decided to buy all of the 20 sanatoria and the nine bathhouses, and rehabilitate them under a consolidated plan to develop the resort,” Ivanishvili said in an October 29 statement. 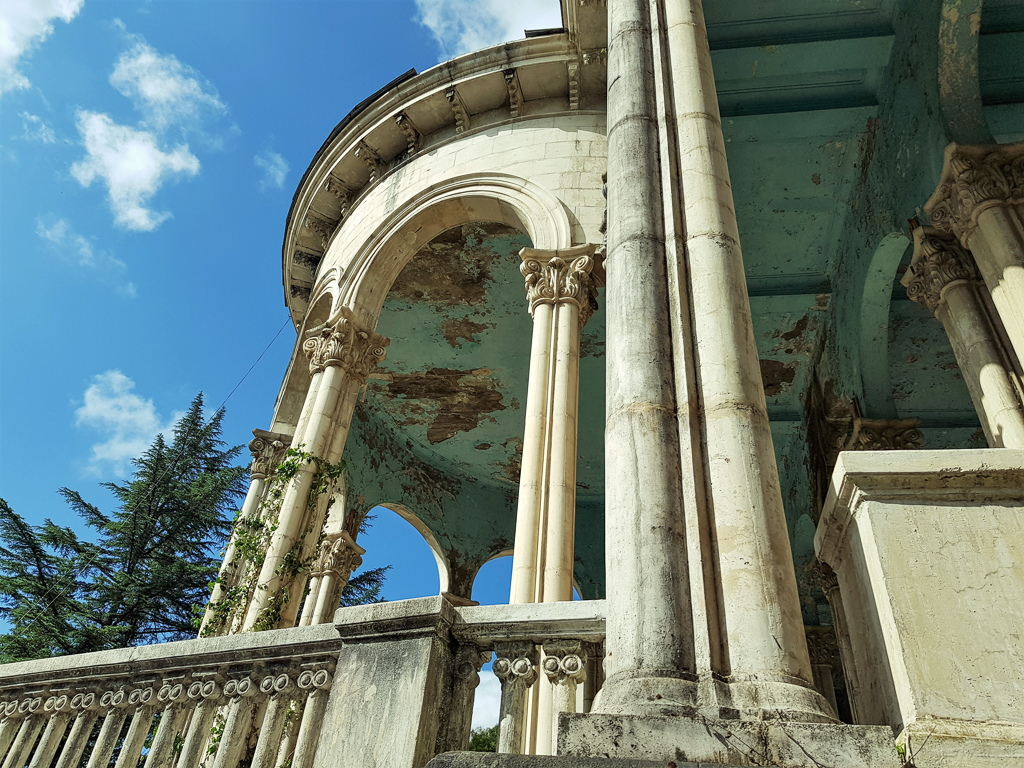 He said that he hired a Swiss hospitality consultancy firm, Kohl & Partners, to develop a plan for turning Tskaltubo into a thriving, internationally competitive business.

Claiming that his goals are purely altruistic, Ivanishvili said that he is stepping in only because other development initiatives in Tskaltubo have failed: “The way forward for fast development of the clusters of […] derelict and depressing-looking resorts cannot be achieved through a conventional approach. A powerful catalyst is needed, an icebreaker of sorts, that will give confidence to other business initiatives.”

He pointed out that he already serves as such catalyst at another forgotten Soviet resort, Abastumani, also known for hot springs as well as for one of the oldest astrophysical observatories in the region. Ivanishvili argued that by buying the hotel and developing infrastructure there, he paved the way for follow-on investments. 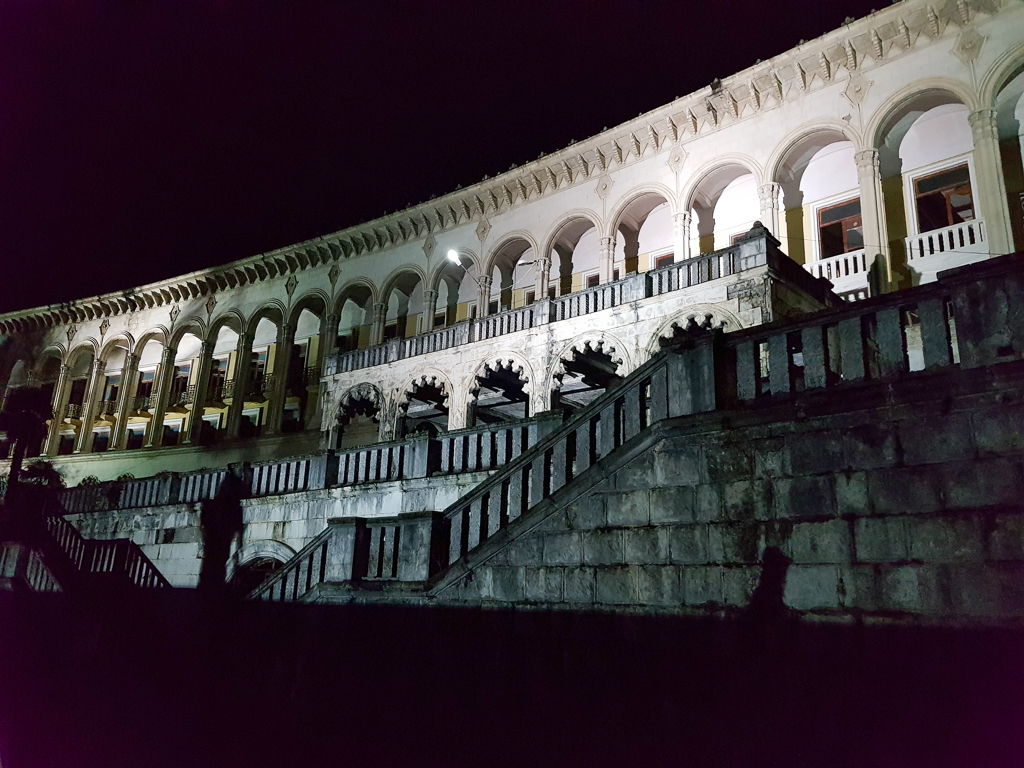 That Ivanishvili is going on an abandoned Soviet resort shopping spree may be good news for Georgia’s economy but it bodes ill for its politics. The poverty-stricken residents of Tskaltubo and Abastumani, once almost entirely dependent on resort jobs, will no doubt appreciate new employment opportunities. And that appreciation could translate into votes for Georgian Dream in next year parliamentary election.

Opposition parties have been struggling to compete with the resources that Ivanishvili, the richest Georgian with a net worth ($4.9 billion) equalling almost one third of the nation’s economy, can bring to his political endeavors. Critics charge that his business schemes and philanthropic spending amount to vote-buying and have helped Ivanishvili secure an overwhelming legislative majority for his party, enabling him to install loyalists as prime ministers, presidents and judges. 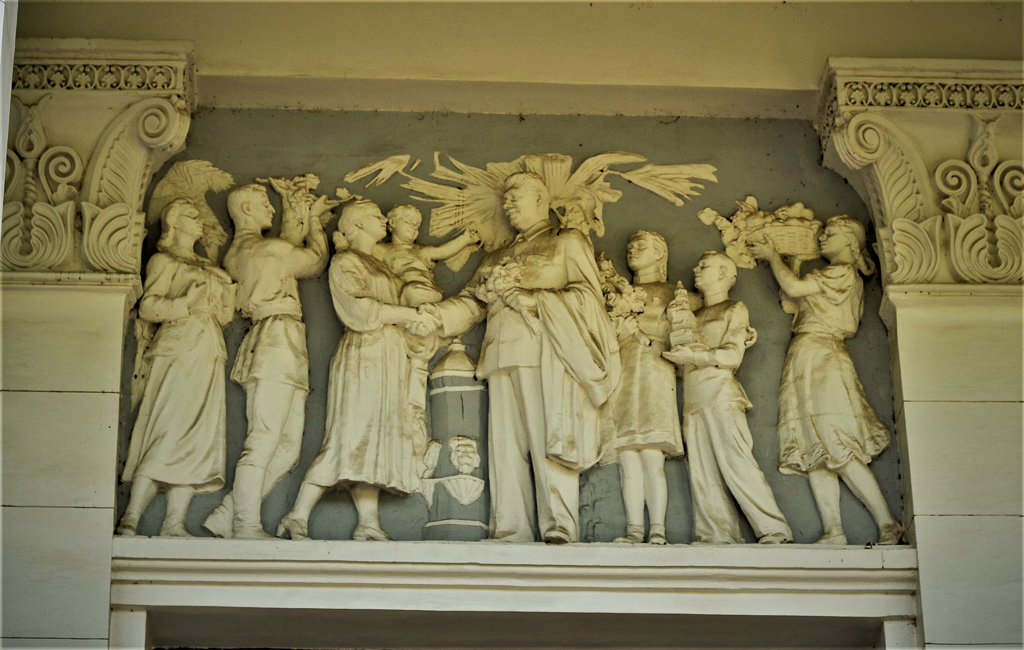 Ivanishvili is buying Tskaltubo just as he already bought “the Prosecutor’s Office, the courts and government institutions,” said Mamuka Khazaradze, the banker-turned-politician who plans to challenge Georgian Dream in next year’s polls.

Politics aside, Ivanishvili does have a proven track record of developing grand, surreal projects. He famously and controversially uprooted scores of gigantic, ancient trees from one part of Georgia to plant in his new seaside arboretum, treating Georgia to a bizarre spectacle of the massive trees sailing across the Black Sea. Bringing back to life a lost Soviet arcadia seems a suitable next hobby.