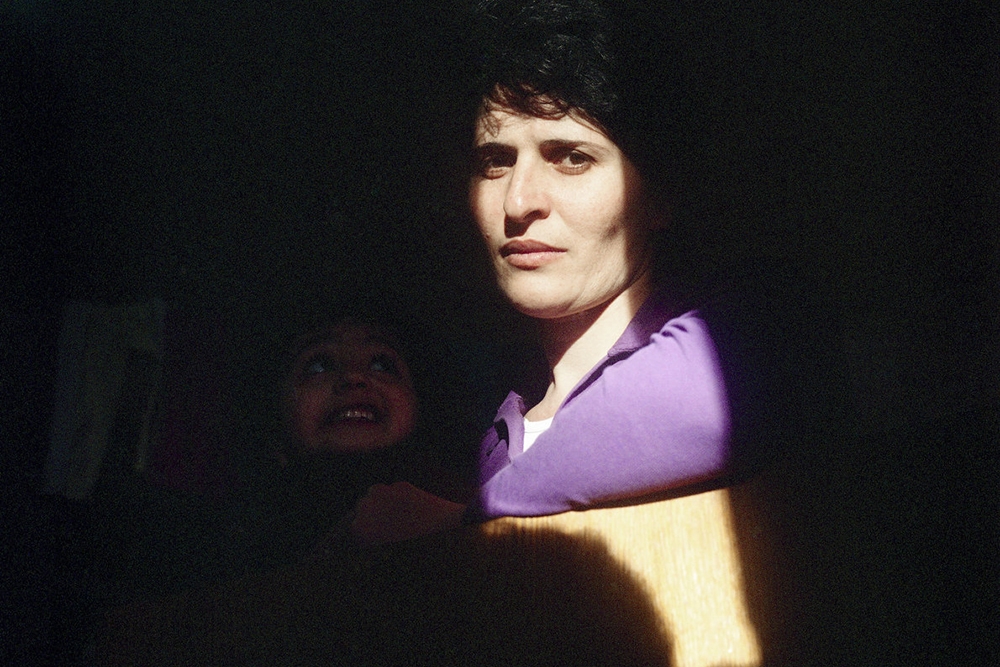 As a nine-year-old, Tbilisi office manager Irina dreamed of becoming a doctor. But it never happened. Instead, she was kidnapped, got married, and had her first son when she was 15.

“It all ended,” she recalled, tearing up. “I knew nothing about reproductive health. I just read books. I had a son when I was a child myself, and no real help. … At 19, I had my second son.”

A 2014 study by the United Nations Population Fund (UNFPA) indicated that up to 17 percent of Georgian women marry before turning 18 – one of Europe’s highest rates of underage marriage. Neighboring Turkey has an early marriage rate estimated at 14 percent.

The UNFPA study contains no sample size, and is not considered “representative.” Yet it still flags a problem.

“It is a nationwide problem, albeit not homogeneous in motives,” commented Maya Barkaia, a gender research fellow at Tbilisi State University’s Center for Social Studies. “Poverty and lack of education, intertwined with rooted patriarchal values and religious practices are the main trigger in rural areas, while in urban areas, including in the capital, marriage is an escape from [a] difficult family situation as well as a way to legitimize a relationship.”

Virginity is still an essential criterion for potential Georgian brides, noted Ekaterine Skhiladze, head of the Gender Equality Department at the Public Defender’s Office. At the same time, curiosity about sex, “triggered by TV and [the] Internet,” encourages some teenagers, especially in urban areas, to marry early.

Georgian law sets the minimum age for marriage at 18, but with parental consent, a citizen can wed as early as 16. Many of these marriages – or those with even younger brides – are held only in a church or mosque, and may not be recorded officially, noted UNFPA Assistant Representative in Georgia Lela Bakradze. Unions under the age of 16 are illegal.

In a culture that generally views marriage as an obligation, dissuasive mechanisms are few. Secondary-school education through 12th grade is ostensibly compulsory in Georgia, but many families often do not see why a teenage girl should pursue an education, if her primary role will be housekeeping and childrearing.

Skhiladze recalled being shocked that “[t]here were no girls in the older grades” when she held student-information sessions in 2014 in the Kakhetian village of Kabali about the consequences of early marriage.

An ad-hoc study by the Public Defender’s Office in the southern town of Marneuli, home to a sizable ethnic Azeri community, showed that 341 girls dropped out of school in 2011-2012 to get married. Two of them had not yet turned 12.

Specific figures for the number of girls nationwide who have dropped out of school to marry do not exist.

In 2011-2013, the latest years for which information is available, 7,367 Georgian females 17 years old and younger quit school, according to the Public Defender’s Office. The reasons for dropping out are not known. Until this year, the Ministry of Education was not required to keep track of such trends.

For American education psychologist Cathy McLain, a longtime resident of Georgia, there is a clear connection between the dropout rate and early marriages. Frustrated by the number of underage weddings to which she was invited, McLain and her husband, former World Bank Georgia Director Roy Southworth, set up a scholarship program in 2012 to encourage teenage girls in the 500-person village, Dzevri, in which the couple lives, to opt for university over marriage. To date, 24 have taken advantage of the offer.

While the Caucasus long has had a reputation for bride kidnapping, early marriages started to soar after the fall of the Soviet Union in 1991, as civil war and rampant unemployment fomented chaos, researchers say. Parents sometimes would agree to their daughters’ marriages to prevent them from being kidnapped.

In Georgia’s ethnic Azeri community, recollected Leila Suleimanova, chair of the Union of Azerbaijani Women in Georgia, “[a] vicious circle started, turning into [a] ‘tradition.’” Such early marriages previously had been “an uncommon practice,” she added, “as women used to study and work in Soviet times.”

Efforts are being made to encourage a return to such practices. As of April 1, forcing anyone into marriage is a criminal offense that carries a maximum four-year prison sentence, if the targeted individual is underage. Bride kidnapping has been a crime since 2004.

The Ministry of Education has approved plans for national meetings involving parents, education specialists, and psychologists to discuss the topic of early marriages, as well as distribute information about the hazards of underage marriage. Coursework that examines the health and legal consequences of underage and forced marriages have been included in the national curriculum.

The Public Defender’s Office has recommended that a court order be required for those under 18 seeking to marry, but the law has not yet been amended.

“The laws are there. The problem is the enforcement,” claimed Skhiladze. “Police and social workers are reluctant to interfere, especially in minority areas, to avoid tackling communities head-on. They also lack officials speaking the [minority groups’] language and the barrier perpetuates the isolation and the problem.”

Some women manage to overcome the challenge of an early marriage. Now 39, and already a grandmother, Irina, who declined to give her last name, thinks she was a lucky child bride. She eventually finished her education by studying at night and graduated from university with a degree in philology.

For now, though, few underage Georgian brides can say the same.

Monica Ellena is a Tbilisi-based freelance journalist, who has worked previously as an elementary school teacher in Italy and a university instructor in Georgia.