A cheeky contraception in Georgia renews the debate on the separation of church, state and safe sex. 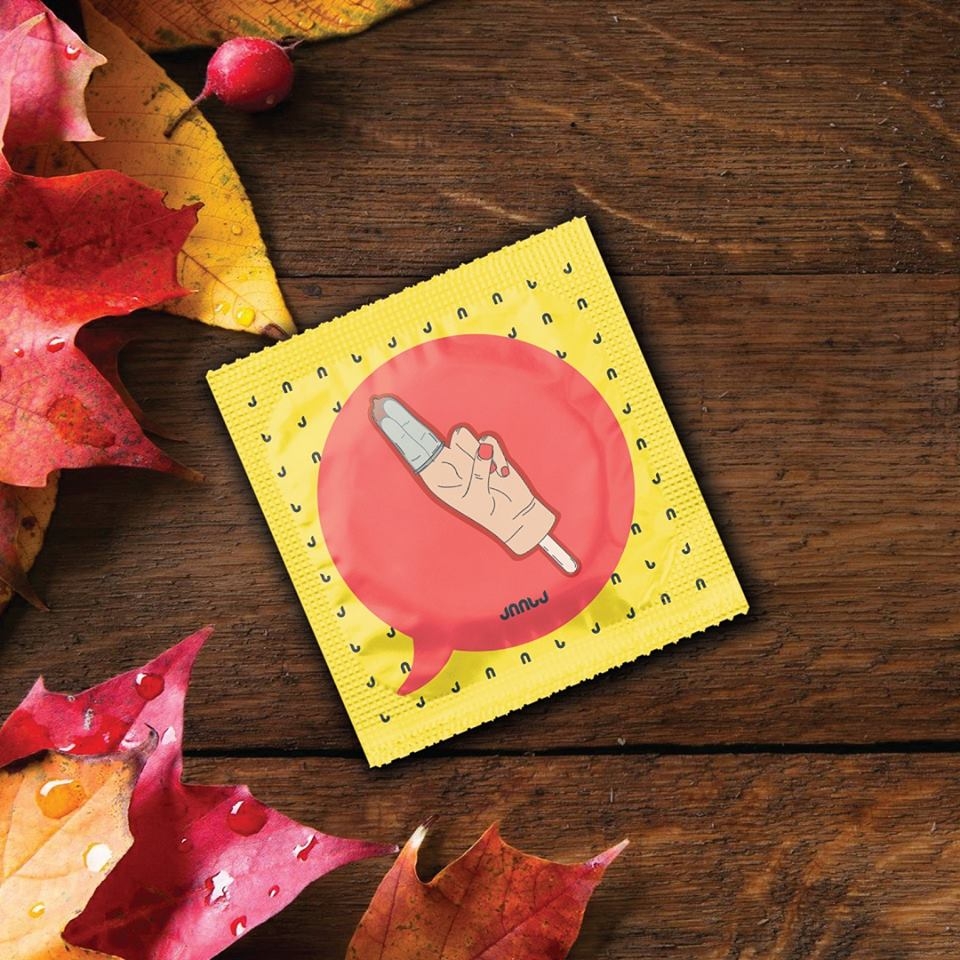 A condom involving a sign of the cross that has gotten into legal trouble in Georgia. (photo: Aiisa)

Safe sex has become the latest battleground in Georgia's culture wars after a court effectively outlawed a brand of condoms featuring religious jokes.

Condom maker Aiisa (Georgian for “that thing”) ran afoul of the law this month with a new line of irreverent prophylactics. One had packaging featuring a hand gesture representing sign of the cross, with two fingers inserted in a condom. Another had the tagline “I’d jerk off, but it’s the Epiphany,” a catch phrase from a controversial music video from last year.

Tbilisi City Court Judge Lasha Tavartkiladze issued a 500 lari (about $200) fine to Aiisa on May 4, a ruling that touched off a debate in the deeply Christian country on where to draw the line between the constitutional right of freedom of expression and protections against defamation of religion.

Critics argued that the court ruling sets a dangerous precedent for limiting freedom of speech. “The court ruling is shameful, as it cannot be left to the court to decide what constitutes an offense to someone’s feelings, especially religious feelings,” Tamar Chergoleishvili, editor of libertarian Tabula magazine, told the news web site Palitra. “The Church of the Flying Spaghetti Monster is registered [as a religious group] in Holland, so should we ban depictions of spaghetti to make sure they are not offended? This is a direct road to absurdity.”

Two other sets of condoms also failed to pass the muster with the judge. One featured Queen Tamar, a deeply venerated medieval monarch and saint, with a slogan punning on the Game of Thrones TV show. The other alluded to a famous battle fought between Georgians and invading Turkish armies from the 12th century.

Earlier this year, Georgia’s much-revered Orthodox Church had condemned the condoms as “reprehensible” and called for the authorities to put in place legal protections for the faithful's feelings. Aiisa responded by thanking the church for its interest and for “choosing the Georgian brand of condoms.”

Later, an ultraconservative group, the Georgian Idea, lodged a formal complaint about Aiisa's condoms with the Tbilisi Mayor's Office, which found the condoms offensive and took the case to court for review. Aiisa founder Anania Gachechiladze said that she will appeal the court decision. In the meantime, she invited consumers to snap up the banned condoms before the court's decision becomes effective on May 14.