In the early days of the pandemic, Georgia enjoyed one of the most enviable rates in the world. Things began to fall apart in late summer. 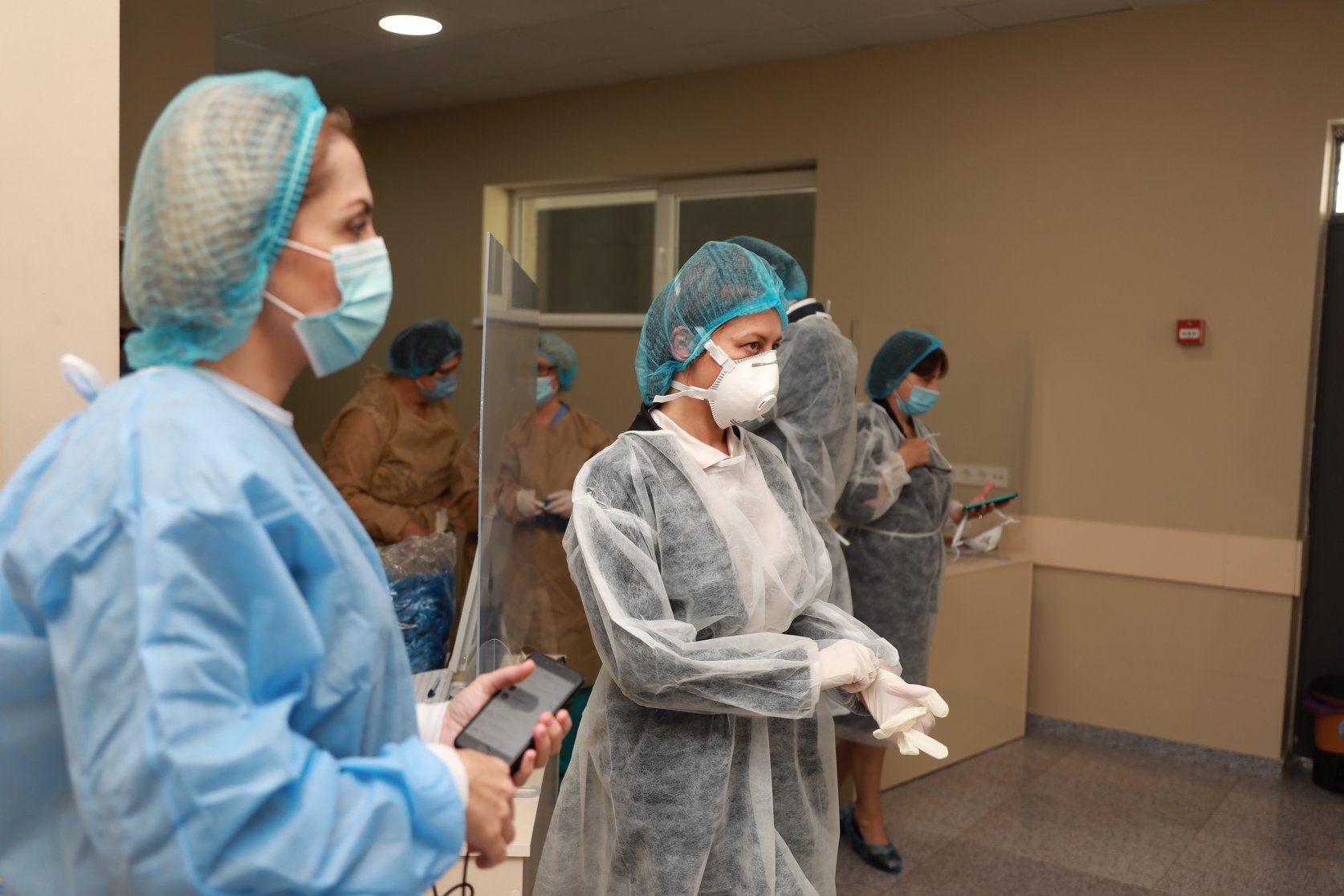 With growing competition for hospital beds, a rising death toll, and delays in ambulance services, Georgia is buckling under the weight of COVID-19.

Once a global success story, Georgia is now suffering the world’s worst outbreak of coronavirus: It is recording around 4,000 new infections and nearly 40 deaths per day. Measured per capita, those rates are both the worst in the world.

As one top health official, Paata Imnadze, put it: While the bumps in Georgia’s infection curve were mere molehills until late summer, now they amount to an “Everest.” In response, the country has instituted a new lockdown, scheduled to last until February.

In the early days of the coronavirus pandemic Georgia enjoyed one of the most enviable rates in the world, thanks to a strong government response and widespread public adherence to sound epidemiological practices.

Things began to fall apart in late summer, however, as Georgians let their guard down on their seaside vacations and the disease began to spread rapidly.

By late October, Georgia had outpaced Armenia, its neighbor to the south which had for some time suffered one of the worst outbreaks in the world – Georgia was even offering Armenians aid to help combat the coronavirus. By early December, Georgia had topped both Armenia and their larger neighbor, Azerbaijan, in terms of total reported infections, with 164,976.

On December 4, Georgia’s daily count of new cases hit a new record of 5,068, with roughly one-third of tests coming back positive. In part this is the result of increased testing, but health officials say the real rate of new infections could still be twice or three times as large.

In an attempt to climb down from this peak, Georgia announced a reprise of the lockdown that managed to keep the coronavirus in check in the spring. On November 28, public transport was suspended, non-essential business shuttered and a 9 p.m.-5 a.m. curfew instated.

“We are at the peak now, but how long this peak is going to last will depend on how well we comply with the new regulations,” Amiran Gamkrelidze, director of the National Center for Disease Control, told reporters last week. He said that with strict adherence to the rules, especially wearing face masks, Georgia could halve the rate of transmission by the end of December.

Much of the discussion in Georgia now is about what went right in the first half of the year and how it went wrong in the second. In part, the country’s early success could explain its current suffering.

“In the spring, the authorities effectively stopped the virus and we did not have a real outbreak until the end of summer,” Zurab Tatanashvili, a public health expert, told Eurasianet. “When the virus slipped past containment efforts by the end of summer, it found an easy breeding ground as by then we had very few people with acquired immunity.”

Another public health analyst, Nino Giguashvili, agreed that Georgia is in a different dimension compared to most of the world. “In some ways, the coronavirus curve in Georgia can’t be compared to those countries that were hit early, as the wave began much later in Georgia,” she told Eurasianet. “Still, the situation we found ourselves in is nothing to be proud of.”

Like many other observers, both Tatanashvili and Giguashvili praise the government’s containment efforts in spring, but have been more critical of its recent management. Both agree that the current speed of transmission could have been avoided had politics not gotten in the way.

The country held parliamentary elections on October 31, and the ruling Georgian Dream party shied away from reinstating strict containment measures even as the transmission was growing out of control, Tatanashvili said. The economy remains voters’ single largest concern and while Georgians were at first supportive of the restrictions in spring, public opinion quickly swayed against the lockdown as it began to take a toll on the economy.

For two months following the August outbreak, the government repeatedly insisted that Georgia’s economy could not survive another lockdown. But it reversed course as soon as the second round of the elections was finished on November 21.

“Some active measures should have been taken right after the outbreak in summer,” Tatanashvili said. “Instead we waited for the elections to end.”

Campaigning amplified the spread of the disease, Giguashvili said. “We had party conventions, campaign meetings, all sorts of election-related gatherings that, on top of everything else, contributed to the situation we have now,” she said.

Giguashvili repeated the point she made to Eurasianet in March: that a focus on containment was the best course of action for a country “with scarce resources and a fragile healthcare system.”

Georgia did in fact use the early days of the pandemic to set up a system of managing the coronavirus outbreak, but that system now is barely able to keep up with the onslaught of infections. In one recent prominent case, a 19-year-old girl with diabetes died because of what her parents and some doctors described as a delay in getting access to emergency care. Health Ministry officials said they were investigating the case.

Georgia’s hospitalization rate is generally high, with about 30 to 35 percent of COVID patients receiving in-hospital care, according to official data. Health care officials have said, however, that more patients need to start staying at home or be treated in designated quarantine facilities to free up beds for patients who need in-hospital care most.

In the meantime, life in the capital Tbilisi is increasingly surreal. COVID is hitting far harder than it did in spring, with every Georgian knowing someone suffering from the disease and bracing for the possibility of getting it themselves. Nevertheless, some Georgians are chafing against the new restrictions and the city remains relatively bustling; every night pedestrians and cars race to make it home before the curfew hits.

Then, when the streets are no longer stirring with civilians, municipal workers clatter around the city to hang Christmas decorations and lights in the empty streets. And in another nod to the holiday spirit, the authorities plan to ease the lockdown around the New Year and Christmas.