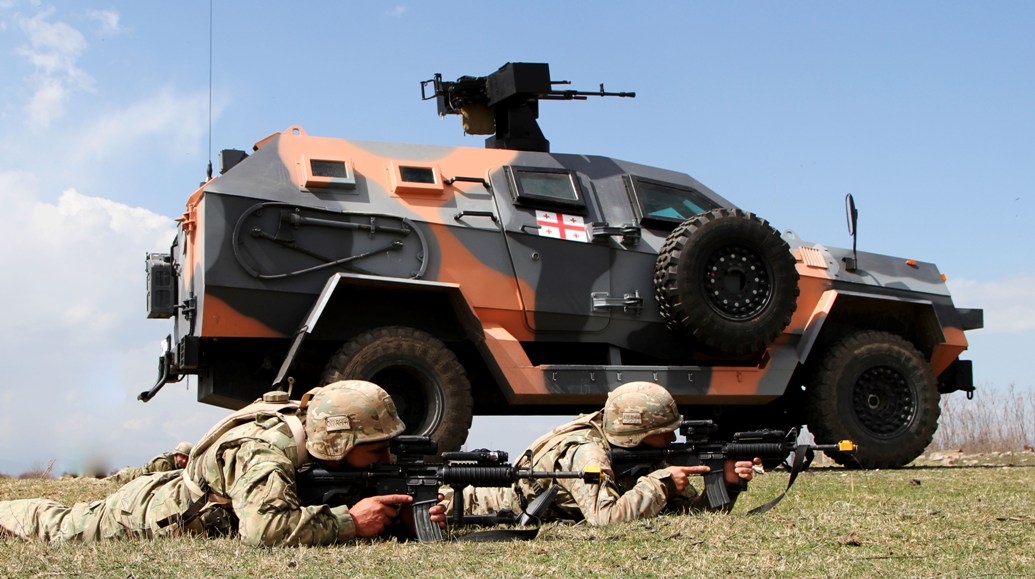 The strong statement suggests a change in state policy toward the company, known as the Delta State Military Scientific-Technical Center. The development of a domestic defense industry was a big priority of the former government of Mikheil Saakashvili's United National Movement Party. And while the Georgian Dream coalition, which ultimately supplanted the UNM, at first campaigned against Delta as a vanity project and a waste of government resources. But GD ended up changing tack when it took power and continued to promote the center, which is now developing a variety of weaponry, mainly armored vehicles.

But now it appears that the Georgian Dream government may again be rethinking Delta. "It's obvious that something isn't right here. We started discussions with the prime minister on this issue, and we're going to resolve it quickly," Defense Minister Tinatin Khidasheli said in an interview with Georgian television station Rustavi 2 (and available in Russian translation here). "There are unacceptable delays going on at Delta, production is not being delivered on time, and it has several unclear relationships with various private companies. In my opinion the center, as a government-funded company, needs to be oriented toward profit. So its 100 percent financing by the state budget is incomprehensible."

Particularly remarkable was her criticism of the Didgori, Delta's highest-profile project, which has in various iterations and according to various reports been promoted for export to Azerbaijan and South Korea, Saudi Arabia, and Congo. None of those deals has yet to pan out, however.

"The Didgori is a completely incomprehensible product, which by the way isn't functional. It can be used for the Georgian armed forces, but we have to still pay as much as it cost to develop it," she said.

Her concrete demand was for some sort of supervisory board to be set up at Delta, but her wholesale criticism seems to point to an agenda beyond that. UNM member of parliament Nugzar Tsikalauri, also interviewed by Rustavi 2, suggested the goal was to completely defund Delta: "Instead of reviving the center and its existing projects which have been very necessary for our country, Khidasheli is talking about completely stopping the financing of Delta."