If Georgian Dream wins a third consecutive term as Georgia’s governing party – a feat no party has achieved before – it will largely have COVID-19 to thank. 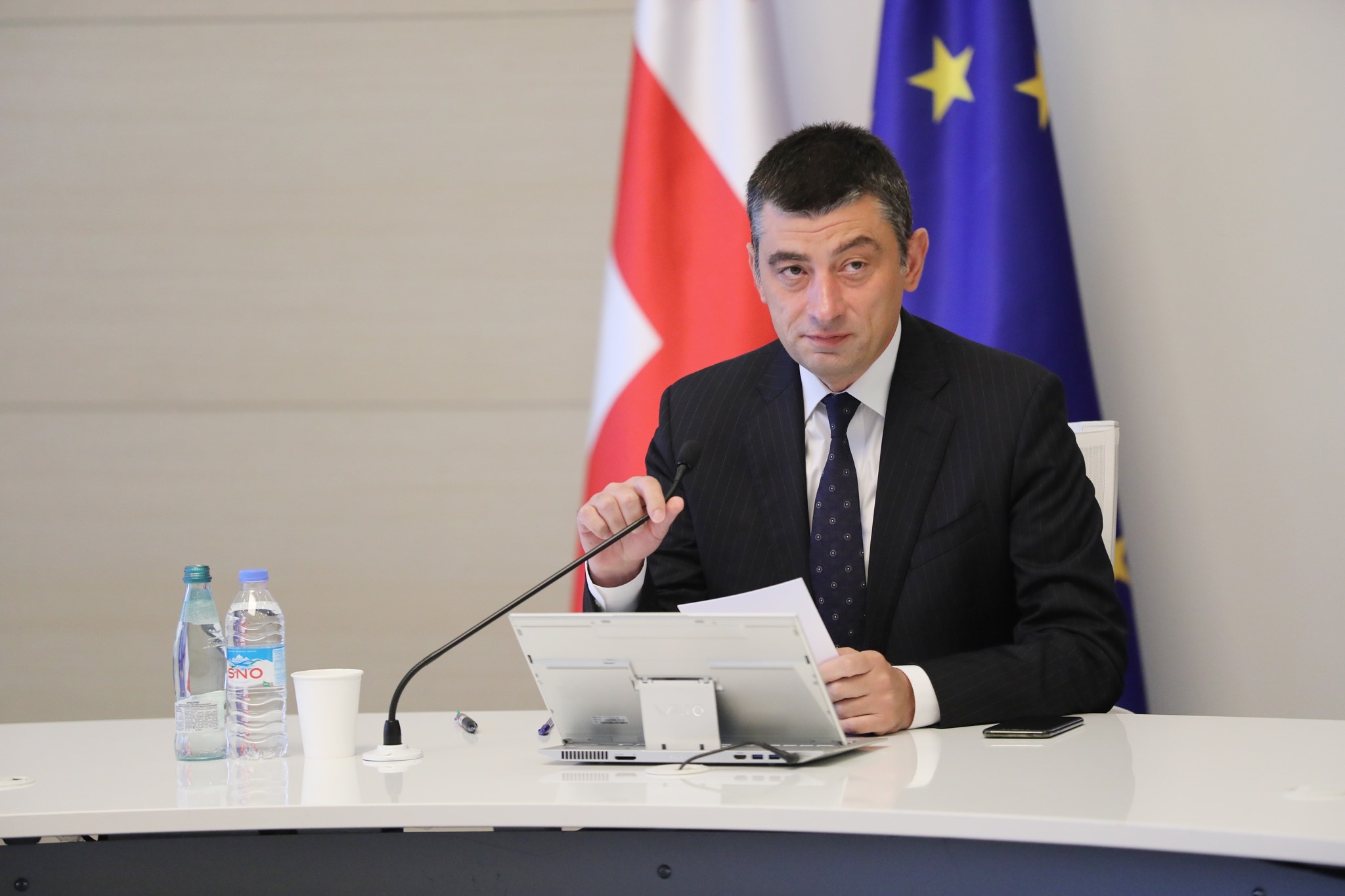 The pandemic is proving to be a blessing in disguise for Georgia’s ruling party.

Approval ratings for leading government officials have risen substantially since last year, according to a newly released poll, appearing to put Georgian Dream in a commanding position ahead of parliamentary elections in October.

The poll, by the Tbilisi-based Caucasus Research Resource Centers (CCRC), tied the government’s rise in popularity to the arrival of the coronavirus and handling of it. “There is no other plausible explanation for the changes,” Dustin Gilbreath, CRRC’s deputy director, told Eurasianet.

Prime Minister Giorgi Gakharia’s approval rating has tripled over the last year and now stands at 65 percent, the poll showed. A wide range of government bodies and officials saw similar increases. Even President Salome Zourabichvili, who last year barely had a political pulse with an approval rating of 9 percent, has seen her popularity rise to 25 percent.

When Georgian Dream formally kicked off its election campaign at a party caucus on July 20, it was clear that the party intended to run on its COVID-19 success.

“In the extreme environment, when human life and health were on the line and everything else faded into the background, people felt the caring hand of the government and united around it,” party chair Bidzina Ivanishvili said at the caucus.

This time last year, the future electoral prospects of the governing party didn’t seem particularly promising. Public support was waning, the prime minister was widely criticized for a violent crackdown on a protest rally, and the president was seen merely as a puppet of Ivanishvili.

There was also a growing sense of economic and political apathy and dysfunction, which many Georgians blamed on the series of loyal but indifferent placeholders that Ivanishvili had installed across the government.

On top of that, recent history has shown that Georgians tend to turn against ruling forces after two terms in power, a mark that Georgian Dream is now approaching.

But the virus scare has raised Georgians’ esteem of their government institutions and figures, the CRRC poll suggests. “In times of crisis, there is often what’s called a ‘rallying around the flag’ effect. People unite around national institutions when there are high levels of uncertainty,” Gilbreath said. And Georgia didn’t just weather the crisis, but achieved a globally recognized success in containing the virus; as of July 23 the country registered a mere 158 active cases.

“All epidemiological data on COVID-19 suggest that the government has done a good job at containing it, which the public recognizes,” Gilbreath said.

That success is widely seen as a rare positive accomplishment for Georgian Dream, which has throughout eight years of rule mainly justified its existence on its ending the rule of former president Mikheil Saakashvili and his United National Movement (UNM) party. Government officials’ response to any criticism has typically been to expound on what they call the “bloody nine years” of Saakashvili. At election time, Georgian Dream puts most of its effort into negative campaigning against the opposition, rather than on running on their own achievements.

“They did not really have anything else in their arsenal,” Kornely Kakachia, the head of the Tbilisi think tank Georgian Institute of Politics, told Eurasianet. “They have never offered any new ideas or vision to voters.”

Georgian Dream still continues to play up the nine years that ended eight years ago. But the coronavirus has now also given the party a very tangible accomplishment and a trump card to play against its rivals in this coming election: a successful anti-pandemic policy that drew both international praise and domestic recognition.

The CRRC survey shows that an overwhelming majority of Georgians supported the series of strict lockdown restrictions that Gakharia implemented, following epidemiologists’ advice, during the outbreak.

Gakharia also came into his own in the pandemic period, proving himself a capable crisis manager and more than just a docile extension of Ivanishvili who, for his part, vanished from public view when coronavirus appeared – perhaps to reinforce Gakharia’s image or to avoid any blame for potential failures on the coronavirus front. He only reappeared as Georgian Dream kick-started its election campaign on July 20.

“I’m certain that Georgian Dream will score another convincing victory in the parliamentary elections,” Ivanishvili said at the convention, to deafening ovations. “I get this confidence from the people, who see now even more clearly that Georgian Dream’s every step is a step toward progress and strength of our nation.”

Conspicuously present at the campaign gathering were the true stars of Georgia’s anti-pandemic effort: disease control chiefs Amiran Gamkrelidze and Paata Imnadze and the nation’s top virologist Tengiz Tsertsvadze. The Georgian Dream put the trio in charge of its COVID-19 response and now, after the doctors earned deep respect from the public, is trying to use it in their election campaign.

“We have a government hiding behind doctors’ scrubs,” Nino Burjanadze, leader of the opposition group Democratic Movement-United Georgia, told the TV station Mtavari Arkhi. “I really don’t know what would have happened to Ivanishvili and Georgian Dream if it were not for the pandemic, since the pandemic is the only thing they talk about.”

Kakachia said that while the pandemic has indeed proved “a life-saver” for Georgian Dream, he is still not convinced that victory in October is a forgone conclusion. “They indeed gained public trust,” he said, “but there is still time to squander it before the election.”