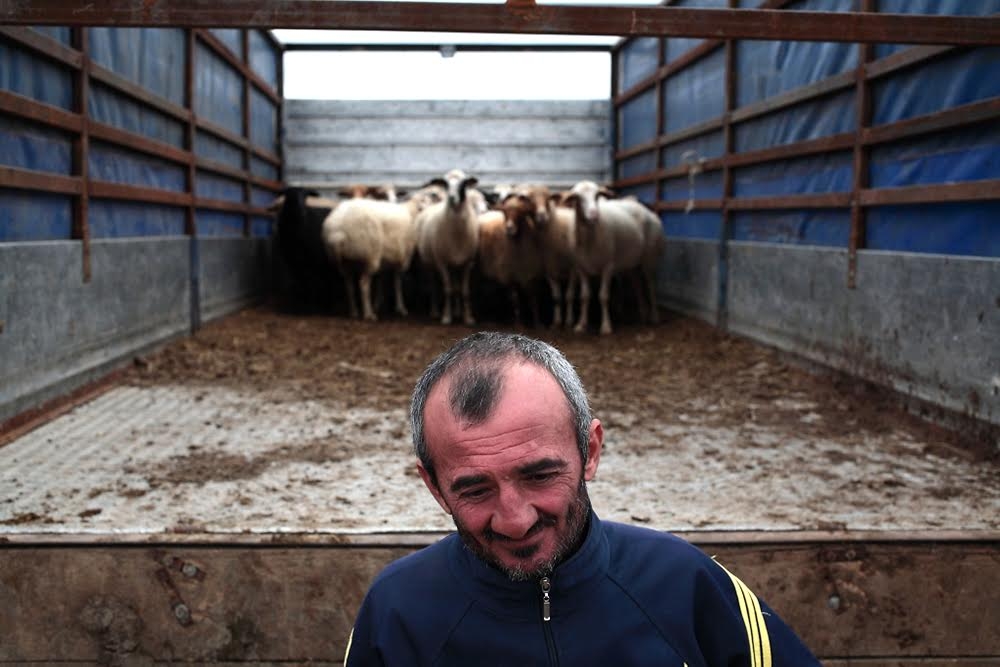 One year ago, Georgia signed an historic free-trade deal with the European Union that many saw as the ticket for finally pulling the country’s largely agricultural economy out of its post-Soviet slump. But so far, how fast that deal can help transform Georgian agriculture is open to doubt.

With about half of Georgia’s roughly 2-million-strong workforce employed in agriculture, the answer could have long-term consequences.

Though the EU ranks as the country’s top trade partner, accounting for 30 percent of total foreign trade of $3.9 billion, Georgian support for the Russia-led Eurasian Economic Union appears to be growing – up twofold since 2014 to 30 percent of 4,360 Georgians surveyed for the National Democratic Institute, an American non-governmental organization.

The Deep and Comprehensive Free Trade Agreement (DCFTA), signed with the EU on June 27, 2014, does not prevent trade with Russia or its economic bloc. But, for some Georgians, the roughly 350 directives and regulations, mostly related to food safety, tied to all EU-bound exports makes Russia, its eastern neighbor, an easier bet.

“Europe is far away and doesn’t want us, so why should I spend money to change my stable?” grunted Zviad, a farmer watching his three cows graze in a field near Telavi, the seat of Georgia’s main agricultural region, Kakheti.

Georgia, he thinks, should just keep on selling to Russia. “We know them, they know us. No surprises.”

EU food-safety standards, in particular, surprise many Georgian farmers. “Farmers would come up to me and say ‘I never poisoned anyone,’” recounted Nino Zambakhidze, the strongly pro-EU chairperson of the 1,200-member Georgian Farmers Association. “They almost take it personally.”

To give farmers time to adjust to the EU’s regulations, the Georgian government and EU are developing an implementation timeline spread over eight years. The government has set up consultation centers in each municipality and, according to Agriculture Minister Otar Danelia, just launched a “mobile consultancy” to “make sure we don’t miss any village.”

But so far, the Georgian government does not appear to have the data to encourage experimentation.

Though Georgia in the past year started exporting new products like acyclic alcohol, and saw its sales of fruit juices triple, the government cannot specify what percentage of its agricultural exports goes to the EU or to any other geographic location.

Officials had touted the prospect of exports to the EU, the world’s largest market, as a way to raise overall productivity and quality standards, but between January and May of 2015, overall exports to the EU actually dropped by four percent (to $242 million) compared with the same period last year – the effect, in part, of a regional economic slump.

But the DCFTA’s influence on demand appears debatable. EU and Georgian officials, though, maintain that long-term benefits from the deal are underway.

“[The EU market] is stability, which is something that Georgia has been lacking for many years in the past, especially in agri-products,” elaborated Agriculture Minister Danelia.

Danelia has high hopes in particular for hazelnuts, a product for which the EU and Turkey account for 90 percent of the world’s market, the European Delegation to Tbilisi states.

Georgia, ranked among the world’s five largest hazelnut producers, according to the Food and Agriculture Organization, has seen its exports boom over the past year; the result, in part, of a bad harvest for top producer Turkey.

Bringing in more than $183 million in 2014, hazelnuts have outstripped even wine to dominate Georgia’s agricultural exports. Their share of overall exports reached eight percent in the first six months of this year, an increase of 5.6 percentage points year-on.

But, again, how much of that increase is due to the DCFTA or sales to the EU is unclear.

Even before the agreement, hazelnuts were exempt from EU customs duties under a set of trade preferences, noted Konstantine Vekua, a hazelnut expert and co-founder of Nergeta.

Nonetheless, Danelia says that Tbilisi wants to “establish [the] Georgian hazelnut as a brand worldwide and especially in [the] EU because Europe is very much interested…”

To encourage Georgian farmers’ own interest, Tbilisi provides 70 percent of the financing to set up new hazelnut plantations and covers half of the cost for any modern irrigation system. The government also is considering a “three-year support” program that it hopes would help double Georgia’s production, Danelia said.

Anecdotal evidence suggests that part of those exports go to Turkey, but the EU Delegation’s agricultural attaché, Juan Echanove, stresses that the DCFTA deal is not just about exporting to the EU.

“The agreement paves the way for the country’s products to be in line with European standards; thus, to be trusted in the world market.”

“[The] DCFTA also means trade of services, knowledge, and capital,” he continued. “It impacts farmers through access to tariffs-free inputs and fertilizers, which in turn can increase the yields…”

That could prove critical for Georgia’s approximately 750,000 farmers.

At just 554.9 laris ($246.95), average monthly salaries in agriculture are the lowest of any occupation outside of education, according to official data.

Despite the country’s fertile soil, favorable climate and number of agricultural workers, productivity is low – agriculture contributed only 9.3 percent of the 2013 Gross Domestic Product of 26.8 billion laris ($11.9 billion, at the time). Imports abound.

Changing that will require time, commented exporter Vekua, but the need to conform with EU standards could help facilitate the process by putting Georgia on the world map for high-quality agricultural wares.