Once the star of Georgian Dream, which has ruled the country for a decade, Giorgi Gakharia is now taking on his former allies and taking flak as a result. 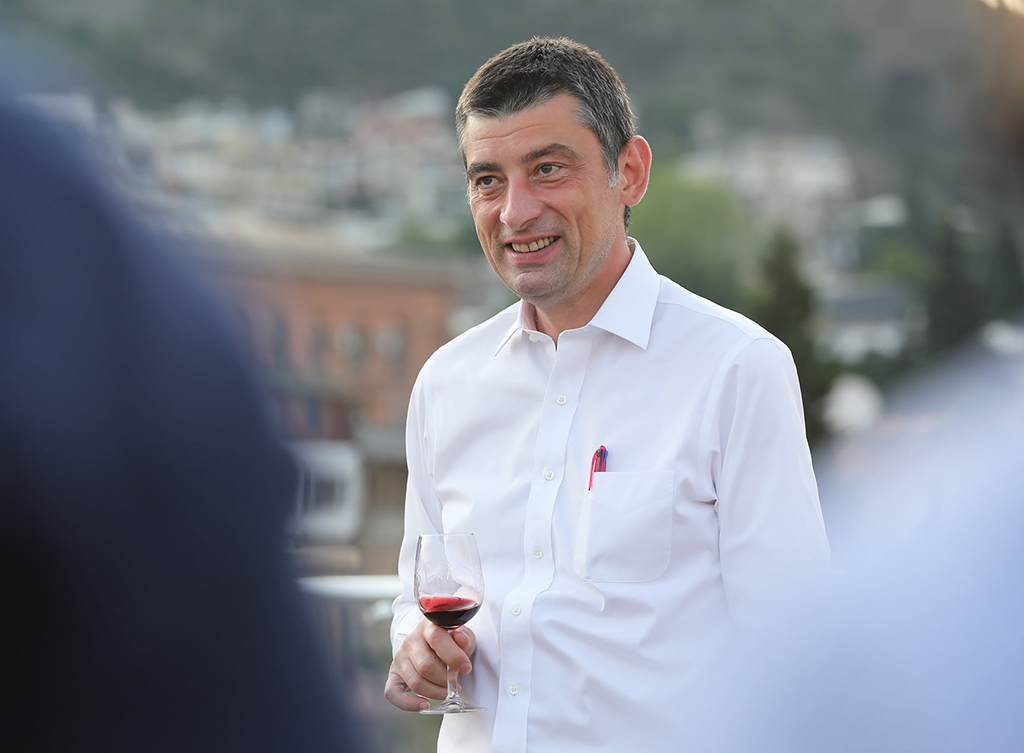 Gakharia has been posing an unexpectedly stiff challenge to his former comrade. (government handouts)

The upstart candidate in Tbilisi’s mayoral race has flown to an undisclosed location in Europe to take a drug test, as Georgia’s ruling party appears to be resorting to ever-more elaborate tacks to thwart a growing challenge to its rule.

The surreal turn to the race began when the incumbent mayor, Kakha Kaladze of the ruling Georgian Dream party, challenged his main challenger, former prime minister Giorgi Gakharia, to the test.

“Candidates for seats in parliament are required by law to present drug test certificates, so I don’t know why mayoral candidates are not,” Kaladze told reporters on September 4. “So I will be the first one to do it and challenge all other candidates to take drug test and show the public how clean we are.”

The mayor went through with his trail-blazing test two days later, but few of his rivals were keen to follow suit. “Unfortunately, instead of sitting down for a debate some of us went running around with [urine] cups,” Gakharia responded dismissively.

Kaladze and other leaders of Georgian Dream then began insinuating that Gakharia had reasons to refuse the test. “The healthy position for Gakharia would be to take the test today, tomorrow, or the day after, and put an end to all questions,” said Georgian Dream Chairman Irakli Kobakhidze. This elided the fact, however, that there had been no such questions about Gakharia until government officials and pro-government media began asking them.

The dirty campaign comes as Gakharia – who until February was the leader of Georgian Dream – has been posing an unexpectedly stiff challenge to his former comrade. He is polling as the most popular politician in the country – tied with Kaladze – and could be heading for a runoff in the Tbilisi race. The third major candidate is Nika Melia, of the largest opposition party, the United National Movement (UNM), and the three men’s fates have been tightly connected.

Gakharia went on to set up his own political party, For Georgia, and almost immediately became the target of vicious attacks by Georgian Dream members, the very people who extolled him during his two years as prime minister. Bidzina Ivanishvili, the founder of the party and still its behind-the-scenes ruler, called Gakharia “a traitor.” Irakli Kobakhidze, the new leader of the party, claimed that in private conversations Georgian Dream’s ruling circle used to call Gakharia a “smoke” – a colloquial Georgian term for blowhard. And so it went.

Conspiracy theories aside, both Georgian Dream and UNM have reasons to worry about Gakharia. He is the wild card in the October 2 municipal elections, which otherwise was shaping up to be a rivalry between the ruling party and UNM, just like every other election in Georgia for the past 10 years.

Last year, as Georgia successfully battled the COVID pandemic, Gakharia reaped the reputational rewards and became the most popular leader Georgian Dream had had in years. He enjoyed 65 percent public approval in summer 2020. When he quit Georgian Dream and started his own movement, he took many disenchanted Georgian Dream supporters with him, polls show.

“Overall, the polling data tend to suggest that there is an actual race and the potential for (though not a guarantee of) a runoff in Tbilisi,” said Dustin Gilbreath, research director of CRRC, a survey group. Gakharia was tied with Kaladze as the most popular politician in the country in June, according to a poll from the International Republican Institute. “Other organizations’ polling suggests that he is either second or third in the race at the moment, competing with Nika Melia from the UNM for this position,” Gilbreath told Eurasianet.

Gakharia, accordingly, claimed that Kaladze’s drug-test challenge was a trap that the establishment set up for him personally. He alleged that Georgian Dream’s plan was to force the nation’s main forensic laboratory to alter his test results to sabotage him.

Kaladze denied those accusations, arguing that he merely was trying to promote healthy lifestyles.

But Gakharia was not buying it. “It is very easy to start a rumor and then let television stations you own spin it away,” the ex-prime minister said on September 13.

To put an end to the speculations, he flew to Europe the next day to take a hair drug test in an international laboratory that he declined to name. The hair test is far more reliable than the urine test, he argued, as the hair stores drug use information longer.

But by refusing to take the test in Georgia, “Gakharia effectively admitted to his drug use problem,” party leader Kobakhidze declared on September 16. Kaladze shied away from direct accusations of drug abuse, but added the same day that he is “personally very sorry to see Gakharia in such situation.”

For his part, Melia said that Kaladze should pass the test of democracy on election day before worrying about other kinds of tests. “We should let Mr. Kaladze and Mr. Gakharia settle the drug affairs among themselves,” Melia said on September 13. “They worked together for many years, were friends and probably know each other all too well.”

Human rights activists, meanwhile, have watched the drug allegations in despair, saying that the rhetoric only worsens a situation in which Georgian police regularly force people to take urine tests and where drug addiction is heavily stigmatized and harshly persecuted.

“Kakha Kaladze brandished his urine test in our faces and notified us that it is all clean and that his body does not contain any trace of drugs,” wrote Guram Imnadze, a longtime advocate of substance users’ rights and a lawyer with Social Justice Center, in an online commentary. “Kaladze’s call shows just how little he cares about tens of thousands of drug users who remain the victims of the unfair and harsh anti-drug policy.”