Money transfers to Georgia have hit a record this year. Though they are lifeline for many Georgian families, the economy is developing an unhealthy dependence. 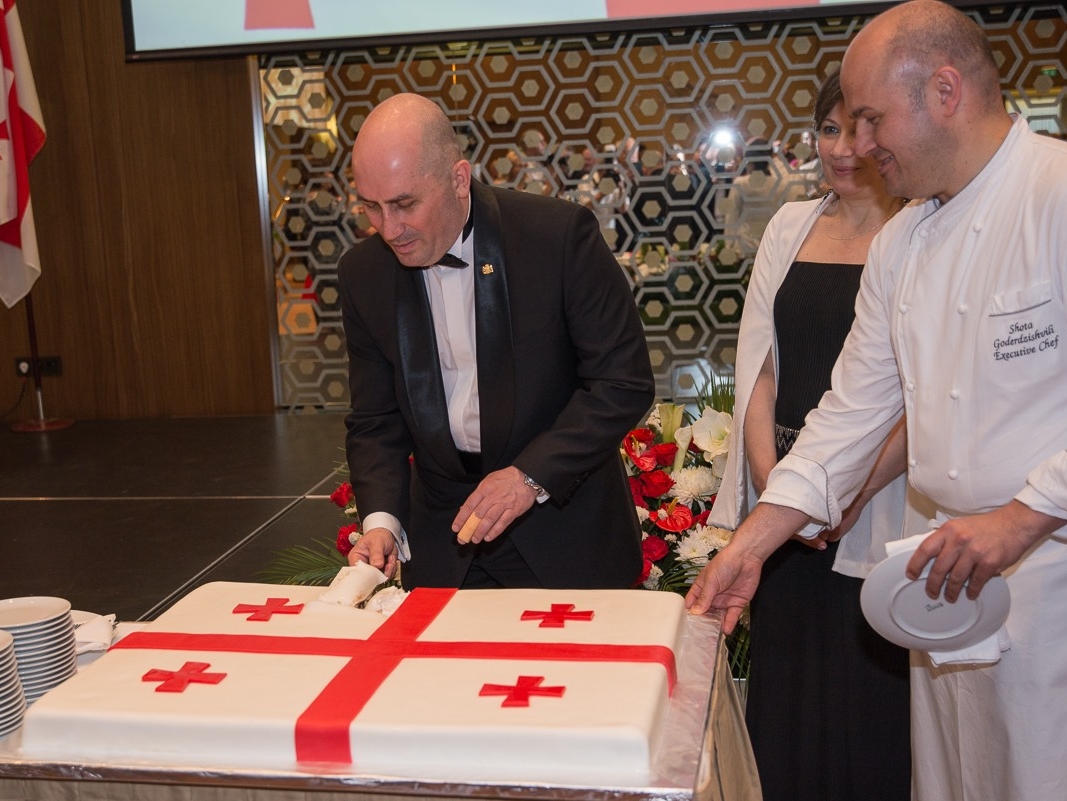 Any way you slice it, remittances are an important share of Georgia’s economy. (government handout)

Lali Javakhidze misses her family, but she is making good money.

The former teacher from Georgia is in Bologna caring for an 86-year-old cancer patient. She works 24-hour shifts and earns a 150-euro bonus each weekend: a princely sum back home in Gori, where monthly salaries average 305 euros.

Javakhidze describes making a tough decision 15 years ago when she packed her suitcase, said goodbye to her son, and began life anew in Italy: “In Georgia, we had to get by with very little money. I had to stretch my low salary to cover food, bills, and other basic expenses. We had debts. My son's education was critical to me, and I was determined to provide him with opportunities.”

Since leaving, she has transferred money to her family regularly. She is happy she can provide them a decent living, but laments how she missed her son’s childhood.

Javakhidze is one of a growing number of Georgians that have moved to Italy and other developed countries to work in recent years. In most cases these labor migrants work long hours to send wages home, helping their loved ones and contributing to the country’s economic growth.

Total remittances have climbed steadily for years. But transfers from the European Union have shot up since 2017, when the EU introduced a visa-free regime for Georgian citizens. Italy, where caregivers for the elderly are in high demand, is an increasingly popular destination.

Russia continues to be the largest source of remittances to Georgia, but its share has shrunk in recent years. Individuals in Russia sent $410 million in 2021, according to data from the National Bank of Georgia, a 45 percent decrease from 2012.

But the situation changed dramatically following Russia’s invasion of Ukraine in February, which has upended economies across the former Soviet Union. Thousands of Russians decamped to Georgia and wired their money across the border. Transfers from Russia shot up to record levels.

“There are also many Georgians living in Russia who think that sending their savings here is safer because of sanctions,” said Nikoloz Bakradze, a researcher at the Policy and Management Consulting Group (PMCG) in Tbilisi. He adds that because dollars are practically unavailable in Russia due to sanctions, some Russians transfer rubles to Georgia, exchange them for dollars, and then take the cash back to Russia.

Whereas in 2021 Georgia received a record-breaking $2.35 billion – equivalent to 13 percent of GDP and almost double foreign direct investment – remittances continued to climb in the first half of 2022, largely due to these transfers from Russia.

The effect of all this cash on the Georgian economy is mixed.

“Georgian citizens are getting income, and the economy as a whole benefits. It also helps the currency. People have more money and the demand for different services increases,” strengthening the lari, said Beso Namchavadze of Transparency International Georgia

But the growing reliance fuels vulnerability.

"Russia is experiencing an economic crisis. There is no doubt that remittances will decrease significantly and this will have a detrimental effect on our currency exchange rate. Also, it will have an impact on the real estate and tourism industries. There will be a decline in demand as the flow decreases,” said Namchavadze.

Beyond Russia, Bakradze of PMCG points out, the Georgian economy is now more vulnerable to global economic trends.

“A number of factors can affect remittances, including an economic crisis or a pandemic, for example. The growing reliance on money transfers ties our economy to the policies of other countries. For instance, if the EU suspends the visa-free regime with Georgia, it will have a huge detrimental effect on our economy," he said.

There are also concerns that so many workers have left – more than a fifth of the labor force, said one recent study – that Georgian businesses cannot find workers. That is a further drag on the economy.

David Keshelava of the ISET Policy Institute, an economic think tank at Tbilisi State University, shares similar concerns and points to the social impact. Domestic job creation is the only way to avoid being tied to other countries' policies, he said.

"High volumes of remittances mean that more and more people are unable to achieve their goals and are struggling to meet their basic needs in Georgia. They are forced to leave the country,” said Keshelava.