The legendary mountain region of Svaneti has turned into a cryptocurrency mint, resulting in chronic electricity shortages. 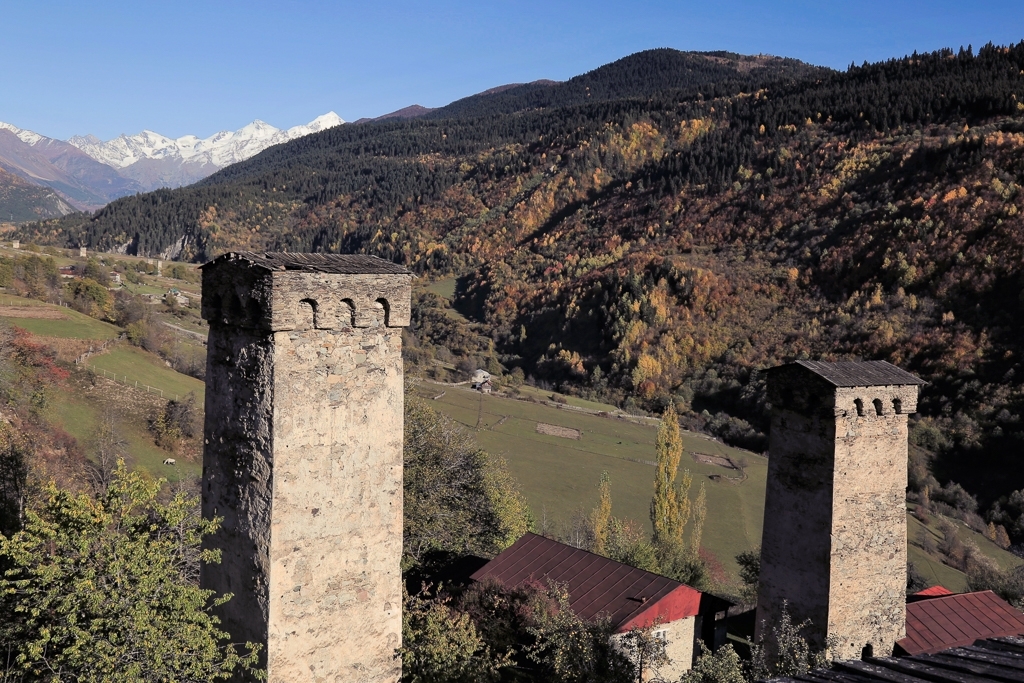 Just ahead of the new year, residents of Georgia’s remote mountain region of Svaneti gathered in a church to make a solemn oath upon an icon of St. George: that they would not mine cryptocurrency.

“It is unfortunate that we had to resort to this extreme measure, but we have been left with no other option,” one local told RFE/RL following the ceremony. It was a desperate attempt to deal with what has become an intractable problem: chronic energy shortages in Svaneti due to unscrupulous use of power-hungry computers mining cryptocurrency.

A few days earlier, the electricity utility company Energo Pro warned that the situation was “untenable.” Overuse had led to a spate of accidents on transmission lines that feed power to Svaneti, forcing the companies to send crews via helicopter to the high-altitude region, in harsh winter conditions, to fix them.

“No infrastructure can handle the kind of stress that we are seeing there,” the company’s head Mikheil Botsvadze wrote in a Facebook post.

Svaneti is best known for its towering, snowy peaks, picturesque stone-hewn hamlets, and strict traditional code of honor. Increasingly, however, it is also known for cryptocurrency production.

Some residents have been taking advantage of a government program providing free electricity to mountain regions, with the aim of keeping the remote communities alive, and using the subsidized power to churn out virtual money in their medieval towers.

Georgia has emerged as an unlikely global cryptocurrency hotspot, with prospectors attracted to the country’s laissez-faire business environment and cheap electricity needed for the power-hungry process of “mining” the virtual money. Svaneti – with its free electricity for households and discounts for businesses – is an especially appealing base for the industry.

While that has allowed some in Svaneti to make a mint in the virtual economy, it has meant that many others in the hardscrabble region suffer from the resulting power outages. The region has no natural gas supply, meaning that electricity (along with wood) is used for heating in winter. Svaneti’s other new economic hope – tourism – suffers particularly from the frequent power outages, which affect hotels, restaurants, and ski lifts.

Svaneti’s cryptocurrency frenzy peaked in 2019, when the power company and police were forced to go door to door to disconnect consumers who had gotten involved in cryptocurrency mining. Energo Pro said it then took offline about five million laris [$1.6 million] worth of mining hardware.

But miners were undeterred, and last year the region’s electricity consumption returned to 2019 levels, the company said. The regional capital of Mestia and nearby towns consume almost four times more power than the seven megawatt hours they are expected to.

Mountain dwellers are not the only Georgians using electricity subsidies for cryptocurrency: monasteries, too, have become unlikely outposts of virtual mining. In a dump last year of security services’ surveillance files, one revelation was the extent to which the clergy had gotten involved in the crypto business.

“Since 2017, Bishop of Vani-Baghdati Diocese Anton Gulukhia owns up to 50 units of cryptocurrency production hardware,” read one leaked filed cited by Georgian media. “He has the so-called bitcoin mines stationed in his bishopric residence.” The brief says that since 2017, the residence’s electricity consumption has been nearly tripling every year because of the cryptomining.

The bishop was unrepentant. “If I have them [computers used to mine virtual currency], then God bless; if not, may God give them to me,” he told the TV network Mtavari Arkhi. “Is it a crime to have them?”

While few in Georgia dare to take on the powerful Orthodox Church, Svaneti residents are an easier target. Energo Pro and the authorities have threatened to take action against miners in Svaneti, and also to eliminate the region’s electricity subsidies. “It is absurd to believe that the population has to have free electricity,” the company said in a statement posted on its Facebook page.

Energy regulators echoed the statement. “We have to understand that if we don’t start paying for electricity we will keep having outages and accidents that take time to fix,” David Narmania, the head of the Georgian National Regulatory Commission for Energy and Water supply, told reporters. “All of this is a problem for tourism and a discomfort for the population.”

Some energy experts, however, criticized the authorities and the company for placing the blame on Svans and argued that they should continue to get free electricity for household use. Residents of Svaneti deserve compensation, among other things, for the many hydropower plants built in the region that produce electricity for the entire country, Davit Chipashvili, an expert with environmental think-tank Green Alternative, told the local news site Mtis Ambebi.

The authorities and Energo Pro are the ones with the responsibility to differentiate households from business users, which they could do by setting quotas, Chipashvili argued. “The government has done nothing to fix this,” he said.

Note: due to an editing error, an earlier version of this post said that Energo Pro's warning came after the oath in the church; it was before.