There are more similarities than differences between Pankisi and the rest of Georgia. 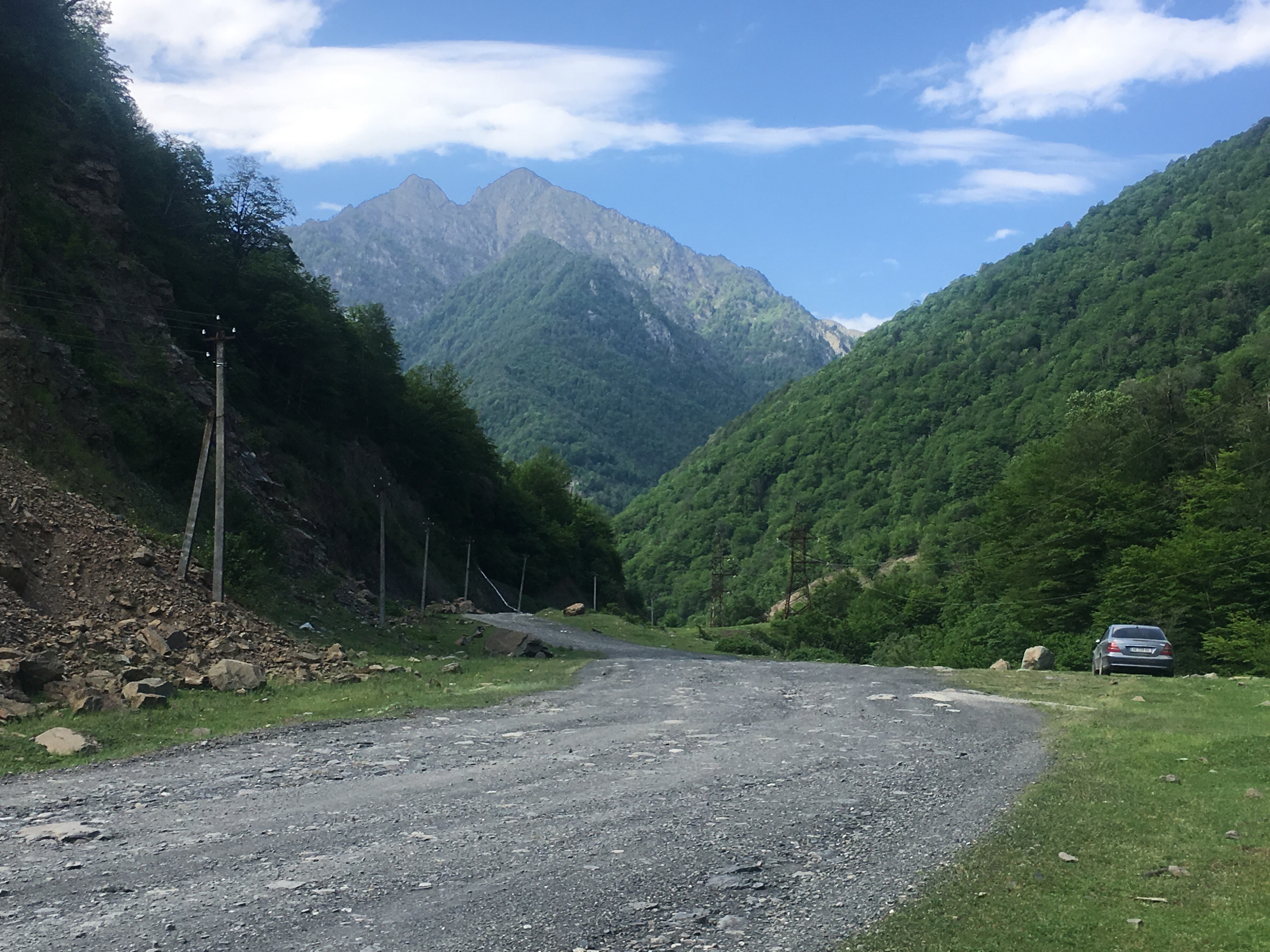 The Pankisi Gorge has long been plagued by a reputation for "terrorism." Locals hope the region's growing tourism industry will counter these stereotypes. (Photo by Bradley Jardine)

“They say we are all terrorists,” says Fatima, a guesthouse owner near Georgia’s border with Chechnya. “We are just ordinary people. Ordinary people with a proud culture and history.”

Fatima is not her real name: she requested anonymity after a pattern of what she calls “disappointing coverage” by journalists.

This is the Pankisi Gorge, home of the Kists, a minority group closely related to Chechens. The region has become notorious in recent years, with media coverage almost uniformly depicting it as a hotbed of Islamist radicalism. One American analyst went as far as to dub Pankisi the “Harvard of terrorist upbringing.”

The region's Muslim character is unmistakable. There is a prominent new mosque on the main street of Duisi, Pankisi’s largest village. Women wear headscarves and young men have pronounced beards and long bangs, as is fashionable among Chechen men these days.

But there are more similarities than differences between Pankisi and the rest of Georgia. Local cuisine is replete with Georgian classics, albeit with occasional twists: for example, Kists make the legendary Georgian khinkali dumplings with a filling of nettles instead of the standard meat mixture. Villagers sew handicrafts and clothing popular throughout the country, including the iconic Kakhetian felt caps.

In the early 2000s, the region became a base for Chechen separatists in their war with Russia, resulting in tense relations between Moscow and Tbilisi. More recently, at least 50 Pankisi natives have traveled to Syria to fight alongside ISIS, including Tarkhan Batirashvili, better known as Umar al-Shishani, the group’s so-called “minister of war.”

But locals insist that violence and radicalism are atypical and an increasing number of them, including Fatima, are leading the charge to change perceptions through one of their culture’s most sacred values: hospitality.

Fatima is the proprietor of Pankisi’s first real guesthouse, which she opened in 2013 after she had grown increasingly frustrated by the way her homeland was being portrayed.

“The government is unwilling to help us, so I decided to do something myself,” she says.

Pankisi is rarely advertised as a tourist destination, Fatima says. Local tourist companies and authorities often discourage people from visiting. “Please be careful,” is the response one often hears from Georgians when announcing travel plans to the area.

The region is also noticeably missing from popular travel guides, such as Lonely Planet. Fatima notes happily, though, that the region has appeared in the Bradt travel guide to Georgia since 2015 after she met with the author.

Despite the lack of publicity, more than 10 guesthouses are now running in the gorge, and the operators opened a new tourism development association in March. On a recent visit to the region, Eurasianet encountered American, Japanese and even Malaysian tourists out enjoying Pankisi's stunning views.

“At first we only got a handful of journalists coming through to stay with us, but now we are getting hundreds of tourists interested in nature walks and extreme sports,” Fatima says.

But tourism continues to face an uphill struggle as the perception persists that Pankisi is a hotbed of terrorism. “Most journalists know what they want to write before they even come here,” Fatima says. “They never consider the ways in which their words might hurt us.”

Sulkhan Bordzikashvili, a Tbilisi-based journalist and activist who is a Pankisi native, agrees. “Unfortunately, most of the time the gorge is only mentioned in connection with terrorism.”

Negative stereotypes again came to the fore in December 2017, following a widely criticized counter-terrorism operation by Georgia’s security services that led to the death of teenager Temirlan Machalikashvili.

In the immediate aftermath of the fatal operation, Fatima's guesthouse issued an email to journalists who were contacting her for accommodation: “This is not a good time to visit,” it said. “The media and state have caused significant damage to the reputation of the Kist people through sensationalist reporting. Moreover, they have nearly destroyed the infant tourism scene, which a few people have worked so hard to develop.”

But Bordzikashvili remains optimistic. “It will be difficult to change [these stereotypes], but I think it is possible” he says.

One way to do this would be to increase awareness of Pankisi's religious tolerance and healthy interactions with its neighbors. While there are no Christian residents left in the central village of Jokolo, its 19th-century St. George's Church is maintained by a local Kist family. They do not use the building themselves, but keep it in good repair and unlock it for visiting Georgians wishing to pray inside.

The region also has Islamic traditions that it can show off to tourists, such as the Marshua Kavkaz (“Peace to the Caucasus”) vocal ensemble. The all-female group has performed throughout Georgia and internationally, and every Friday they conduct the sacred Sufi zikr chant at Duisi's old mosque.

Meanwhile, locals are proud of the levels of human development their small region has achieved. “The children here have some of the highest test scores in all of Georgia,” Fatima says with evident pride.

Much of this can be attributed to the Roddy Scott Foundation, a British NGO that provides English classes for children. Fatima has recruited guides for tours of Pankisi from among these students, who themselves recognize how important the Foundation has been.

“They are the whole reason we speak good English,” a 16-year-old guide tells us as we stroll through Duisi.

It is telling, however, that most of these successes have been achieved without the involvement of the Georgian government. The only real signs of Tbilisi’s influence are the police station at the entrance to the gorge and dozens of large pipes along the Alazani River, part of a controversial dam project in the region.

Opposition to the dam has been near-universal in Pankisi, with several rallies already held against it.

“Although the absolute majority of the population opposes the dam, the process of building it is still ongoing,” says Bordzikashvili. “Moreover, representatives of various government institutions and private companies are trying to silence citizens who openly protest its construction.”

Fatima fears the project will be yet another state-driven blow to local tourism.

“We are against the construction of the dam because it will impact the quality of our water, the environment, tourism,” she says.

The gorge’s residents have steadfastly maintained their valley and their customs for nearly two centuries. Their language attests to this, with the local dialect containing words no longer commonly used in standard Chechen. But as Pankisi opens to the world, Kist culture is facing new challenges.

“Do you like Snoop Dogg?” the young guide asks excitedly. “He is so good, but his lyrics are ‘smoke weed every day.’”

“Don’t your parents get angry?” his friend interjects.

“They don’t speak any English,” he laughs.

Bradley Jardine is a freelance journalist who covers the Caucasus. Neil Hauer is an independent security analyst focused on Syria, Russia, and the Caucasus.