Among the many controversies surrounding the election of Georgia’s new president: where she works. 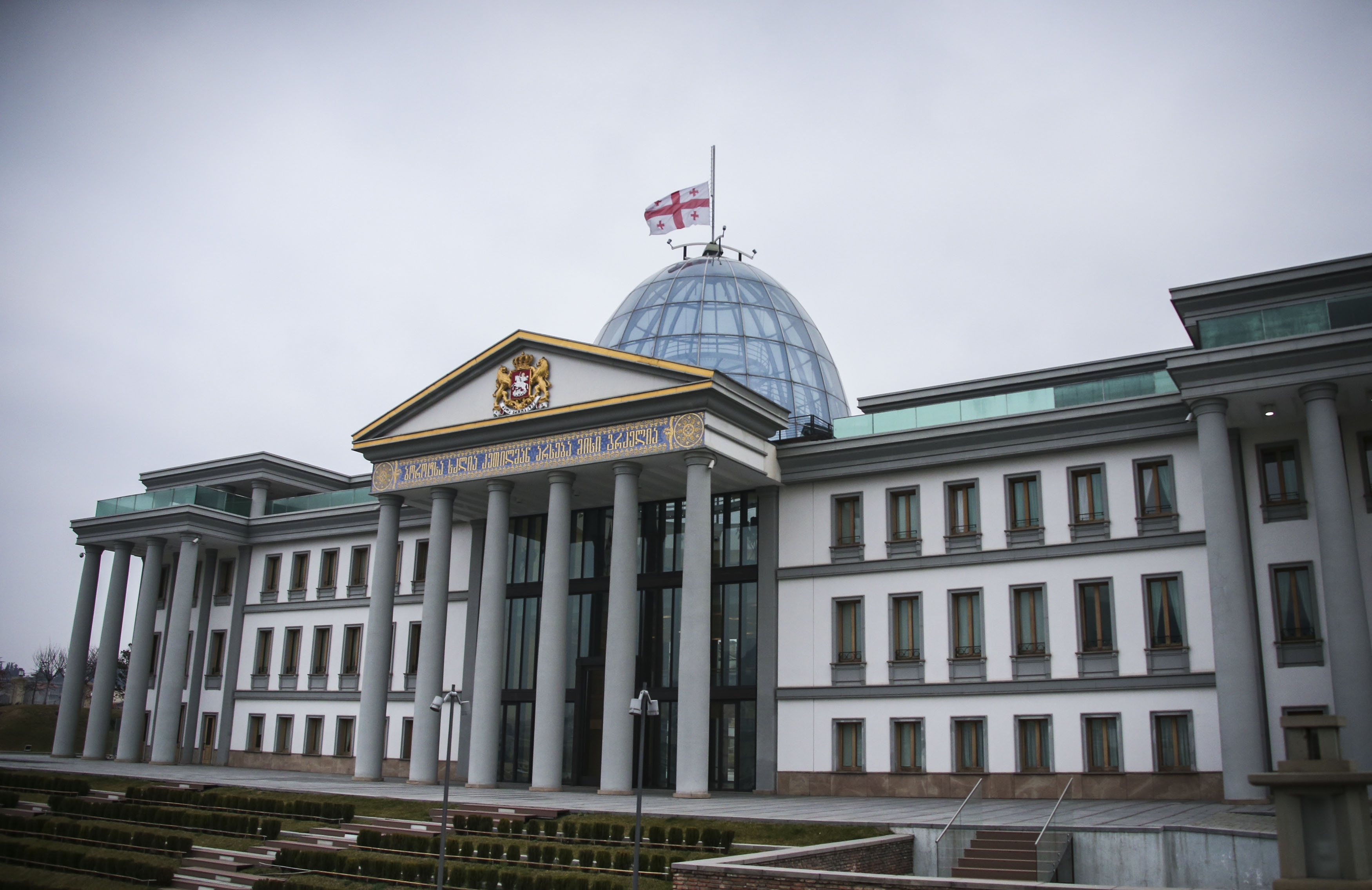 Georgia’s newly sworn-in President Salome Zourabichvili will spend her first months in office hot-desking as her new workspace remains the subject of controversy – as does her election itself.

Following her December 16 inauguration, Zourabichvili has officially become the first woman president of Georgia. Having broken that metaphorical glass ceiling, she has declined to come close to the literal glass ceiling of what used to be the country’s presidential palace.

Georgia in fact now has two presidential palaces – a bit extravagant for a small, cash-strapped nation – the result of the ongoing the feud between former president Mikheil Saakashvili and his archrival Bidzina Ivanishvili, the chairman of the governing Georgian Dream party.

Saakashvili completed his hilltop palace, conspicuous for its glass egg of a dome, back in 2009 when it was meant to symbolize a new political era. The billionaire Ivanishvili, who as it happens lives in his own hilltop glassy mansion, had long had a beef with Saakashvili and the building that came to encapsulate his rule; Ivanishvili often criticized his foe’s palace as aesthetically and economically exorbitant.

Three years later, to mark the end of the Saakashvili era, the Georgian Dream party began building a new palace – or rather, refurbishing a 19th-century manor – to accommodate Saakashvili’s successor, Giorgi Margvelashvili. The millions of taxpayer laris spent on the new palace was perhaps an odd way of addressing the financial excesses of the Saakashvili palace. But the new presidential home – a much smaller building, located down near Tbilisi’s Mtkvari River – also symbolized the reduction of the president’s powers under а revised constitution.

But then the palace plans went off the rails. Margvelashvili, to the surprise of many, refused to move into the Ivanishvili-suggested palace and dug in his heels at the Saakashvili-built residence. This led to an open dispute with Ivanishvili, the man who had handpicked him.

“Unfortunately, Mr. Bidzina [Ivanishvili] cannot accept that I make my own decisions,” Margvelashvili said back in 2015. “Georgia does not need a president who would obey and move from one building to another on somebody else’s order.”

Enter Zourabichvili, who may in fact be just that kind of president. Like Margvelashvili, Zourabichvili was also handpicked by Ivanishvili, but unlike her predecessor she did agree to move into the billionaire’s preferred palace. This led to a logistical predicament as the building is still unfinished and renovations are underway. Zourabichvili thus had to begin her term in an itinerant fashion. Breaking with the tradition, her inauguration was held outside the capital Tbilisi in the city of Telavi, after which she received her first official guests in a hotel room.

Two days later, she walked into the new palace where renovations are still underway. The building will not be fully completed for another “couple of months,” according to her chief of staff, Lasha Zhvania. He said that the president can already do some work in the administrative wing, but will have to use different venues for the ceremonial part of her job, such as receiving guests.

Still, Zourabichvili is staying positive about her office choice. “I’m happy to be here,” she said on December 18, speaking from the new palace, adding that the ongoing renovations will not interfere with her work.

The palace issue is far from the biggest controversy surrounding Zourabichvili’s ascent, but it does bring to the fore persistent questions about her ability to act as an independent, non-partisan political figure, as required by the country’s constitution. While some have celebrated the country’s election of its first female president in a markedly patriarchal society, others criticize her as the creation of a system in which the nation’s richest man can effectively install his favorites as presidents and prime ministers, and then tell them what to do and where.

Zourabichvili’s election was aided by a million lari loan from Cartu Bank, an enterprise owned by the Ivanishvili family. An affiliated charity, Cartu Foundation, announced ahead of the November 28 presidential vote that it intended to pay off bad credit for 600,000 individuals – a move criticized by observers as vote-buying.

Grigol Vashadze, the Saakashvili-backed candidate who lost to Zourabichvili, claims that Ivanishvili stole victory from him. Minority parties that back Vashadze refuse to recognize Zourabichvili’s authority and hope to nullify her victory through the courts. Dismissive of such claims, Zourabichvili said at the inauguration that she will be “everyone’s president.”

Vashadze tried to lead his supporters to Telavi on the day of Zourabichvili’s inauguration to hold a protest rally, but police blocked the road to the city. Vashadze and his supporters ended up clashing with police.

Amid all these tensions, it is unclear what happens to the old, Saakashvili-haunted house on the hill that is now being gutted of its furnishings and occupants. The presidential chief of staff said that equipment, office supplies and staffers are being transferred from the old palace to the new one. The good news is, as Zhvania said, that the new palace “already has internet.”