Georgia’s prime minister steps down ahead of looming clashes

The surprise resignation has delayed the crisis, but there is still no end in sight to the country’s political impasse. 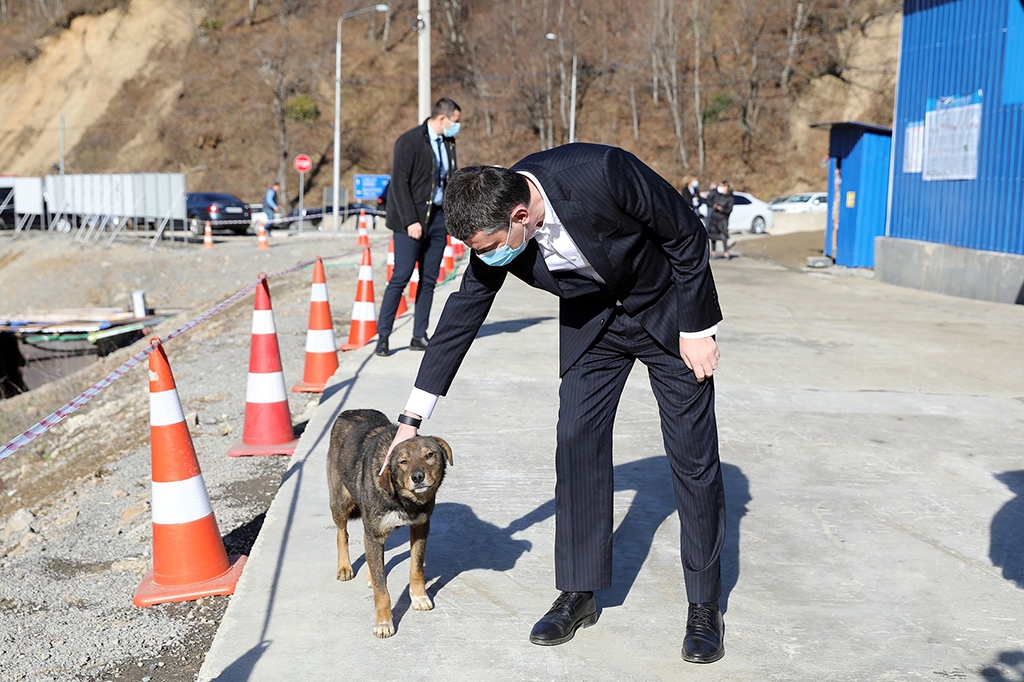 As prime minister, Gakharia was dogged by accusations he responded too violently to protests in June 2019. (government handout)

Ahead of a looming, potentially violent crisis, Georgia’s prime minister unexpectedly resigned and said he opposed plans to arrest a leader of the political opposition.

“As I’ve failed to reach a common ground with the team on this, I’ve decided to resign,” Giorgi Gakharia said in a brief February 18 press conference. “I’d like to believe that this step will help deescalate the polarization on the political stage of our nation.”

Tensions were high following a court decision the day before to remand Nika Melia, the chairman of the country’s largest opposition force, the United National Movement (UNM). That in turn followed a unanimous vote the day before in parliament to strip Melia of his immunity as a lawmaker, clearing the way for his detention.

Melia had been charged with inciting violence during demonstrations that erupted in June 2019, following the controversial appearance of a Russian lawmaker in the Georgian parliament. Melia claimed that the charges against him were politically motivated and refused to pay bail. Following fall 2020 elections that the UNM and other opposition parties claimed were fraudulent, he threw away an electronic monitoring bracelet that he had been ordered to wear until trial.

As his arrest loomed, Melia has been hunkering down in the UNM’s main office. He was joined by key opposition figures, who vowed to physically resist attempts to arrest Melia. Both sides were girding for a clash, as police officers were massing outside the party office, apparently preparing to storm the building.

Gakharia’s resignation has defused the crisis for now. Following his announcement, the Interior Ministry said it was “temporarily postponing” Melia’s arrest.

Opposition figures offered Gakharia qualified praise for the move. “I respect him for taking responsibility and making this decision,” said Davit Bakradze, the leader of the European Georgia party.

“By stepping down, Gakharia virtually admitted that they had plans for violence and bloodshed. His move certainly deserves appreciation,” said Melia himself. He called for snap parliamentary elections to end the crisis.

Melia also said that by stepping down, Gakharia avoided the risk of being responsible for a second bout of violence during his stint in government. During the June 2019 clashes, Gakharia was interior minister and was blamed for the government’s violent crackdown.

While Gakharia became the target of the protesters, who demanded that he step down following the violence, he instead was promoted to prime minister, as his firm hand with the demonstrations appeared to earn him points with Bidzina Ivanishvili, the head of the ruling Georgian Dream party.

While most of Georgia’s recent prime ministers have been dismissed as little more than pawns of Ivanishvili, Gakharia broke that mould a bit. He came into his own during the COVID-19 pandemic, and gained popularity following the government’s early success fighting the coronavirus. He broke with other party members, too, in the ongoing “cartographers case” in which two mapmakers were charged with giving away land to Azerbaijan around the medieval Davit Gareja monasteries. Georgian Dream and its loyal media have been ginning up the case to score political points at home, but Gakharia called for caution. "Politicizing the Davit Gareja issue in any form is fraught with great risk for our country,” he said. “We should have our national interests in mind and all of us should refrain from steps and words that could even theoretically make Davit Gareja a political issue."

Despite his reputation as an effective manager and political moderate, Gakharia was nevertheless not likely calling many shots, instead ceding real authority to Ivanishvili.

“For all his popularity, he was still a figurehead, who could not appoint and dismiss even a single minister in his own cabinet,” said opposition figure Ana Dolidze in a Facebook address following Gakharia’s resignation. “Realizing that he would be taking the responsibility for arresting Melia and its consequences, Gakharia refused to go along with a decision made for him by the party leadership and declined to stick his neck out for Ivanishvili and his clique for a second time,” she added.

“His step today makes clear that even on June 20 [2019] he was not the one giving orders [to disperse the protests], but it was instead forced upon on him,” political analyst Gia Khukhashvili told the opposition television network Mtavari Arkhi.

Gakharia’s demarche leaves Georgian Dream with a tough decision to make: Proceed with the arrest even when Gakharia has laid bare the fact that it was politically motivated, or walk it back, ignoring the court decision and its binding requirements. Either outcome would count as a strategic win for UNM and its allied opposition groups. Arresting Melia would make him a martyr and feed into the opposition’s narrative that the authoritarian Georgian Dream is politically repressing the opposition. Not arresting him would bolster their arguments that the government is interfering with the judiciary.

The hard-line chair of Georgian Dream, Irakli Kobakhidze, suggested that the authorities were likely to go ahead with the arrest. “A country that cannot ensure enforcement of the law, especially when it so crudely challenged by criminals, cannot function as a state,” Kobakhidze said, flanked by several other leading party figures. “We call upon Nikanor [Nika] Melia to obey the law, or the government will enforce the law and proceeds with his arrest.”

While early speculation had it that Kobakhidze would be the next prime minister, the party instead brought back a former premier, Irakli Gharibashvili, to replace Gakharia. Ivanishvili’s long-time factotum, Gharibashvili followed the billionaire into politics in 2012 and replaced him as prime minister in 2013. His traditional hard line against the opposition and his unwavering loyalty to Ivanishvili suggest that he will have few qualms about taking responsibility for the arrest and the fraught consequences.