Georgia’s restaurants fight back against the lockdown

The industry has been crippled. And with meager government aid, some have threatened civil disobedience. 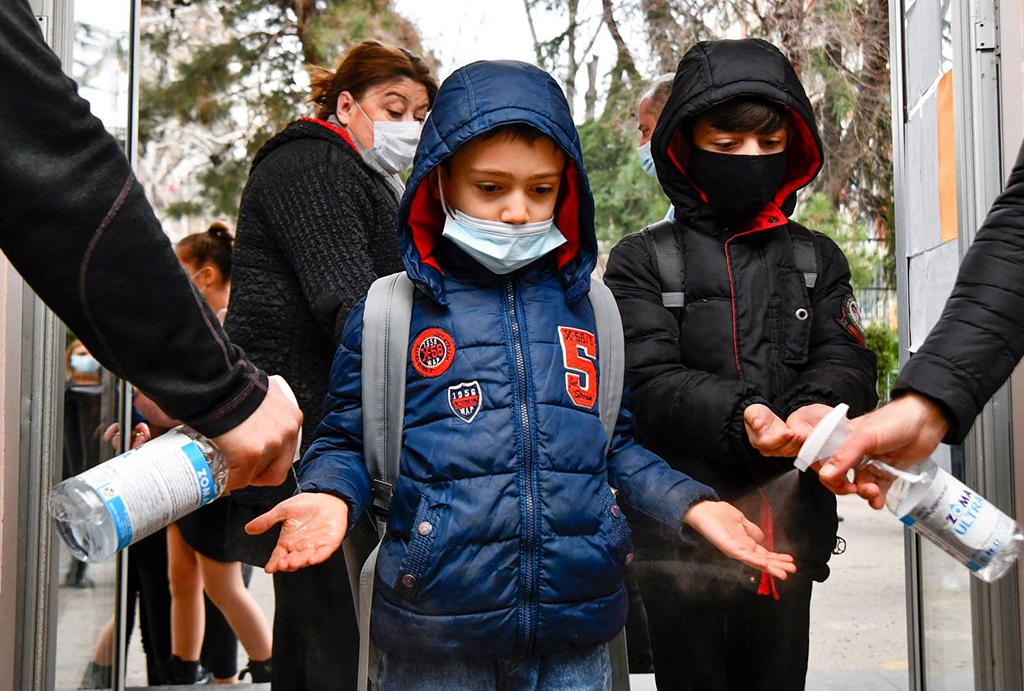 Restaurant owners say an overbearing government is driving them out of business. (government handout)

Nodari insists that he makes the best khachapuri in Tbilisi – a bold claim, when Georgia’s trademark national cheese pie is concerned. His little restaurant in Tbilisi’s Saburtalo district did attract plenty of customers, mostly students and cab drivers, until COVID-19 restrictions last year forced it to shut down.

The restaurant is best known for the Adjarian khachapuri, a boat-shaped calorie bomb topped with cheese, butter and a whole egg, though Nodari admits his favorite is the variant from his home region. “The Adjarian has the best looks, but the king of khachapuris is the Megrelian one,” Nodari argued.

He started the business after fleeing from his home region of Abkhazia during the war there in the 1990s. He told Eurasianet how he overcame all the obstacles of those grim years – “no electricity, tanks in the streets, breadlines and all that” – to establish himself as a neighborhood fixture. Now, though, he feels like he’s back where he started. Saburtalo is relatively bustling, but his restaurant has been closed for almost three months because of the country-wide lockdown, which includes a ban on restaurant dining. Once again he is borrowing money and his wife is cooking and cleaning for relatives to get by.

“Yes, nobody is pointing a gun at you and we have electricity, but otherwise it is 1993 all over again for us,” Nodari said.

Nodari asked not to be identified with his full name, as he blames the government for starving restaurants into bankruptcy with pandemic restrictions and feared that speaking out could jeopardize potential government aid.

He is far from alone. Georgia’s government and the country’s restaurants have been in conflict since the second round of lockdowns began late last November. Tensions spiked when the government announced toward the end of January that the lockdown would continue for at least a month more. Eighty popular restaurants in Tbilisi suspended delivery services for one day in protest, and another group of restaurants banded together and threatened to open up for dining, openly flouting the law.

Faced with the prospect of widespread civil disobedience, the government backed down and allowed a concession: Starting February 15, restaurants could open for outdoor dining. The partial reopening has offered some respite but is far from what restauranteurs want.

They still are not allowed to work on weekends, and on weekdays they need to call it a day at about 8 p.m. to allow staff time to get home before the 9 p.m. curfew hits. Being forced to wrap up dinner by 8 doesn’t appeal to many customers, and they have been further deterred by near-freezing temperatures that hardly inspire al fresco dining.

“I have a feeling the government checked the weather first and then allowed us to ‘open,’” quipped Meriko Gubeladze, chef and owner of Shavi Lomi, one of Tbilisi’s best-known restaurants.

“Still, even the partial lifting of restrictions was a relief,” she said. “People started coming, but the cold is keeping many away and we are operating at a fraction of what we used to. I used to have 25 people working at Shavi Lomi, now I have five.”

It is even harder for cafes and restaurants with no outdoor space, even though the municipal authorities in Tbilisi allowed restaurants to temporarily use sidewalks. “Who is going to sit here when you have this and this,” Nodari said pointing at the sleet on the ground and cars parked halfway on the sidewalk.

“Give us the chance to work and survive,” founder of Zazanova, an indoor jazz club, Marina Salukvadze told journalists as she and fellow restaurateurs were heading to a February 17 negotiation with officials from the Economy Ministry. “Small and medium size businesses are the backbone of the economy – if we go over the cliff the national economy will follow.”

Some economists estimate that each day of lockdown is costing businesses up to $5 million in revenue. The economy shrunk last year by 5.1 percent. The national currency, the lari, fell in value and prices climbed throughout last year. More than 162,200 Georgians had lost their incomes by November, even before the second round of lockdowns began, according to official data.

The hospitality industry has borne the brunt of the crisis, hit by the double whammy of domestic restrictions and a near-absence of foreign tourists. Shavi Lomi’s Gubeladze says it has been nearly impossible to keep afloat her second restaurant, Leila, an establishment in Tbilisi’s historic center that primarily caters to an international crowd.

The head of the Restaurateurs’ Association, Shota Burjanadze, said at a recent press conference that following the partial restaurant reopening, only 700 out of its 100,000 members resumed operations. The industry’s “financial losses are so great that it beggars the imagination. About 250,000 people [previously employed in the sector] remain unemployed,” he said.

State bailouts have kept some restaurants afloat. Under a $155 million relief package, the government picked up the tab for interest payments on loans owed by hotels and restaurants for a six-month period, and offered both corporate and individual tax breaks.

But café and restaurant owners say they will go under unless they start making money soon. They say restrictions have been stricter and lasted longer in Georgia than in most European countries, while government aid has been far lower. Complaints about government red tape, as well as selective distribution of aid and enforcement of restrictions, also have dogged the lockdown.

Gubeladze says that she hit a wall when she tried to make use of the government aid. She took a personal rather than a corporate loan to develop her business, which means she is not eligible for government subsidies of corporate loans, and a loophole rendered her ineligible for the tax breaks.

“I don’t want government aid. I was doing fine without it,” she said. “All I want is to be allowed to do my job and I will be the one giving money to the government, not the other way around.”

Nodari also claims he couldn’t get any government aid, saying that he faced an impassable jungle of red tape. “It probably made a difference for big businesses, but not for small-time types like us,” he said. The only government aid he found useful was state subsidies for utilities. “That allowed us to keep our heat and lights on in the winter,” he said.

Some in the hospitality business have found creative ways around the restrictions. Restaurants connected to hotels are allowed to operate for hotel guests, so some have contrived to allow “guests” to pay a nominal fee for a room and thus be able to dine in.

On February 24, the government announced that it was lifting many of the pandemic restrictions. Restaurants across the country can open without restrictions on March 8 (a week earlier in the seaside city of Batumi). But for many, it might be too late. In January, Nodari put up a “for rent” sign in the window of his diner. This month, he changed it to a “for sale” sign.