Nearly 10,000 Russian businesses have been registered in Georgia since the beginning of the war in Ukraine. Many of them are in places you wouldn’t expect. 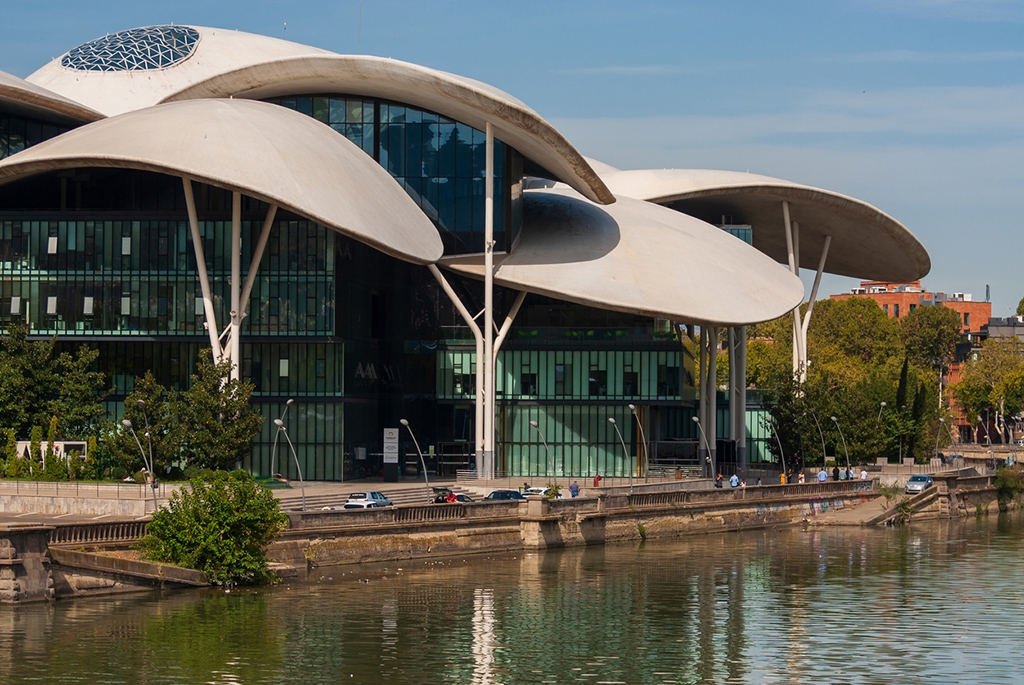 Addresses can be bought outside Tbilisi’s House of Justice. (iStock)

Untsa, a remote and impoverished village in the southern backwoods of Georgia, does not have much to show for itself beyond a few creaky old houses and collapsing wooden fences.

But official data suggest that the community has become a hotbed of Russian business activity, a sort of Cayman Islands of Georgia.

More than 400 businesses owned by Russians have been registered with Untsa addresses since the start of the war in Ukraine, public records show. There are now more Russian businesses registered here than residents: The last census, in 2014, put the village’s population at 270.

Since then, Untsa appears to have significantly emptied out. Pedestrians are rare and few doors are responsive to knocking. There is no trace of Russian business – or any business at all, for that matter – in the subsistence farming community.

“Even city folks don’t come here, let alone Russians,” said one elderly woman, as she stood in her door, laughing to tears in reaction to Eurasianet’s query about new enterprises in town. “Do come in, perhaps you can find some Russians under the table.”

The search for the hidden Russian entrepreneurs leads north, to a larger village of Vakhani. One house, unremarkable to the naked eye, is supposed to be bursting with Russian activity: More than 200 Russian-owned companies are registered at the address.

The house appeared empty. When asked about Russians in the area, a neighbor in all seriousness began giving directions to the ruins of a nearby castle where 300 years ago King Solomon II signed an accord placing his kingdom of Imereti under Russian protection and suzerainty.

What locals in such villages are reluctant to discuss is that some of them are selling their addresses to anyone who needs to set up a business in Georgia, a process that requires a postal address. As Russians have fled en masse to Georgia in the wake of their country’s invasion of Ukraine, many brought their business along or started one, and began snapping up these addresses.

Georgia’s geographic proximity, visa-free access and simple business registration rules offered an easy escape to freelancers and businesspeople affected by international sanctions against Russia. From March through September, Russians set up nearly 9,500 companies across Georgia, according to figures collected by the Georgian chapter of the global corruption watchdog, Transparency International.

Most of these operations are sole proprietorships, and they represent a tenfold increase from the same period last year, the watchdog found. And that was before another wave of Russians fleeing military mobilization again flocked to Georgia at the end of September.

While there is no comprehensive data about the nature of Russian businesses in Georgia, Russian-owned restaurants and shops have popped up across Tbilisi and Batumi, and digital nomads have filled cafes and co-working spaces. Still others offer home improvement services.

One of them is Marina, who together with her husband exports used cars from Georgia to Russia. She is registered in a village that she asked not to be identified, along with her last name. “There is a lot of hatred toward Russians these days and we don’t need problems,” she said.

She acknowledged that she had never been to the village. She paid 100 lari (about $35) to one of a group of brokers who gather in front of Tbilisi’s House of Justice, where the government office dealing with businesses and property ownership is located. The brokers mediate between foreigners who need a business address and property owners willing to “host,” and split the fee.

“Sometimes when you rent an apartment the landlords simply allow you to use their address, but not everyone is willing to do that,” Marina said. “So the easiest way, I found, is to talk to the ladies outside the House of Justice.”

There are also several agencies, advertised online, that provide more elaborate assistance. Along with postal addresses, they help the Russians with notary services, translation and setting up bank accounts. “I paid 150 lari for everything and got individual entrepreneur status in like one day,” Vlad, who provides IT services to international clients, told Eurasianet. “It was incredibly cheap and simple.”

While these services are legal and provide income for many Georgians, they are also a source of much controversy in Georgia. Most of the nation is actively rooting for Ukraine’s victory and there are fears that offering an escape hatch for Russian businesses is undermining the international campaign to economically pressure Moscow to end the war.

There also are concerns that economic dependence on Russia could make Georgia politically vulnerable to pressure from Moscow and interfere with its aspirations for closer integration with the United States and Europe. And there is a long historical memory of Russian imperial ambitions in Georgia, dating back even before the time of Solomon II.

With all that in mind, the growing Russian presence makes many Georgians uncomfortable. Those who are helping Russians take root in Georgia, by helping register their businesses, are often publicly upbraided as enemy collaborationists. “It’s not that I sold a piece of my homeland, I just rented out an address,” said one homeowner in Khvanchkara, a town in Georgia’s mountainous north. “We wouldn’t have to do it if we were not so poor, so leave us in peace.”

Marina argues that Russian business in Georgia is fully above board and that Georgians benefit from it. “I cannot speak for everyone, but I don’t think we are hurting anyone by buying and selling cars,” she said. She declined to comment on Russia’s policies toward Georgia and Ukraine. “We are not interested in politics and prefer to stay out of it,” she said.

Vlad who came to Georgia to escape military mobilization, takes a stronger stance. He argues that he cannot be blamed for what he describes as his “megalomaniacal” leader’s wars on his neighbors. “It is not that someone asked for my consent when [Vladimir] Putin attacked Ukraine or Georgia, or when he pretty much made himself Russia’s ruler for life,” he said. “I understand the concerns here, but I think it is pretty obvious that we would not be here if we were happy with what’s going on in Russia.”