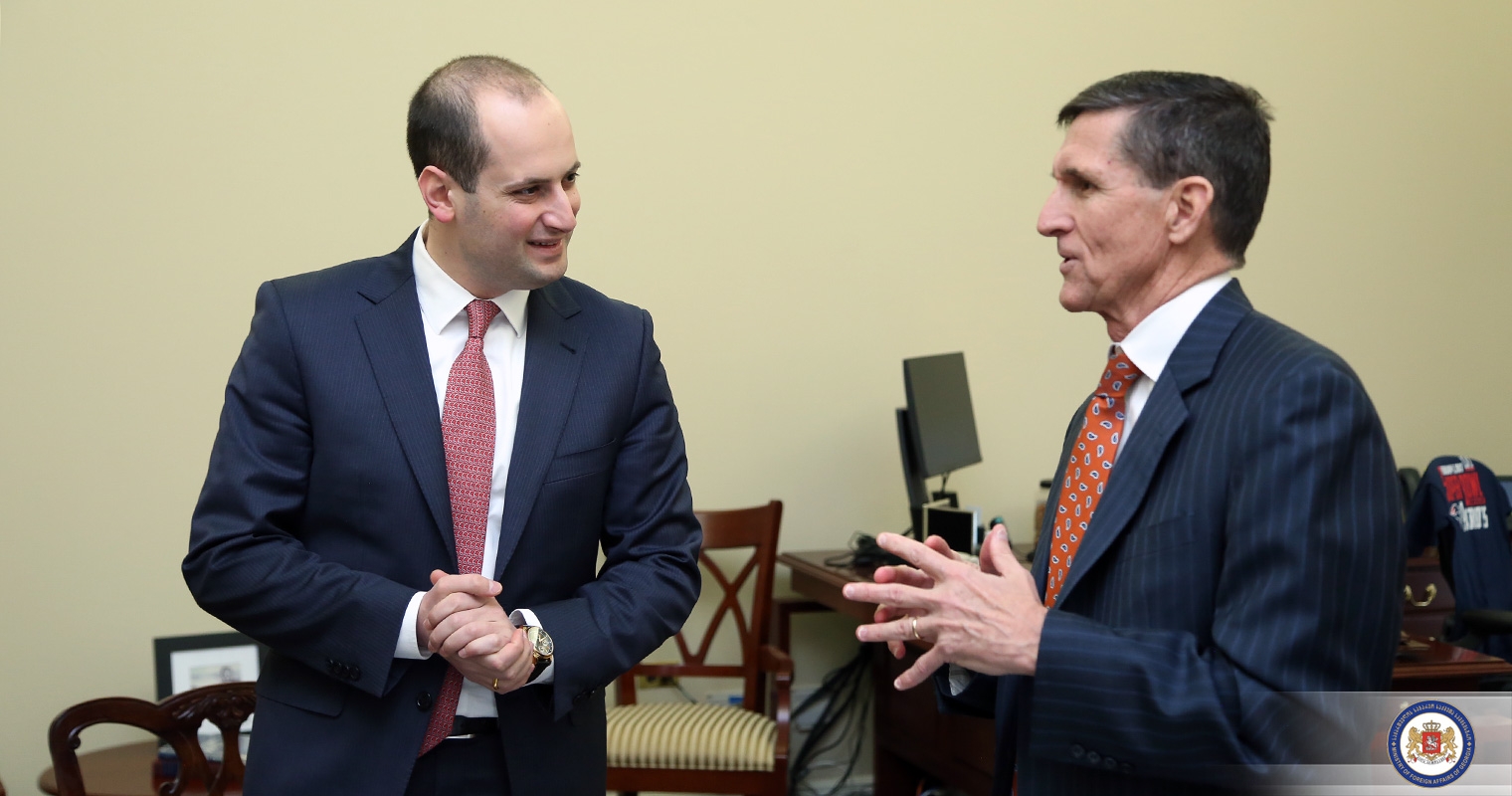 Eager to keep relations with the United States on the front foot, Georgian Foreign Minister Mikheil Janelidze has traveled to Washington to meet with senior American officials as Tbilisi seeks to shore up ties with a new administration that has at times demonstrated an affinity with Georgia's nemesis, Russia.

Relations between the U.S. and Georgia have steadily grown closer since the early 2000s, when the distant Caucasian state found itself in a privileged position in the George W. Bush White House’s foreign policy agenda.

But Donald Trump’s ascension to the presidency has raised doubts about the future of cooperation between Washington and Tbilisi, given his new administration’s reputedly Russia-leaning inclinations.

No doubt hoping to keep ties on an even keel, Janelidze met on February 10 with U.S. National Security Advisor Michael Flynn and recently confirmed Secretary of State Rex Tillerson, along with an assortment of members of Congress. Janelidze’s visit was likely meant to both confirm U.S. support and use the opportunity to assert Georgia’s carefully cultivated image as a regional stalwart for the new administration.

In this, at least, Janelidze’s visit appears to have been successful. According to the Georgian Foreign Ministry’s account, Janelidze’s meetings with Tillerson and Flynn both appeared to stay on script, highlighting the U.S.-Georgia strategic partnership and trading the customary thanks for support.

General Flynn highlighted Georgia’s significant contributions to Euro-Atlantic security in the process, noting that Georgia is an important U.S. partner not just in the region but also globally when it comes to international challenges and security. General Flynn thanked Georgia for the courage and resolve shown by Georgian soldiers in peacekeeping missions in Afghanistan and Iraq.The American presidential advisor said Georgia is an example in terms of democracy and economic development, and that country and has great potential to become a regional economic hub.

Georgia has won a steadily growing share of U.S. bilateral military assistance, and this year U.S.-Georgia military activities are expected to be at their highest levels yet, in part due to a dramatic increase in European Reassurance Initiative funding in the 2017 budget.

But in spite of these trends and the supportive language Janelidze heard in Washington, Georgia may not yet be out of the woods. Flynn's boilerplate assurances came at an interesting political moment in Washington, a day after reports surfaced showing that he had discussed ongoing U.S. sanctions policy with Russia's ambassador to the U.S., Sergey Kislyak, before Trump’s inauguration, despite Flynn’s previous denials. The potential revelations not only compound suspicions over the administration’s ties to Moscow, but may also constitute a violation of U.S. federal laws. Against that backdrop, Flynn may have been especially careful not to upset longtime orthodoxies in his meeting with the Georgians.

Of course, another complicating factor is that despite supportive language from even senior cabinet officials, the ultimate say in foreign policy lies with President Trump himself, whom has recently clashed with both traditional friends and foes alike, including Iran, Mexico, Australia, and France. For Georgia, which has long staked its security on its relationship with the U.S. and Europe, Janelidze’s trip looks promising so far, but nothing seems certain in this new era.