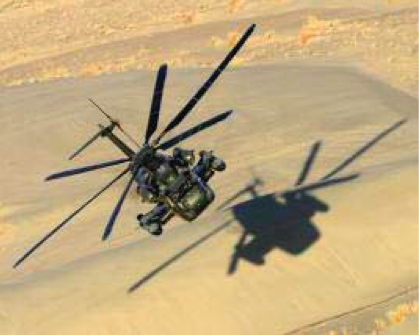 A helicopter from the German airbase in southern Uzbekistan had to make an emergency landing, accidentally setting a wheat field on fire, the German embassy in Tashkent told The Bug Pit.

The episode was first reported by Uzbek media on June 16. The website Union of Independent Journalists of Central Asia said that "a German military helicopter was forced to make an emergency landing after it began to smoke, and a spark from the engine started a field on fire. This caused a negative reaction in the local population."

In a statement to The Bug Pit, a representative of the German embassy in Tashkent confirmed that "a German helicopter experienced engine problems and had to perform an emergency landing. As the helicopter lost some hot parts of its engine, a nearby field of wheat caught fire. Competent authorities are investigating the causes of the accident. Germany is going to compensate the owners of the field." No one was injured, the embassy added.

Reporting on the German base in Termez has been very scant, but it was established in 2002 (shortly after the U.S.'s own base, a little north in Karshi-Khanabad) to support Germany's contributions to the war in Afghanistan, just across the river from Termez. Germany has been paying between 10 and 15 million Euros per year in rent to the Uzbekistan government for the use of the base. In 2006, Der Spiegel reported:

The Germans have had a squadron stationed in Termez since February 2002. The base, which has 300 military staff, six transport aircraft and seven helicopters, serves as a hub for supplying Germany's contingent to the NATO-led International Security Assistance Force (ISAF) in Afghanistan. Each soldier who takes off from the Cologne/Bonn military airport for a tour in Afghanistan has to change planes in Termez -- from an olive-green Airbus to a C-160 Transall cargo aircraft. The German military has already shuttled 125,000 troops and more than 10,000 tonnes of freight through its base in this Uzbek oasis.

Germany currently has about 2,700 troops in Afghanistan, mainly in the north, making it the third-largest troop-contributing nation to ISAF.