The audience was enthusiastic about the unusual pairing. 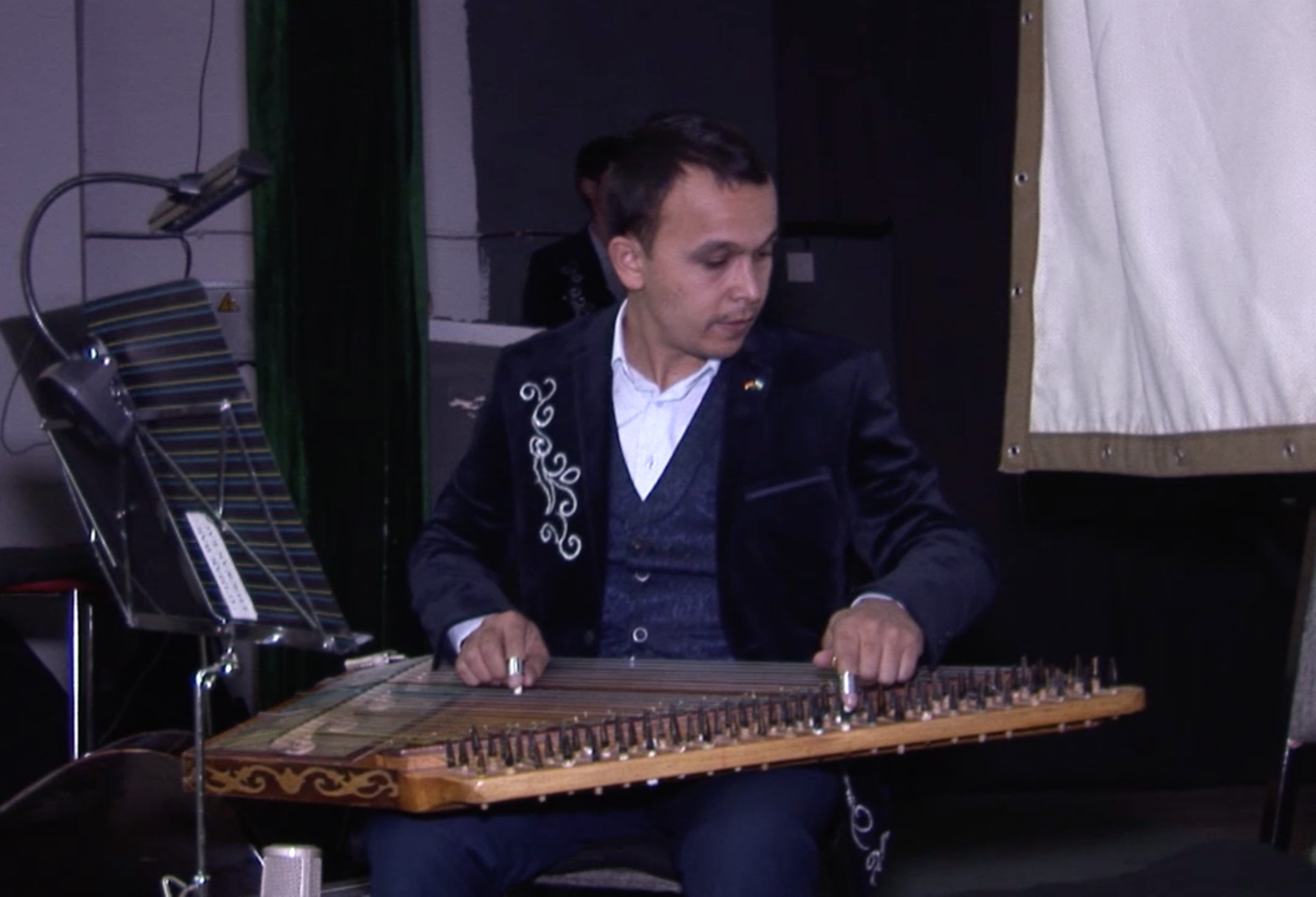 A musician tunes his instrument before the Tashkent Conservatory's screening of The Doll. (Eurasianet)

Traditional Uzbek music does not seem an obvious fit to accompany a silent movie from Weimar Germany, but judging by the enthusiastic reaction of the audience, the pairing worked.

On December 1, a packed Tashkent Conservatory was treated to a screening of The Doll, a 1919 movie German master Ernst Lubitsch made before emigrating to Hollywood, where he would make classics like Ninotchka and The Shop Around the Corner.

Lubitsch is not an alien name to Tashkent filmgoers. Another 1919 comedy, The Oyster Princess, was screened in Uzbekistan in 2013, and then too to the musical accompaniment of the Sogdiana Folk Orchestra.

The Doll is based on a novel by E.T.A. Hoffmann and tells the story of young man who devises a convoluted plot to marry a mechanical doll as a way of satisfying a rich uncle determined to see him tied down.

The choice of a live score with local instruments was intended to create a sense of intrigue and interest in the screening. The score and arrangement are the creation of 26-year-old musician Abdumadjid Karabayev. This marks his first major composition.

"The difficulty was that it was necessary to find music suitable to the content and rhythm of the film. But we found a way. In places we used classical national music, elsewhere we used modern Uzbek music,” Karabayev said.

The Tashkent performance was the final in a national tour, which also took place in the cities of Bukhara, Karshi and Termez.