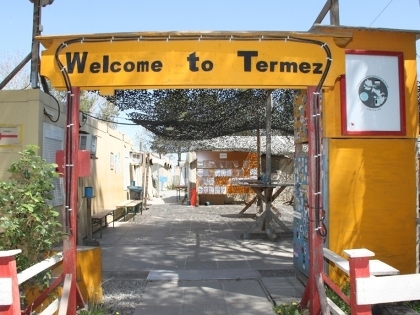 Germany will close its air base in Uzbekistan by the end of the year, German officials have said, marking the end of the fourteen-year military presence in Central Asia.

"All particpants were aware from the start that our deployment to Termez wouldn't last longer than the military presence of the Bundeswehr in Afghanistan," Ambassador Neithart Höfer-Wissing said then.

That news was hard to square with the fact that Uzbekistan had just raised the rent of the base last year to 35 million Euros a year, more than double what it had been charging, and was now trying to raise the rent to 72.5 million Euros.

Now, it seems Germany is pulling out altogether. AFP reported that 21 German soldiers recently arrived in Termez, with another 14 to join shortly, who will work on closing the base down. And since August, the German air force has been using U.S. military transport, making Termez less necessary, the report continued.

"Termez right now is just a backup. We are not effectively using it right now, that's the reason why we are closing it," German military spokesman Dominik Wullers told RFE/RL. "Some [personnel] will be transferred to Mazar-e Sharif in Afghanistan where we have our base, while others will relocate to Germany."

It seems like the end of the combat mission can't be the only reason Germany is leaving the base, given that rent negotiations were going on even this year, after the mission had ended. Presumably Germany would have been willing to stay in Termez had the terms been more attractive.

It's also curious that Uzbekistan decided to bargain so hard that they drove Germany out. Not that 35 million Euros was the panacea for Tashkent's budget, but Uzbekistan's authorities must have decided that it wasn't worth it.