A new program will formalize temporary farm employment for Georgians in Germany, as low pay and unemployment continues to drive Georgians abroad. 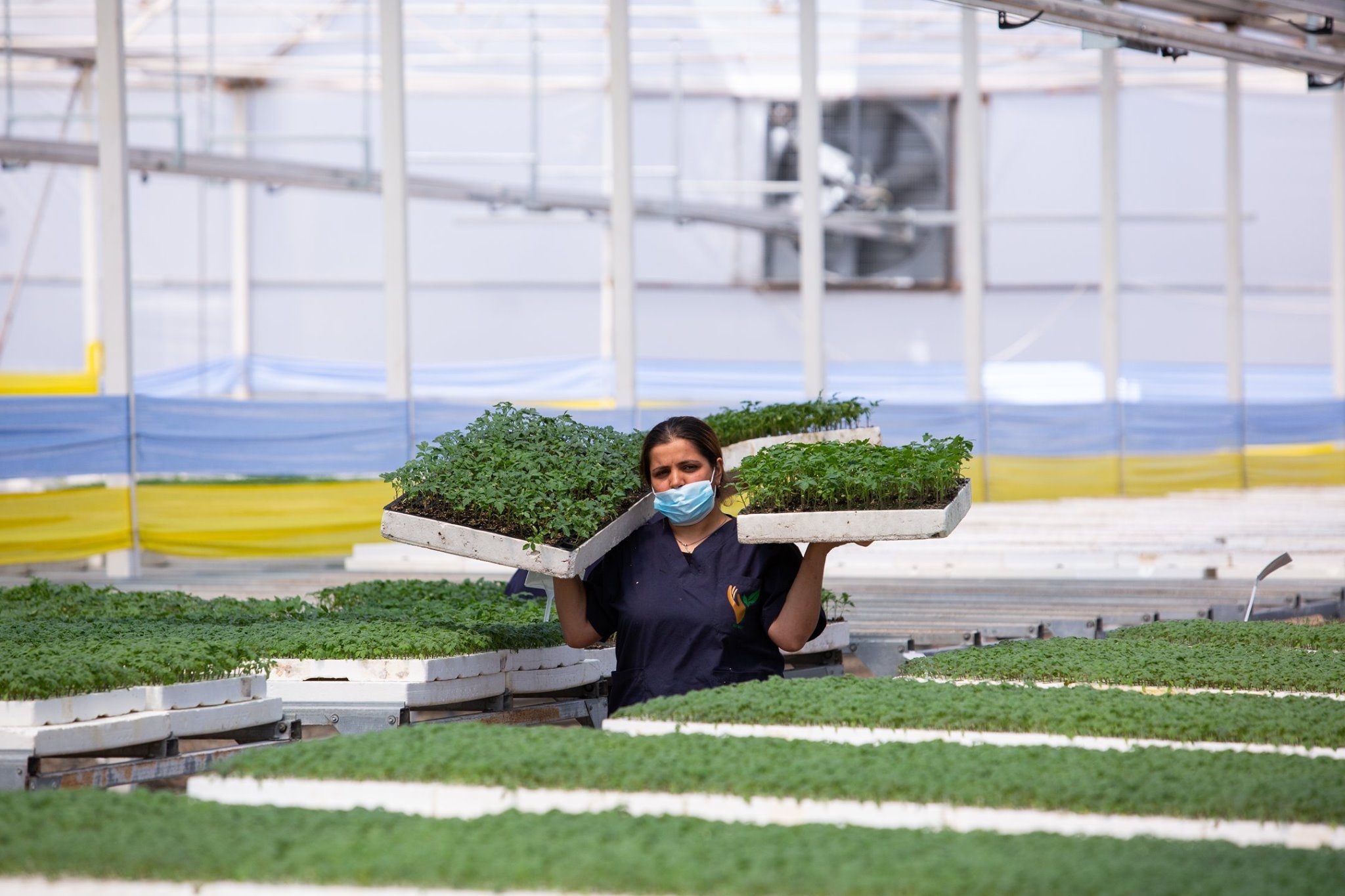 At a rickety old house in a rundown Tbilisi neighborhood, three friends gathered as they prepared to leave the city and their country, some for the first time. They were all applying for a new Georgian government program to recruit seasonal farm laborers in Germany, and had mixed feelings about it.

One, Dato, makes a living delivering food on his scooter and was eager to put that job behind him. “Maybe I’ll learn something new and go start my own farm when I come back instead of toiling for delivery companies,” he said. He teased his friends: “I grew up in a village, so I know my way around the farm unlike these two,” he said.

Those two, Merab and Giorgi, had more qualms. (All agreed to an interview on the condition that their last names not be printed.) Mid-career professionals with government jobs, they considered it demeaning to swap their offices for manual labor, even temporarily. Still, they had done the math: The new program pays a minimum of 9.50 euros an hour, meaning that they could make 5,670 euros in three months – the maximum term Georgians will be allowed to work in Germany under the program. Giorgi noted that it would take him two years to make that money at his current job.

“Picking asparagus in Germany pays better than working for the government in Georgia,” said Giorgi.

The guest worker program opened for applications in February and it was immediately flooded, with more than 53,000 Georgians – more than 1 percent of the entire country – applying in the first 24 hours. “From the German government’s end there is no limit on how many people can apply,” Ekaterine Tikaradze, the minister for Internally Displaced Persons, Labor, Health and Social Security, told a press conference on February 11.

The demand can be explained by Georgia’s grim employment and household income figures. The average monthly salary is just over 1,300 lari, or less than $400. Official figures put the unemployment level at 18 percent, and it's gone up as a result of the COVID-19 pandemic and associated layoffs. Polls in early 2021 by the Caucasus Research Resource Centers found that one in five Georgians reported losing a job as a result of the pandemic.

To be eligible for the program, applicants must be between 18 to 60 years old, have experience in agriculture and know either basic German or English. Dato doesn’t really speak anything other than Georgian, but the program does allow groups to apply together as long as at least one member speaks one of the two languages. Merab speaks German and has visited Germany on vacation.

The current program is a pilot project and there are plans to expand beyond agricultural jobs in the future, Tikaradze said. Georgia also is working with France, Greece, Israel, Bulgaria, and Cyprus on setting up similar programs.

Georgian officials argue that the program will allow Georgians to legally make an extra euro in Germany while at the same time acquiring skills they can apply at home. German officials, too, have framed it as a win-win for both countries. “Many people in Georgia are well acquainted with the field of agriculture and will be able to contribute to the German agriculture and, after their arrival in Georgia, will contribute in the same field of their country,” Germany’s ambassador in Tbilisi, Hubert Knirsch, told reporters.

“Overall this initiative could benefit Georgian agriculture as well,” said Hans Gutbrod, a German who has been involved in Georgian agriculture for more than 10 years. “Even if only a handful of the workers bring back techniques, new practices, and an understanding how modern agriculture works, this could be a very positive impact.”

Economists argue that knowledge gaps hinder the productivity and profitability of Georgian agriculture, a sector that employs about half of Georgia’s population but accounts for only 7.4 percent of the nation’s $17.5 billion economy.

A 2016 study by the United Nations Development Program found that “60 people employed in Georgian agriculture generated as much value as one French agricultural worker.” It also noted that while comparable countries like Armenia and Bulgaria were seeing significant increases in productivity, in Georgia it was remaining virtually flat.

“From my perspective, the key would be to implement this program well: to try and match workers well (including to organic farms), to offer a short training before and afterwards, to offer some support if some of the returnees want to start, say, their own berry production,” Gutbrod said.

The program could also help regulate Georgian migration to Germany. German officials have complained about Georgians abusing a visa-free regime with the European Union, and a program allowing for regular travel could dissuade some Georgians from overstaying.

Others, though, have interpreted the program as a means of evading responsibility for Georgia’s own economic woes by exporting its unemployed.

“Out-migration is the quick fix to the pressing problem of unemployment. Creating jobs at home is more complex,” said Felix Hett, director of the South Caucasus Office of the Friedrich-Ebert-Stiftung, a German foundation. Georgia’s economic strategy of liberalizing the economy, lowering taxes and reducing regulations is not enough to resolve the country’s employment woes, he said.

“A complex employment policy involves investments in education and vocational training, public funding of research and development, and access to credit for small businesses through publicly owned banks,” Hett said. “These factors are at the core of the German economic success story after World War II.”

For Giorgi, Merab, and Dato, though, the concerns are short-term. Giorgi and Merab are trying to work out whether they could keep their government jobs while taking advantage of the German scheme. “We will think about it, if we get picked. I can probably negotiate a leave of absence as long as I don’t stay in Germany longer than a month,” Merab said. “Staying at a farm for a month can be a good break from this and hopefully I get to spend a few days in a proper city in Germany.”

He pointed out his window, where Tbilisi’s biggest and oldest cemetery stretched from his yard. “Digging potatoes is not exactly my dream job, but then all I see from my window is death,” he said.