Give me a smoke-free Armenia – but not yet

The Armenian government is again trying to pass a smoking law, but it won’t go into effect until 2022. 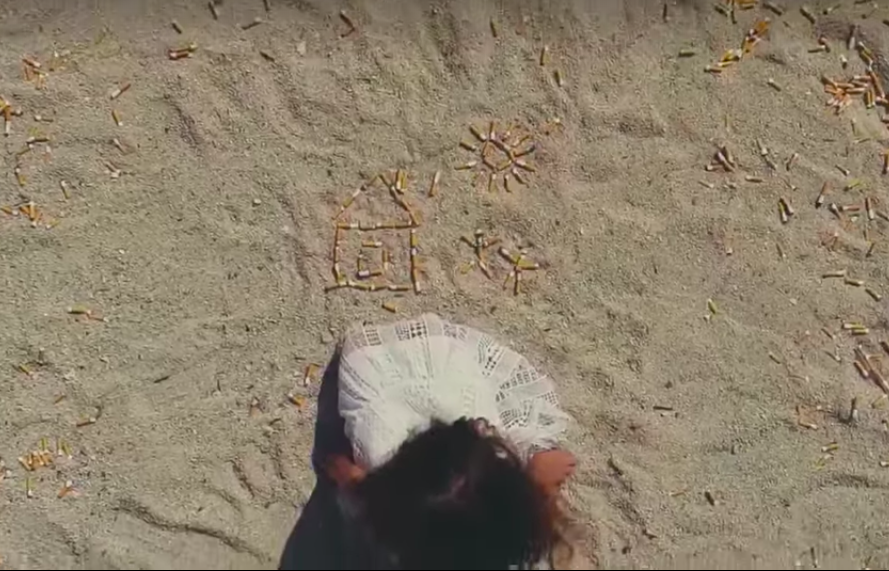 Screenshot from an anti-smoking PSA promoted by the Armenian government, which is trying to pass a law restricting smoking in public places.

The Armenian parliament is debating a new law that would restrict smoking in public areas and impose stiff fines on violators.

But Health Minister Arsen Torosyan, who is spearheading the measure, said the law wouldn’t fully go into effect until 2022, and has been facing resistance from some of his political allies.

“Regrettably, some of our colleagues, being smokers and nicotine addicts – which by the way goes away rather quickly – failed to drop their unhealthy motives for opposing the need to adopt the law,” Torosyan wrote on Facebook November 7, as the bill was being debated in parliament. Torosyan went on to complain that some members of parliament made arguments including “the people are not ready,” the “interests of tobacco industry should be taken into account,” and even “the link between smoking and cancer isn’t proven.”

“Certainly, hearing this from our colleagues in parliament and not from tobacco producers was rather comical … In any case, we are very resolute in passing this bill and we hope that parliament will place Armenia among the countries that care about the health of their citizens and won’t let it remain the ‘ashtray of the region,’” he continued.

Armenia remains a regional outlier; all of its neighbors have already banned smoking in most public places. (Some enterprises in Yerevan, however, have taken the initiative to ban smoking themselves.)

If the new law were passed some provisions, like taking cigarettes out of store display cases, would take effect in 2021. The indoor smoking ban wouldn’t happen until 2022.

According to a survey carried out in 2016 and 2017, half of all Armenian men smoke and the average age an Armenian starts smoking is 18. In 2015, Armenia ranked 15th in the world in terms of rates of lung cancer. Cigarettes are cheap, as low as 60 cents a pack.

The proposed law was approved by the government on September 12 and has the support of Prime Minister Nikol Pashinyan. In promoting the law, Pashinyan said he quit smoking in 2004, and that 80 percent of the members of the government are non-smokers, as are all regional governors. "The police chief does not smoke, the NSS chief smokes secretly,” he added, referring to the National Security Service.

The former government in Armenia also tried to regulate smoking in 2017; its proposal was approved by the government but never went into force.

The new proposed law altered several provisions of the previous one, including reducing the level of the fines for violators, which was one of the major objections to the previous legislation. (At about $500 a violation, though, the new proposal is still not lax.)

During a November 6 televised debate about the proposal, one member of parliament from Pashinyan’s My Step alliance, Lusine Badalyan, said that while My Step broadly supported the law, she worried that some elements of it were “radical” and refused to acknowledge that smoking caused lung cancer. Deputy Health Minister Lena Nanushyan countered that according to research the ministry carried out, 80 percent of Armenians are in favor of banning smoking indoors.