The band ultimately was able to play its Tbilisi show and thanked "all our Georgian metal brothers for their overwhelming support!" 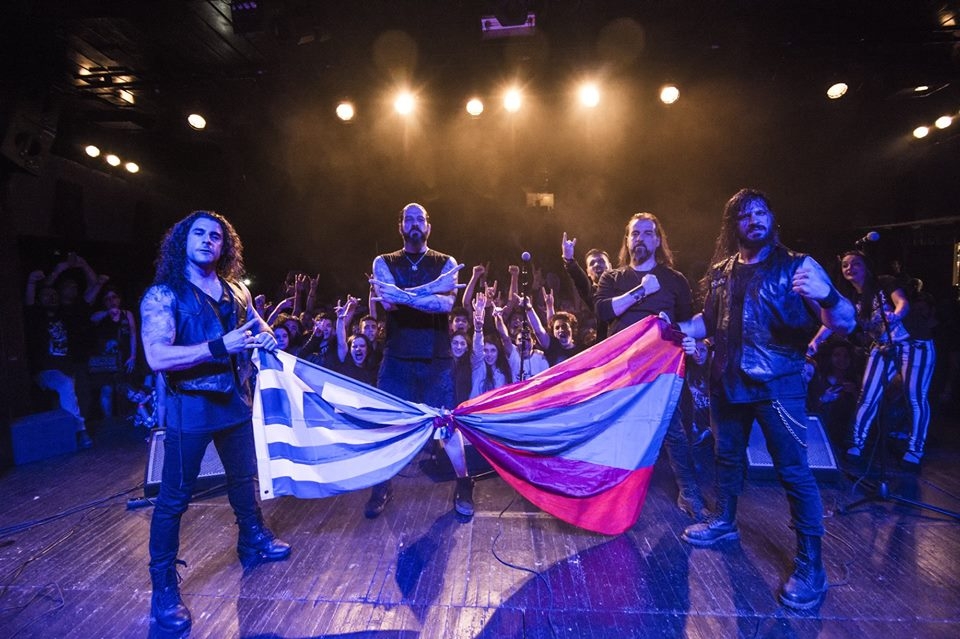 Members of the Greek death metal band Rotting Christ at an April concert in Yerevan. Their previous engagement, in Tbilisi, was marred by a detention of two band members at the airport. (photo: https://www.facebook.com/Rotting-Christ-290468585669/)

Members of a Greek death metal band were arrested in Tbilisi after reportedly being suspected of terrorism because of their divisive name: Rotting Christ.

Upon arrival in Georgia on April 12, the group’s singer Sakis Tolis and his brother Themis Tolis, its drummer, were stopped by police at Tbilisi airport and taken away for questioning, the band members reported. Later, they were deprived of their passports and imprisoned. Police told them that the details surrounding the case were “confidential,” the band said in a Facebook post.

The Tolis brothers’ lawyers later informed them they had been labelled Satanists and “suspects of terrorism” by Georgia’s national security service, they said.

“Without previous warning and no official reason, we found ourselves in jail, locked into a small and rather dirty cell,” Saklis Tolis said on the Facebook page of Rotting Christ’s record label, Season of Mist. “We weren’t permitted any contact with the outside world, legal protection, or contact with our embassy for 12 hours.”

The band’s other members were not on the police list and were able to work with local promoters to resolve the situation. The brothers were later released and managed to perform their concert before going on to Armenia to continue their tour.

The conservative Christian country has a troubled relationship with heavy metal bands. In 2016, a metal music festival in Tbilisi was obstructed after dozens of Orthodox priests protested the event and the power went out.

Rotting Christ – who have been together since 1987 – also have had a long history of trouble over their band name. In July 2016, the rockers had to play under a different name to appease South Africa’s authorities during a tour there.

Speaking in a 1998 interview, Saklis Tolis explained the band’s attitude to its moniker.

“Maybe this name doesn’t suit our music very well now, but we keep it to avoid disappointing our old fans,” he said. “On the other hand, I think metal music needs extreme names, and this way we show our indifference toward any religion.”

Saklis Tolis said that, aside from the trouble with the police, the trip to Georgia went well: “In the end, we were even able to perform our show and it turned out to be a fantastic night. We would also like to thank all our Georgian metal brothers for their overwhelming support!"