Land ownership is a sensitive issue in Abkhazia. The deal also sparked controversy in Georgia proper, where critics accused the government of closing its eyes to Russian expansion. 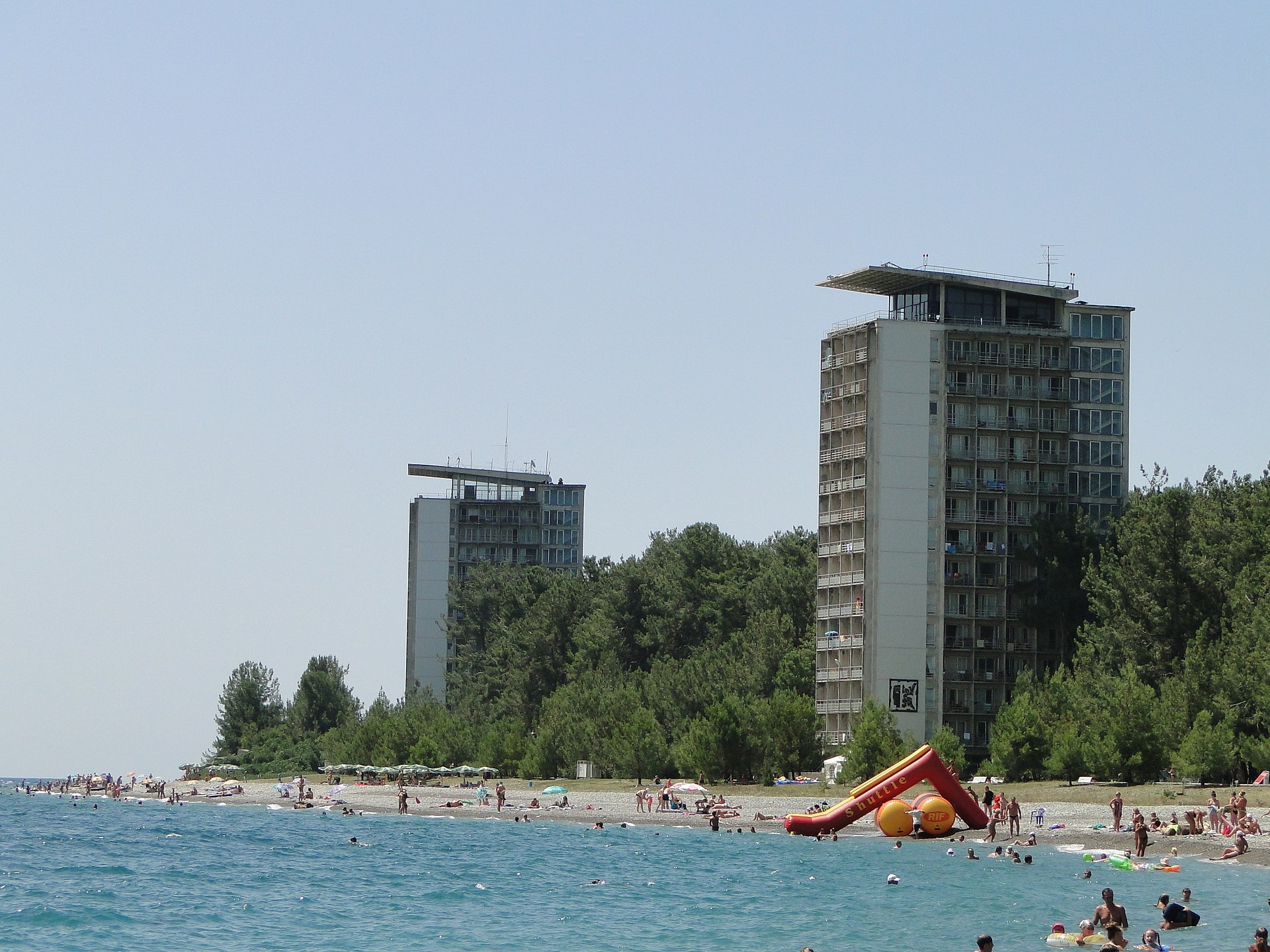 The transfer of a vacation complex in Abkhazia to Russia has sparked controversy, triggering local sensitivities about the degree of control Moscow wields over the territory.

At issue is a famous luxury dacha complex in the resort area of Pitsunda, built in the Krushchev era and since then a popular holiday spot for Soviet, Russian, and allied leaders. The resort was where Krushchev himself happened to be staying when he was deposed as Soviet leader in 1964. Other visitors have included Fidel Castro and Vladimir Putin.

On January 19, the de facto Abkhazian government and Russia signed an agreement transferring the beachside complex to the Russian government. But the agreement only became public in July, when it was presented for ratification to Abkhazia’s parliament.

Opponents quickly criticized it as a handover of the territory’s sovereignty to Russia. The de facto authorities, meanwhile, downplayed the impact of the deal on Abkhazia and said it is important to Moscow, which provides heavy financial and military backing to Abkhazia.

“A total area of 301 hectares has been given away from the Republic of Abkhazia,” Valeri Kvarchia, the former parliamentary speaker of the de facto republic, who has led efforts against the deal’s ratification, told a July 14 press conference.

According to the text of the treaty document aired by Abkhazian public television, aside from handing over ownership of the dacha to Russia, Sukhumi agrees to lease “land plots on which the facility is located and the adjacent sea area for 49 years.”

Kvarchia said that includes 186 hectares of a surrounding nature reserve plus 115 hectares in the neighboring Black Sea.

Residents and local authorities from Pitsunda, opposition politicians, and members of civil society have protested against the deal as contrary to Abkhazia’s interests.

Abkhazia, which broke away from Georgia in a civil war in the 1990s and declared itself an independent state, remains sensitive to potential threats to its sovereignty.

Those potential threats also have included Russia, which recognized Abkhazia’s independence in the wake of the Russian-Georgian war in 2008. In April, the de facto foreign ministry threatened to declare persona non grata foreigners calling Abkhazia’s independence into question, after some Russian analysts proposed that Abkhazia join Russia in the wake of the Ukraine war. By contrast, Abkhazia’s fellow breakaway South Ossetia started organizing, before abandoning, a referendum to join Russia.

The issue of Russians acquiring land in Abkhazia has been particularly sensitive: many in Abkhazia fear that if Russians could buy land then the small, poor, but scenic territory would quickly be snapped up by Russian developers.

Foreigners are forbidden from buying property in Abkhazia: According to the constitution, “land and other natural resources are the property of the people, used and protected in the Republic of Abkhazia as the basis for the life and activities of its citizens.”

For many, the dacha handover seemed a move in the wrong direction.

“My children are now 20 years old. Imagine giving [the territory] away for 49, 50 years, my children will be 70 then. Will anyone by then remember the pre-history of handing over this territory?” Natalie Smyr, a former Abkhaz deputy, told local news outlet Aidgylara on July 14. “This is never going to return back to Abkhazian state ownership.”

But Bzhania has repeatedly sought to defend the deal, linking the transfer to Russia’s strong support for Abkhazia and emphasizing that only the buildings and facilities are being fully transferred to Russia.

“Russia can live without this dacha as well, but can we survive without support from Russia?” Bzhania told locals in the Tkvarcheli district on July 20. “For all these years, Russia has asked us specifically about this dacha, to resolve the issue of acquiring not the land, but the complex of buildings,” he said during a meeting the same day in the Ochamchire district. “This question is many years old, and there were largely no other questions to us.”

Defenders of the deal also point to restrictions on how Russia can use the dacha: only for state events and “individuals subject to state protection” including for “their recreational activities.”

But opponents say the claims that Russia needs ownership of the dacha are overblown.

“The most terrible thing is that the Russian party is not insisting at all,” Smyr said. Those suspicions were reaffirmed after the participants of a closed meeting with Mikhail Shurgalin, Russia’s ambassador to Sukhumi, cited the diplomat as saying that Russian commitments to Sukhumi do not depend on the deal.

As the controversy grew, Abkhazia’s parliament on July 21 called on the constitutional court to review the deal.

News about the handover also reverberated in Tbilisi, where it fed into fears that Russia is trying to annex the territory. And the government’s relative silence over the deal led to a separate controversy in Georgia, where the authorities regularly face criticism for being too cautious vis-a-vis Moscow.

“We find the silence and inaction that your office demonstrates about the issue of Bichvinta’s virtual annexation and so-called treaty,” a number of Georgian opposition lawmakers wrote in a July 25 address to the foreign ministry, using the Georgian name for Pitsunda.

It was Georgian President Salome Zourabichvili who broke the silence.

“What we’re seeing in Bichvinta is a form of annexation of Georgian territory by Russia,” she tweeted on July 26. “This is the result of continued occupation.”