Temperatures in Kazakhstan are slipping to below -30 degrees Celsius. 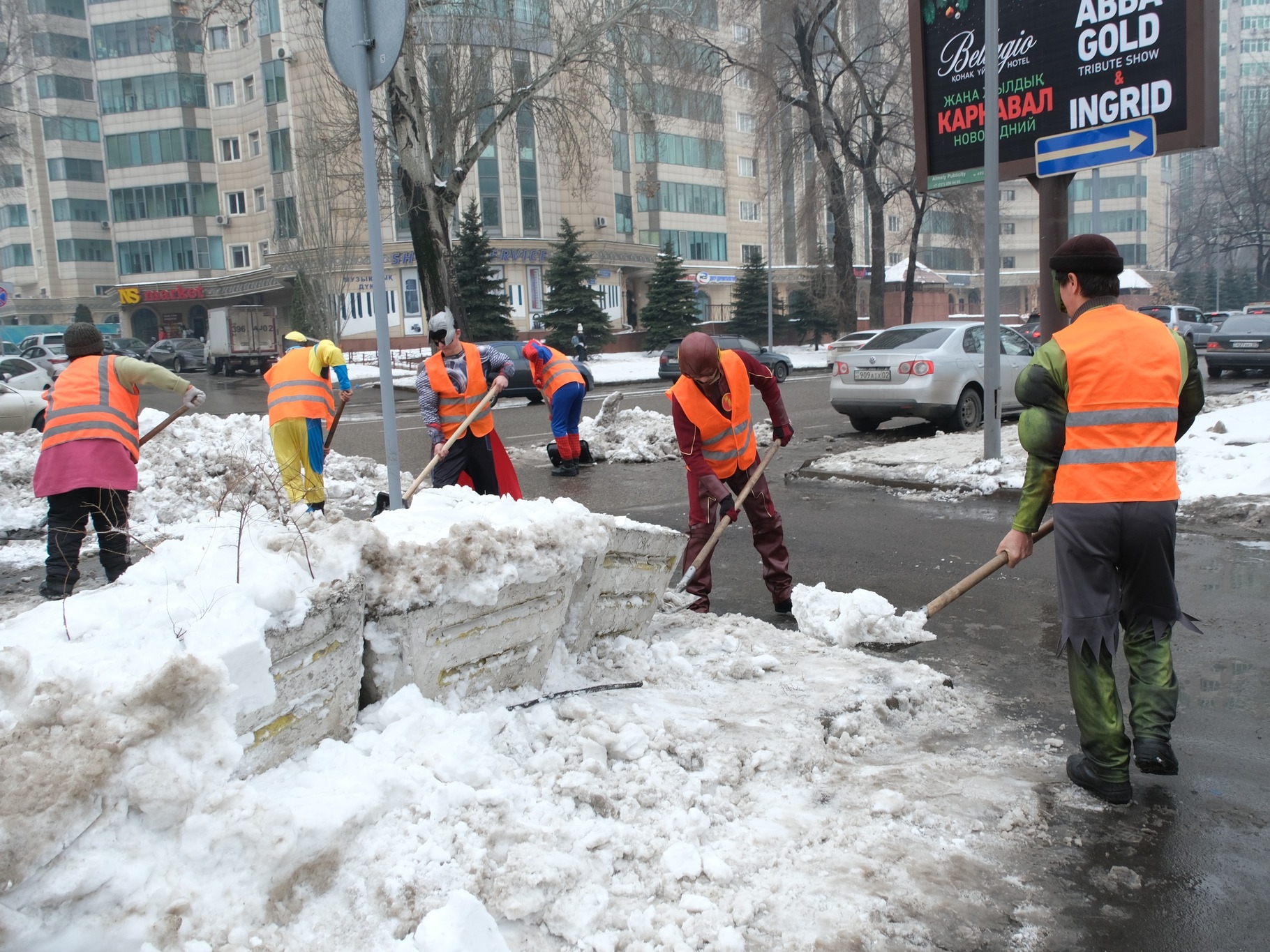 The harshest phase of winter has descended with a snowy thud across all of Central Asia.

In Kazakhstan, highways are blocked. In Tajikistan, schools have been shuttered. Officials in Kyrgyzstan are pleading with apartment-dwellers to close windows to basements to avoid water pipes freezing. Trees and electricity pylons in Uzbekistan are crashing to the ground under the weight of snow.

Whole swathes of Turkmenistan, typically the warmest country in the region, are blanketed in white.

The movement on highways in Kazakhstan is so bad that Uzbek officials have even warned their own motorists against going there until the weather eases.

As of the start of the week, the national road management service in Kazakhstan, Kazavtozhol, said it had closed 60 roads because of the cold snap that has seen temperatures in the capital, Astana, drop to less than -30 degrees Celsius (-25 degrees Fahrenheit). People driving diesel vehicles have been instructed not to drive at all.

“A drop in air temperatures could lead to the risk of vehicle fuel systems freezing,” Kazavtozhol said in a statement.

The danger on this front has been compounded by the rising cost of winter diesel. Motorists seeking to economize have often fallen back on cheaper summer diesel, which can freeze at temperatures as high as -5 degrees Celsius.

Adverse winter conditions have led to aviation authorities in Uzbekistan grounding numerous domestic and international flights. Overnight on January 9, a FlyDubai flight from Dubai that had been due to land in Samarkand was forced instead to redirect to Navoi. Airport workers scrambled in Samarkand to clear the runways of snow.

There were similar frenetic scenes in the capital, Tashkent, where municipal workers have been battling to clear the streets. Multiple accounts trickled in across the day of trees cracking under the weight of snow and crashing onto cars parked underneath, overhead heating pipes buckling, and store awnings collapsing.

Children in Tajikistan may be celebrating a little though. The Education Ministry there has said that the winter holidays will be extended through to January 16 due to the cold snap. Officials say the closure is to avoid an overly sharp increase in children coming down with colds, which sounds like an implicit admission that they were going to struggle to warm classrooms.

Many households across the country will endure the same problem. The capital, Dushanbe, is unused to seeing temperatures slip below freezing for sustained periods, which is what forecasters are anticipating is poised to happen.

In Kyrgyzstan, a not insignificant number of owners of houses – as opposed to apartment-dwellers – will resort to keeping warm by fueling their stoves with household waste. It is this practice that is to a large extent responsible for causing severe air pollution in the capital, Bishkek.

Health officials have warned the public, and particularly people with respiratory conditions, against going outside so as to avoid breathing in that poisonous air while the weather remains as it is now.

The same officials have pleaded with stove-owners to refrain from indiscriminately burning anything at hand.

“I would like to appeal to the population living in the private sector [residential areas] not to use fabric waste, tires, and plastic for heating. Burning those items releases carcinogens into the environment,” the government’s department for disease prevention said in a public appeal.

City hall authorities in Bishkek have asked apartment block administrators to make sure that their buildings do not get too cold so as to avoid water pipes and the sewers freezing. One suggested method of doing that is to close windows at basement level.

Turkmenistan has not been spared either, although sanctioned media there is putting a glossy spin on the uncharacteristic snowfall. One outlet, Arzuw, talked of the falling snowflakes “turning the streets of Ashgabat into a real winter fairy tale.”

Temperatures in the Turkmen capital were forecast to possibly drop to -6 degrees Celsius at night on January 10.