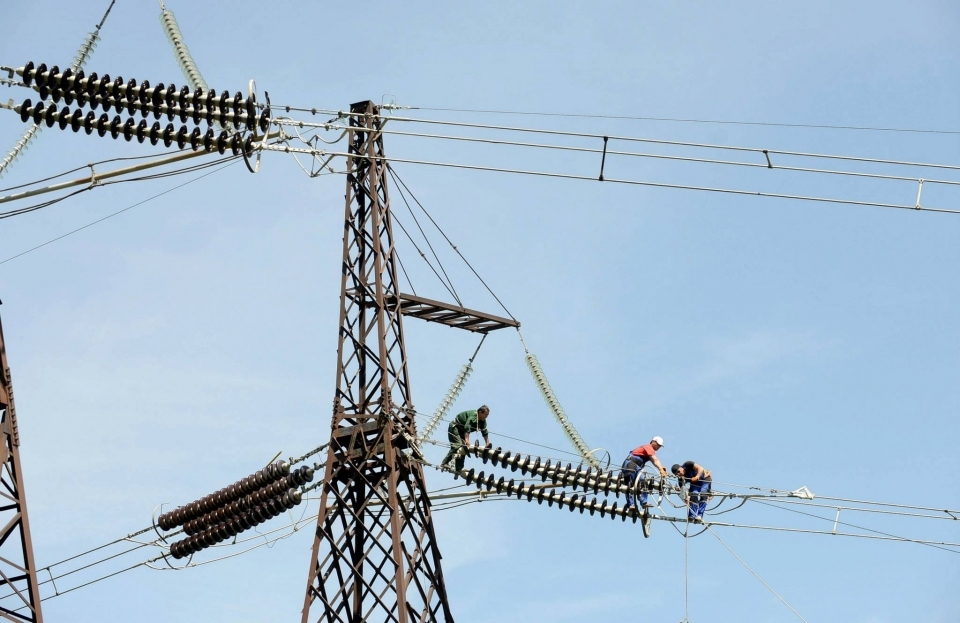 One evening this summer, at central Tbilisi’s Amirani cinema, a historic premiere took place: a private screening of what would be the world’s first TV series about the cryptocurrency business, itself financed by cryptocurrency.

The series, People with Wings, chronicles a group of four young friends teaming up to enter Georgia’s crypto economy. Their ambitions will face obstacles including internal betrayals as well as opposition from the crime world and an older generation of “Soviet” businessmen, in the words of the show’s creator and producer, Alex Sudadze.

Sudadze is one of the leaders of Georgia’s crypto business community, and the series is inspired by his decade-long career in cryptocurrencies. He started mining in 2012 and in 2014 founded the Bitcoin Embassy Georgia, a non-profit promoting the potential of cryptocurrencies and the blockchain software behind them.

The inspiration to produce a series about cryptocurrency came from, of all people, David Lynch, whom Sudadze met at a screening during the filmmaker’s 2017 visit to Tbilisi. “We talked for 30 minutes, and he told me: ‘I hope you become a filmmaker,’” Sudadze recalled to Eurasianet. “Then I was thinking about it a lot and on New Year’s Day 2019, I said to my friends: ‘Let's make a movie about cryptocurrencies.’”

Other scenes depict the industrial-scale data centers where bitcoin and other cryptocurrencies are mined – created virtually through energy-intensive computer operations. Companies or individuals who own computers that they dedicate to mining, by carrying out the computations that enable the verification at the core of blockchain technology, earn a share of the currency that they help create.

Over the past decade, Georgia has become a global leader in this sector of the crypto economy, thanks largely to cheap electricity, low taxes, and a permissive regulatory environment.

Starting in about 2015, Georgia gained global headlines for its prominence in the cryptocurrency mining economy. While accurate figures are hard to come by, Georgia’s standing was based on estimates like a 2018 World Bank report that documented a sharp and unexplained rise in electricity consumption. Mining devices appeared across the country, from village households up to facilities run by Bitfury, a global company that owned a huge data center in the Tbilisi Free Zone, a 17-hectare tax-free business and industrial area that opened in December 2015 in the suburb of Gldani.

The global crypto economy was upended in May, when China – which had been the world’s largest host of crypto mining facilities – announced a ban on mining, giving a boost to operations based elsewhere.

But Georgia has not seen a significant jump in crypto activity.

Over the past two years, the expansion of Georgia’s mining industry has halted, primarily due to an increase in electricity prices. Georgia’s National Energy and Water Supply Regulatory Commission imposed modest tariff hikes in 2015, 2017 and 2018 due to rising demand and costs of new infrastructure. In January 2021, bigger hikes ranging from 30 to 50 percent for commercial use were implemented in both Tbilisi and the regions. The previous tariffs were deemed unsustainable due to the depreciation of the national currency which increased the cost of imports and investments.

“Electricity consumption increased so significantly that the government was obliged to import more energy from abroad and raise the price of electricity,” said Giorgi Avaliani, a Georgian crypto entrepreneur and former manager of Bitforx, a bitcoin mining company that at one point operated a facility with 20,000 mining computers at the Kutaisi Free Zone, a tax-free enclave operated by the Chinese group Hualing.

Bitforx opened in 2017 only to close in 2019, following a period when the bitcoin price decreased and remained at a low level for months. The company then sold all the mining equipment, which was shipped to Azerbaijan where the electricity was cheaper, Avaliani said.

“Now there is a big competition between countries to offer the friendliest environment to miners,” he said. “Unfortunately, Georgia has lost its competitive edge, you can get cheaper electricity in Ukraine and even in Russia.”

According to the Cambridge Centre for Alternative Finance, Georgia’s share of the monthly hashrate – a metric measuring the volume of bitcoin calculations around the world – fell from 0.32 to 0.10 percent between September 2019 and early 2021, inching up to 0.19 percent this summer. “Kazakhstan, Russia and the United States are mainly benefiting from the Chinese crackdown,” said Vakhtang Gogokhia, a Georgian cryptocurrency entrepreneur. (Indeed, Kazakhstan’s share rose from 1.4 percent to surpass 18 percent over the same period.)

Gogokhia was the owner of Golden Fleece, a crypto company that was planning to set up a large mining center financed by the sale of a new cryptocurrency he was going to name Golden Fleece Token. But he abandoned those plans and switched gears to a new business trading limited-edition coins – real, physical coins – for collectors.

“Electricity tariffs have increased in Georgia during recent years, so mining is not attractive anymore,” Gogokhia said.

Golden Fleece has shared the fate of many other formerly ambitious mining start-ups in Georgia, whose frozen social media accounts are now the only trace of their former existence.

Participants listen to pitches for new projects, and these days they are more often connected to financial or technical services in the crypto world, not mining. Nevertheless, foreigners continue to come to Georgia to work in the crypto field, said Pierre, the German founder of the community who asked that his last name not be used because he was still not officially registered in Georgia.

“I have not seen many highly sophisticated projects, that is why I see a large opportunity to bring together the local community with the expat community as a lot of people from big crypto companies, including myself, are coming to work remotely from Tbilisi,” Pierre told Eurasianet.

And Sudadze, the TV series producer, remains optimistic. “Electricity is still cheaper than in Europe. Branches of international companies from Turkey, Italy, Spain or France are getting set up in the Tbilisi Free Zone,” he said.

He also pointed to an upcoming change in how electricity is bought and sold in Georgia: In January, the country is rolling out the Georgian Energy Market, through which businesses will be able to negotiate directly with electricity producers, like hydropower plants, bypassing traditional utility companies and potentially gaining discounts.

Meanwhile, he is currently managing six data centers throughout Georgia and working on opening a seventh. He has imported some equipment from China following the crackdown there. “If China is down, it means more profit for other miners,” he said.