The accused is a longtime ally of Prime Minister Nikol Pashinyan, who has made fighting corruption a centerpiece of the new government’s agenda. 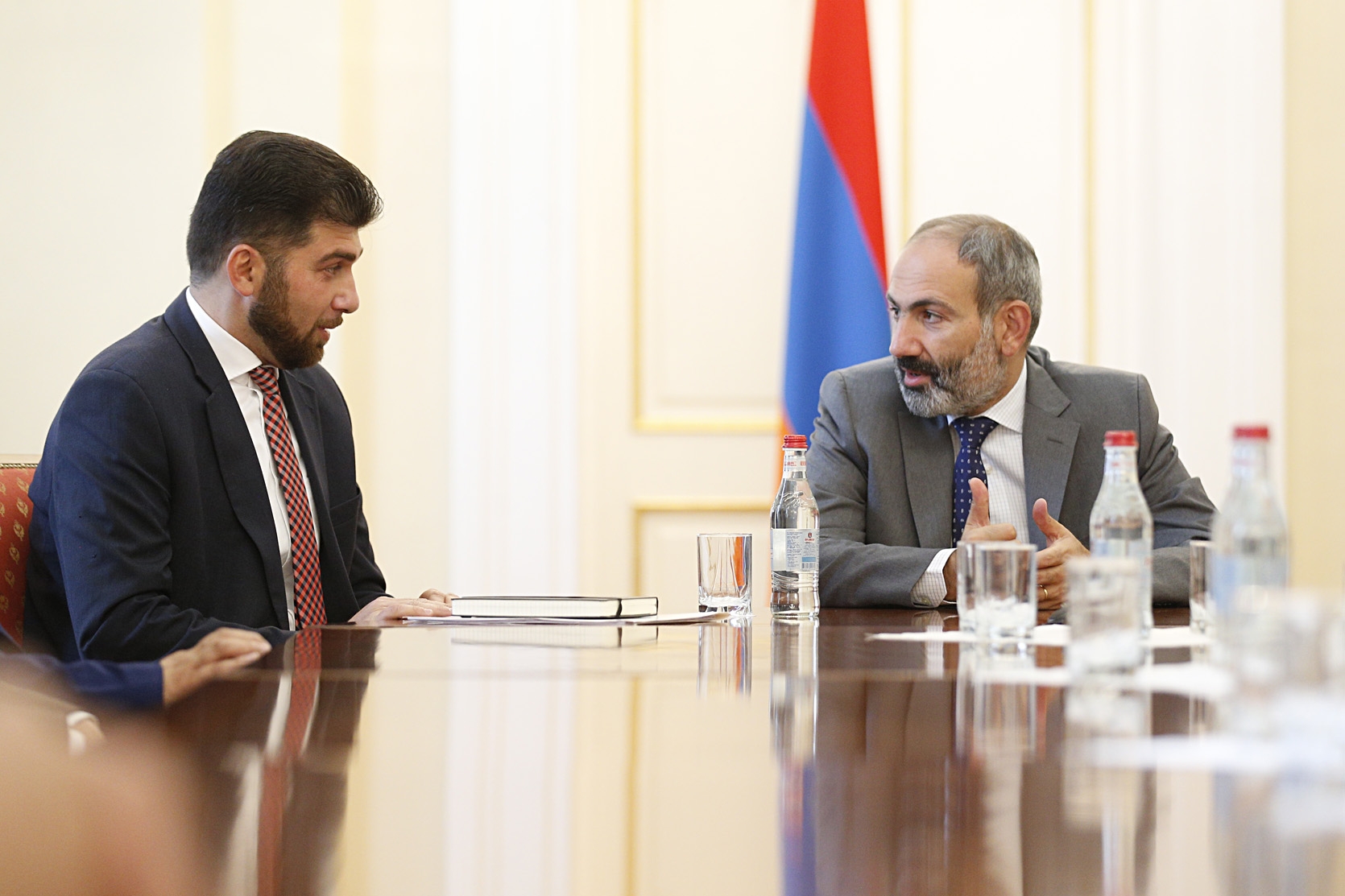 Davit Sanasaryan, the head of State Control Service, being introduced by Prime Minister Nikol Pashinyan in May 2018. Sanasaryan is now charged with abusing his power. (photo: primeminister.am)

The head of Armenia’s state anti-corruption agency has been himself charged with abusing his power, while he denies the charges and claims they are the result of political infighting.

Armenia’s National Security Service (NSS) announced on April 18 that they were accusing Davit Sanasaryan, the head of the State Control Service, on charges of “not carrying out his official duties and abusing his power in order to promote the interest of his employee’s business.”

Sanasaryan is a close ally of Prime Minister Nikol Pashinyan, a member of his Civil Contract party and an activist in the “Reject Serzh” protest movement that brought down the former government and swept Pashinyan to power nearly a year ago.

Pashinyan has made fighting corruption the center of his agenda and has repeatedly touted victories over corruption since coming to power. “We have managed to root out systemic corruption,” he told European lawmakers earlier this month.

The NSS did not provide details of the alleged corruption scheme, but the investigative news website Hetq reported that it was related to a tender for blood dialysis equipment for a state hospital in the northern city of Vanadzor.

According to their account, one Samvel Adyan, who was an employee of the State Control Service in charge of purchasing for state enterprises, changed the terms of the tender in order to benefit a company connected to his brother.

“They are stealing business on a state level,” Hrant Pivazyan, the head of another company who was preparing a competing bid, told Hetq.

Adyan and two other employees of the State Control Service were arrested in February in connection with the case. The new charges, however, allege that the scheme went to the top of the agency.

Sanasaryan is not under arrest but he has been forbidden from leaving the country. He has been temporarily relieved of his duties, but a spokesman for Pashinyan told the state news agency Armenpress that he has not been fired because Pashinyan respects the presumption of innocence.

In a combative press conference on the day the charges were announced, Sanasaryan said he was being accused because he was incorruptible, in order to create space for other corruption.

“I want to tell those mocking me that even in the grave I will fight against corruption,” he said, and suggested he might be a victim of an internal power play. “I believe the prime minister will not pursue a political persecution against me, but there are many people who would like to see me out of this position. The State Control Service has a lot of power and can step on many peoples’ toes.”

Analysts were still trying to interpret the meaning of the charges.

“If David Sanasaryan committed a crime, he should be subject to criminal liability strictly because there should be no corruption in Armenia,” said Daniel Ioannisian, an activist and coordinator of the NGO Union of Informed Citizens, in a Facebook live broadcast. “But I have serious doubts in this regard,” he said, suggesting that the NSS should not have pursued the case because another agency, the Special Investigative Service, regulates high-ranking officials.