Vasif Talibov, “khan” of “Azerbaijan’s North Korea,” has long been accused of exercising his totalitarian impulses. 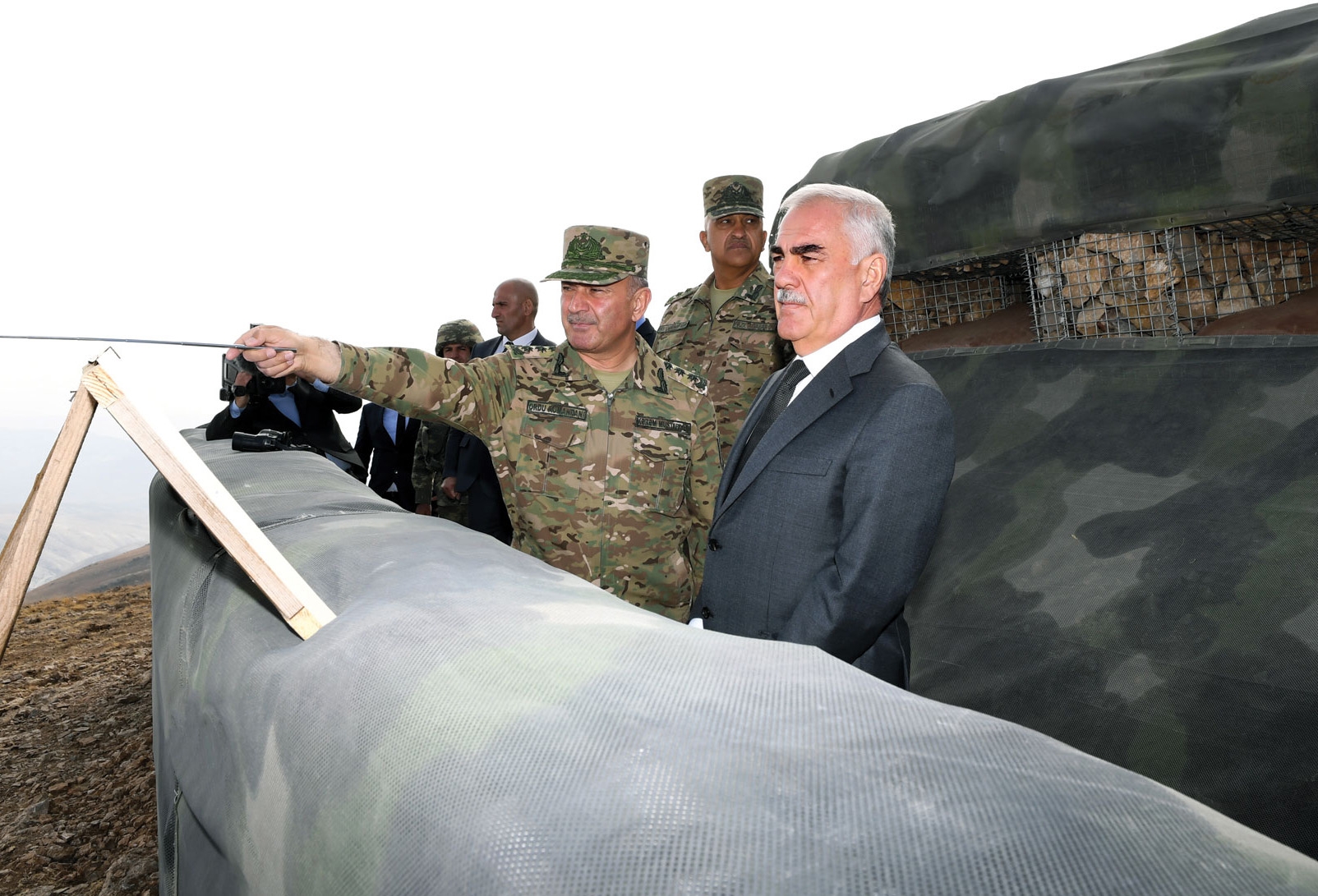 Talibov at a military exercise in October (government handout)

The leader of Azerbaijan’s Nakhchivan exclave has resigned, ceding control over a fiefdom he has ruled for almost three decades.

Known for running the most repressive corner of authoritarian Azerbaijan, 62-year-old Vasif Talibov cited health issues, though rumors had been circulating for weeks that the central government in Baku wanted greater control.

Talibov signed his resignation letter on December 21. Local lawmakers swiftly approved his departure as chairman of the Nakhchivan Autonomous Republic of Azerbaijan – a region long known by Baku activists as their country’s own “North Korea.”

Isolated Nakhchivan is physically separated from the rest of Azerbaijan by a stretch of Armenia. It also boasts Azerbaijan's only border crossing with close ally Turkey 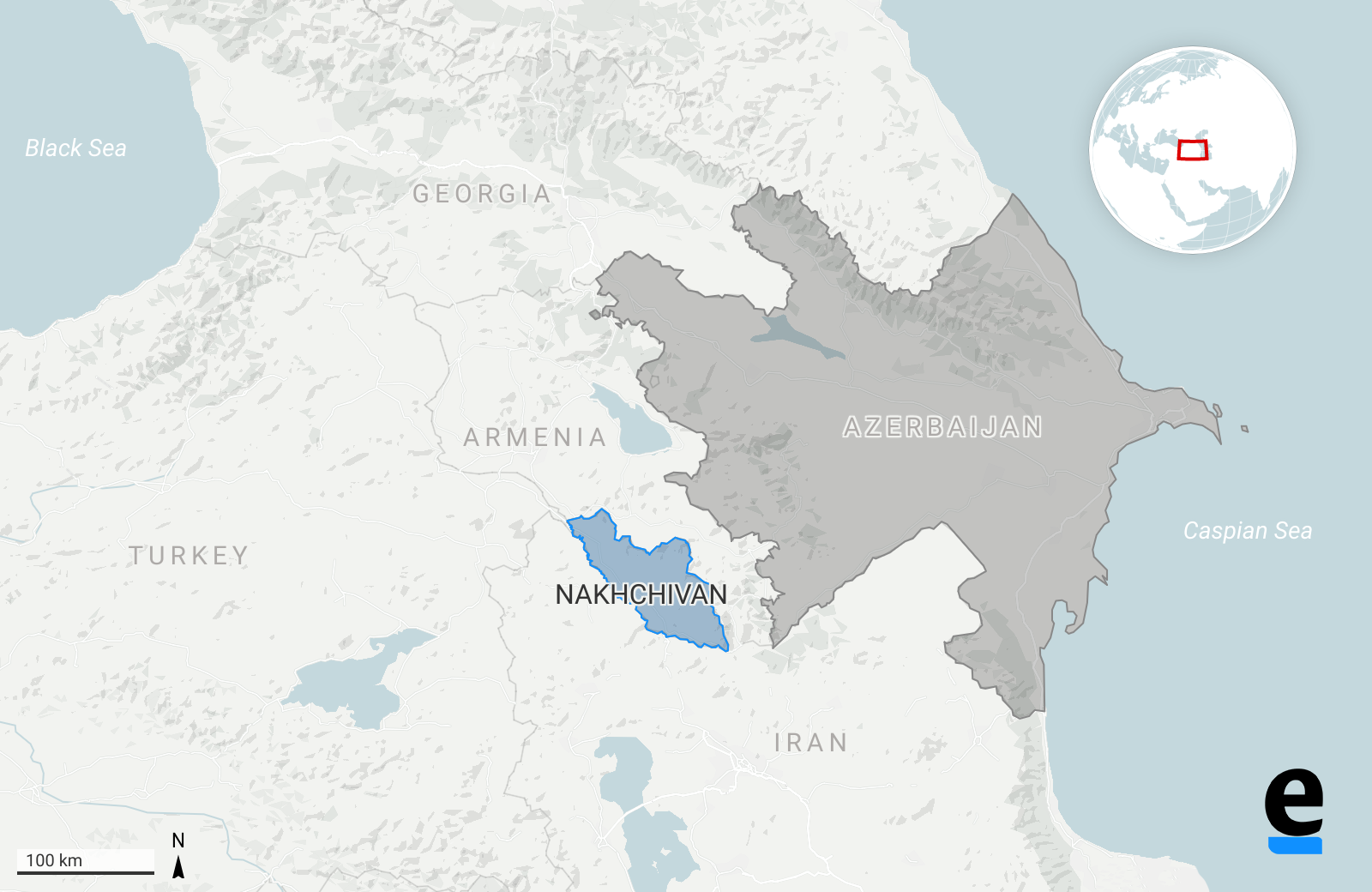 Few outsiders are able to visit the territory, which Talibov took over in 1995, when he was appointed by a relative, Heydar Aliyev, the father of the current president.

“Talibov’s rule has left the society with little hope, while widespread poverty and a high unemployment rate have had a dramatic negative impact on living conditions. The authoritarian rule and the destruction of civil society has been reinforced by strict censorship and grave human rights abuses,” said the Norwegian Helsinki Committee in 2009, one of the last times independent monitors were able to report from the territory.

Early this year, an investigation by the Organized Crime and Corruption Reporting Project found that Talibov’s sons Rza and Seymur had squirreled away $20 million in foreign bank accounts. Officially, Rza is a low-ranking official and Seymur is a member of the Nakhchivan parliament. In an accompany article, OCCRP said Talibov ruled Nakhchivan "through fear and violence," chronicling some recent abuses and noting that the population appears to have fallen dramatically in recent years because residents, fearful and jobless, are fleeing for Baku and Turkey.

Talibov departs as Azerbaijan and Armenia appear deadlocked over the status of Nagorno-Karabakh, Azerbaijani territory that has been controlled by ethnic Armenians since a war in the early 1990s. Karabakh, like Nakhchivan, had some autonomy under Soviet rule. While Aliyev had offered Armenians autonomy before the war, he withdrew that offer during a 2020 war, when Azerbaijan retook most of the Armenian-held territories.

Political analyst Sulhaddin Akbar, in a December 8 interview, told BBC Azerbaijani that “new realities [had] emerged in the region” following the 2020 war and predicted that Baku would take greater control of Nakhchivan. He called the territory's autonomous status "legal nonsense,” asking: “How can there be another state inside a state?”

Another commentator, however, predicts Nakhchivan’s status will not change. Writing on Facebook, Azer Gasimli, an independent politician, said he believes Ilham Aliyev and his wife Mehriban simply want more power and economic assets: "Today, a new era has begun in Azerbaijan. The process started after the 2016 referendum and ended today – the process of replacing the oligarchic system with a one-man system and family autocracy."