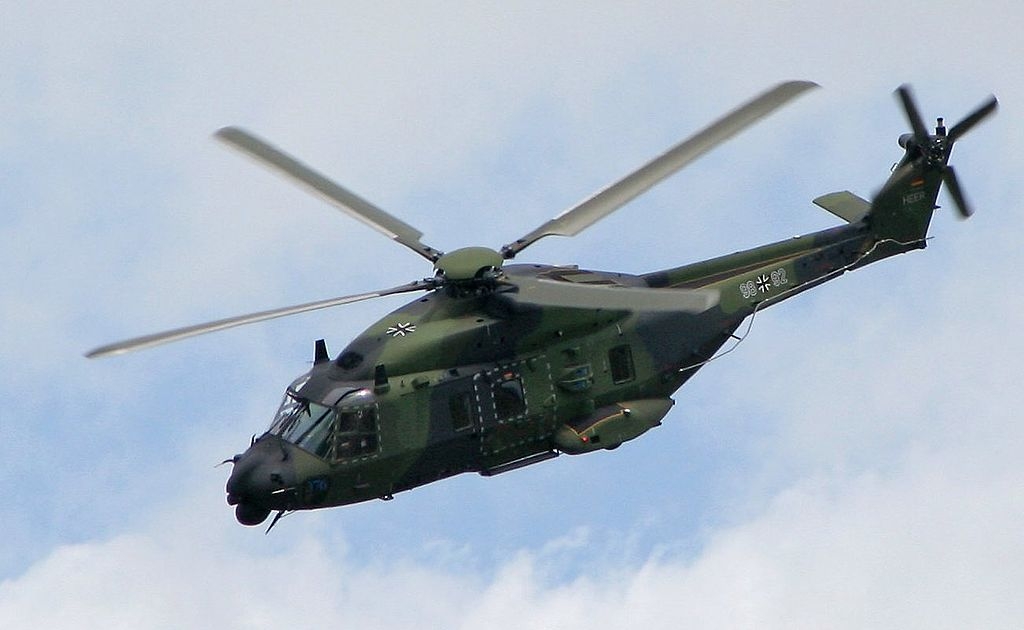 A German NH-90 helicopter of the type that crashed in Uzbekistan. (photo: Wikimedia Commons)

The crash of a German military helicopter in Uzbekistan in July has complicated the negotiations over the renewal of the agreement allowing the presence of Germany's air base in Uzbekistan, newspaper Die Welt has reported.

Recall that in July, a German NH90 military transport helicopter crashed near the base at Termez, Uzbekistan, just over the border from Afghanistan. Apparently the problem was so serious that the helicopter remains inoperable in Termez and the German Air Force has grounded its entire fleet of NH90s while it figures out the problem.

But the crash is also having implications over the secretive negotiations over extending the base's lease. According to Die Welt, the base agreement expires this week, on Friday. And while there has been almost no public information about the negotiations, some stories in the Uzbekistan press this summer suggested that Tashkent was trying to raise the rent, which has been between 10 and 15 million Euros a year.

Technicians from the NH-90's manufacturer, Airbus, are in Uzbekistan now, Die Welt reported.

Their mission: somehow patch up the helicopter for a short ferry flight to Mazar-i-Sharif. From there, it will proceed to be transported in an Antonov to Germany. Whether this rescue mission for the rescue helicopter will be successful is doubted by experts: the rotor blades were damaged and cables and hydraulic lines were scorched by engine fire. And even if the transfer should be technically possible, the Uzbeks must also give a flight release -- and after the collateral damage on the ground in June, rhetorical persuasion alone might not be sufficient.

The government in Tashkent knows that the Germans are under pressure, and not solely because of the helicopters. The agreement with the Uzbeks for the operation of air transport from Termez runs from last December to the end of the ongoing ISAF mission in Afghanistan on October 31 - i.e., next week when the new engines should arrive. The Ministry of Defense assured that negotiations for an extension were ongoing: the Termez site will also be needed in January for the commencement of the follow-up mission Resolute Support. There’s no assurance that the agreement will come cheaply at this point.

The "collateral damage" appeared to be nothing more than a ruined wheat field, for which Germany compensated the owners. So it's not clear why that would be too much of a sticking point. But it does appear that Uzbekistan does have the upper hand, if Germany can't get its helicopter out.

The German Embassy in Tashkent declined to respond to an email query from The Bug Pit. Who knows if we'll hear anything if or when the renewal agreement is reached.