The trade bloc's failure to stop contraband smuggling is connected to the high drama playing out in Kyrgyzstan. 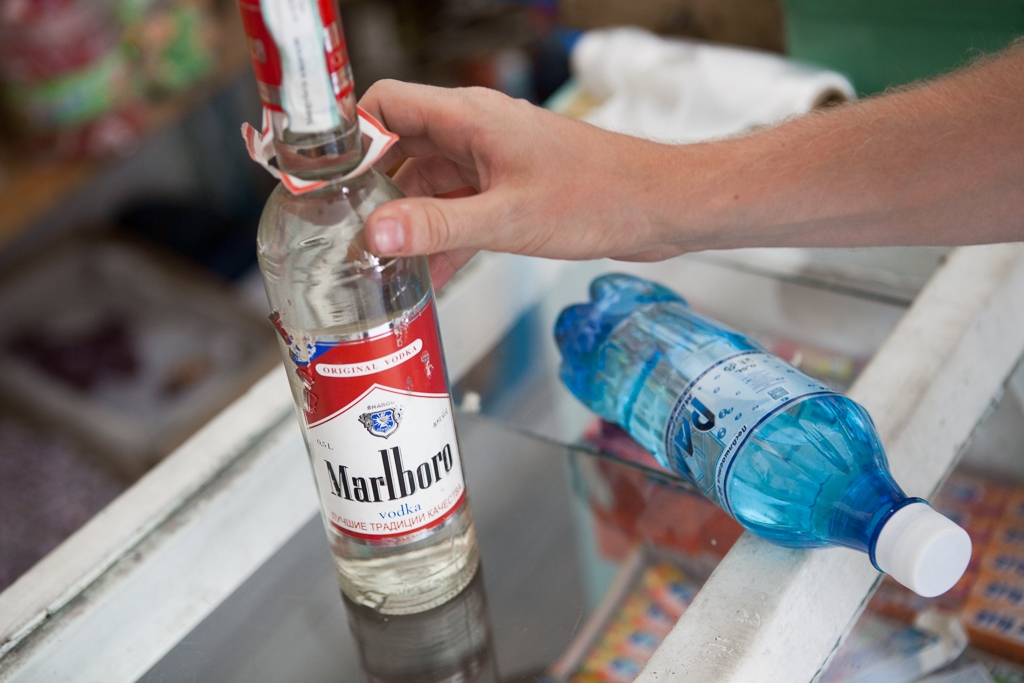 Two for the price of one. (photo: David Trilling)

The customs zone, said Sergei Glazyev, is flooded with counterfeits.

“We are doing a lot of work preparing normative legislation, but when it comes to implementation, things are not going well,” said Glazyev, whose official title is minister for integration and macroeconomics at the Eurasian Economic Commission, the EAEU’s permanent body.

It cannot help that the EAEU’s defenses look weak.

A report in Russian state newspaper Rossiskaya Gazeta ran a report on October 7 speculating that the smuggling of cigarettes into Kyrgyzstan may have collectively cost EAEU members up to $1 billion in lost tariff revenues. Cigarettes from Serbia, Tajikistan and parts of the Middle East are cropping up in Kyrgyzstan as a result.

Cigarettes are furthermore illegally circulating within the bloc, mainly to Russia’s detriment. One in four respondents to a recent survey conducted by the Russian Public Opinion Research Center, or VCIOM, admitted that they buy contraband cigarettes to save money. One in three people said they had come across cigarettes with foreign-language labelling. The languages in question, according to a Sputnik news agency report from October 23, tend to consist of Belarusian, Armenian, Kazakh – in other words, the languages of other customs union members.

Cigarette-smuggling into Russia is only likely to increase in 2021, when the government will implement a 20 percent hike on excise fees for tobacco products. But the hope is that the trend will slow or reverse by 2024, when EAEU members will under a mutual agreement be required to tax their tobacco goods in such a way that prices do not differ by more than 20 percent from one country to another.

This, of course, may compel poorer bloc members like Kyrgyzstan to render cigarettes unaffordable to much of its population, which could then once again spur a new cycle of smuggling.

It all feels topical in light of the high drama that has been playing out in the Central Asian nation. Smuggling and excise-dodging is perennially associated in Kyrgyzstan with Rayimbek Matraimov, an enigmatic eminence grise who is said by investigative journalists to have grown rich by abusing his high-ranking jobs within the customs service to oversee a colossal smuggling operation.

After much political turbulence and drama in October, Matraimov finally handed himself in to the authorities. He pledged to pay $24 million in damages owed to the state and was on the same day released to serve house arrest pending investigations that may never go anywhere. Critics of the country’s new leadership suspect Matraimov’s surrender was little more than theater. That would hardly bode well for the EAEU’s war on contraband.

Kyrgyzstan’s consistent “failure to meet quality and phytosanitary standards and technical regulations remains a hindrance to trade, especially within the Eurasian Economic Union,” as the World Bank noted in an October country briefing. So gray economy operators are doubly motivated to engage in smuggling: to get things into Kyrgyzstan and then to get them out.

Pharmaceuticals is another area where Russian-led attempts to enforce accountability on suppliers may run into implementation problems. A digital labelling system was devised in Russia in 2017. It became mandatory in 2019 to affix a digital Honest Sign on each cigarette package in circulation, meaning that it became possible to verify the provenance of the product in question. The same requirement is being phased in for drugs in 2020, much to the chagrin of suppliers, who say the system causes painful delays.

But the problems Russia is experiencing may be nothing compared to when EAEU partners are made to implement the digital labelling initiative. Anvarbek Moldotashov, an EAEU legal harmonization specialist at Kyrgyzstan’s Health Ministry, explained to pharma industry news website Remedium that companies in his country take a very dim view on labelling as it is.

“We have a massive amount of smuggling and counterfeiting, also major corruption,” Moldotashov said. “Russia should have transferred their system for labelling tobacco and alcoholic goods to our tax service, but they haven’t done it yet.”

EAEU solidarity is showing better health in other areas.

Russia’s State Duma on October 21 voted to ratify a collective agreement that will ensure expat laborers are entitled to claim a pension from a member country where they lived and worked, immaterial of whether they subsequently relocate back to their home nation. This agreement was signed by the bloc’s five leaders at a summit in St. Petersburg in December and is gradually being ratified by other legislatures too. Kazakhstan’s lower house of parliament adopted the agreement on November 4. Armenia’s president signed off on his own country’s ratification in June.

The sting in the tail, however, is that given the size of Russia’s gray economy – around half the country’s foreign workers are off the books and do not contribute to the Pension Fund, by one estimate – many may never see the benefit.

The COVID-19 crisis is bringing out another timely strain of welfare coordination.

The Eurasian Economic Commission in early October agreed to extend an exemption on import duties of certain items deemed useful in preventing the spread of the coronavirus through March 2021. But again, the devil is in the details. The exemption does not cover things that the commission feels are produced in sufficient volume within the bloc, such as tests, antiviral disinfectants, laboratory thermal bags and disposable personal protective equipment. What does qualify are components and materials needed to make drugs and disinfectants, respirators, goggles and rubber gloves, and stretchers.

The commission also says it is working on a mobile app that will ease the movement of citizens within the EAEU while the COVID-19 pandemic rages on. The system, explained Iya Malkina, the assistant to the Eurasian Economic Commission board chairman, would entail those wishing to travel to take PCR-based tests and then for that data to be loaded into the app. “The project is designed not only to ensure the free cross-border movement of people within the union, but also to expand integration processes among the member states," Malkina said. No date has been provided as to when the app will be available, however.

Alcohol producers in the EAEU are breathing a sigh of relief after the Eurasian Economic Commission decreed on November 3 that the introduction of union-wide technical regulations is to be postponed by one year, to January 2022. As Malkina wrote on Facebook, the delay has been approved to allow for some more tinkering with the regulations, which lay down compliance standards for production, storage, packing, transportation and sale.

Non-beer enthusiasts may turn away now. The postponement appears to have come at the behest of Russian malt barley producers, as the EAEU regulations will allow for upper limit of cheaper malt substitutes in beer – industrially produced enzymes, basically – to be increased from the 20 percent now envisioned by Russian law to 50 percent. Reduced demand for malt barley will, according to the estimates of producers, mean 230,000 fewer hectares of fields are needed to meet demand. That will then cost 30,000 jobs, they say.

Russian brewers using 100 percent barley malt are especially aggrieved that they would be exposed to unfair competition from manufacturers of a lower-quality and potentially more harmful product.

A battle for the preservation of malty beer is looming.